Which college football teams will play the most ranked opponents in 2019? 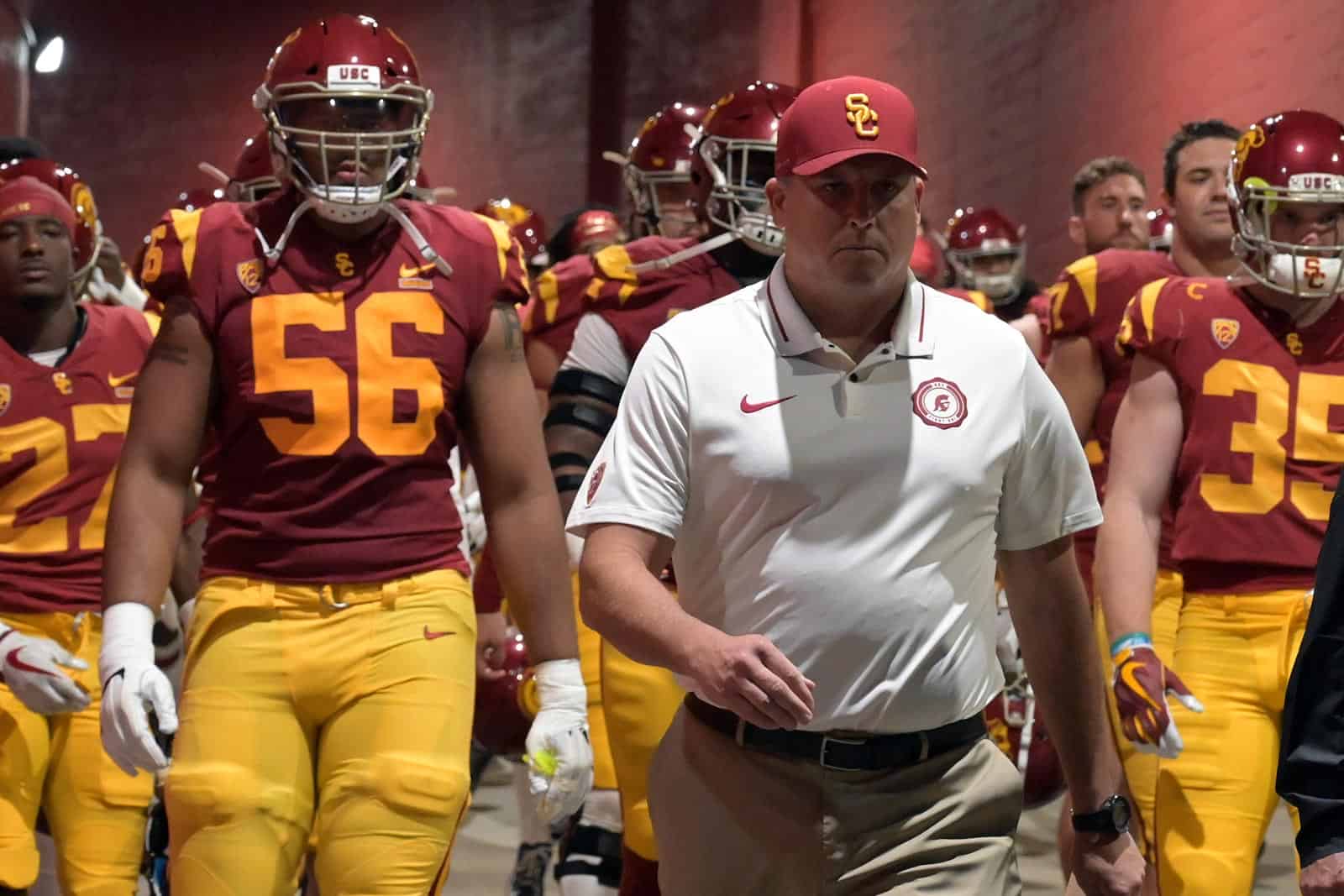 The release of the Coaches Poll preseason Top 25 gives us a window into which programs will be ranked going into their first games. After that, it’s back to things being decided by the greatest form of reality TV – live sports with zero scripts.

The first official Top 25 also affords an opportunity to gauge schedule strength based on a new parameter – how many ranked opponents a team will play during its upcoming campaign. Even though so much is destined to change between now and December, the programs listed here have an exceptional number of hurdles to face before making good on any postseason visions of grandeur.

Of the 64 Power conference members, only 18 (or 28%) have five-plus preseason ranked opponents on their 2019 schedule. Of these, a whopping nine – or half – hail from the Big Ten, five are Pac-12 members and four come from the SEC. The ACC and Big 12 are not represented at all.

What stands out immediately is that while the Big Ten may trump the SEC on the number of ranked members it boasts going into 2019, and therefore the number of ranked opponents its teams will face, the SEC wins hands down in difficulty. Where the six ranked SEC teams boast an average rank of 7.6, the Big Ten’s average ranking is more than double that at 15.3. As for the five Pac-12 members, they come in at 16.8.

Most notable among the top tier of teams playing the most ranked opponents are Texas A&M and South Carolina, both who add (1) Clemson to their already fraught SEC slates. Given that the Gamecocks draw (2) Alabama as their rotating opponent from the West while the Aggies draw (3) Georgia from the East, both schools are currently set to face the TOP THREE teams in the nation in 2019.

Honorable mention goes to Auburn, which avoids (1) Clemson, but draws (8) Florida as its rotating opponent and picks up (12) Oregon in non-conference play.

To put things further into perspective, take a look at the number of ranked opponent’s other top contenders will play in 2019.

Finally, here are the Group of 5 teams set to play the most ranked action this season.

New Mexico State plays at Washington State (21) and at Alabama (2) for an average of 11.5 which would be near the top of the G5 list. It seems you treat Independents as not part of G5, but Notre Dame is shown w/ P5 “top contenders” above.

These numbers are subject to change every week. Just because they are ranked preseason, doesn’t mean they’ll be ranked all year or even ranked going into Week 2.

I agree with that. I would love to see a follow up article at the end the season and see how much these numbers change!

The Committee seems to especially value Top 25 games so this can be an important tie breaker for the committee. Of course they actually only care about their rankings the week they are making their rankings, not the preseason coaches poll. It will be interesting if the Top 25 stays Big 10 and SEC heavy after many weeks of football.