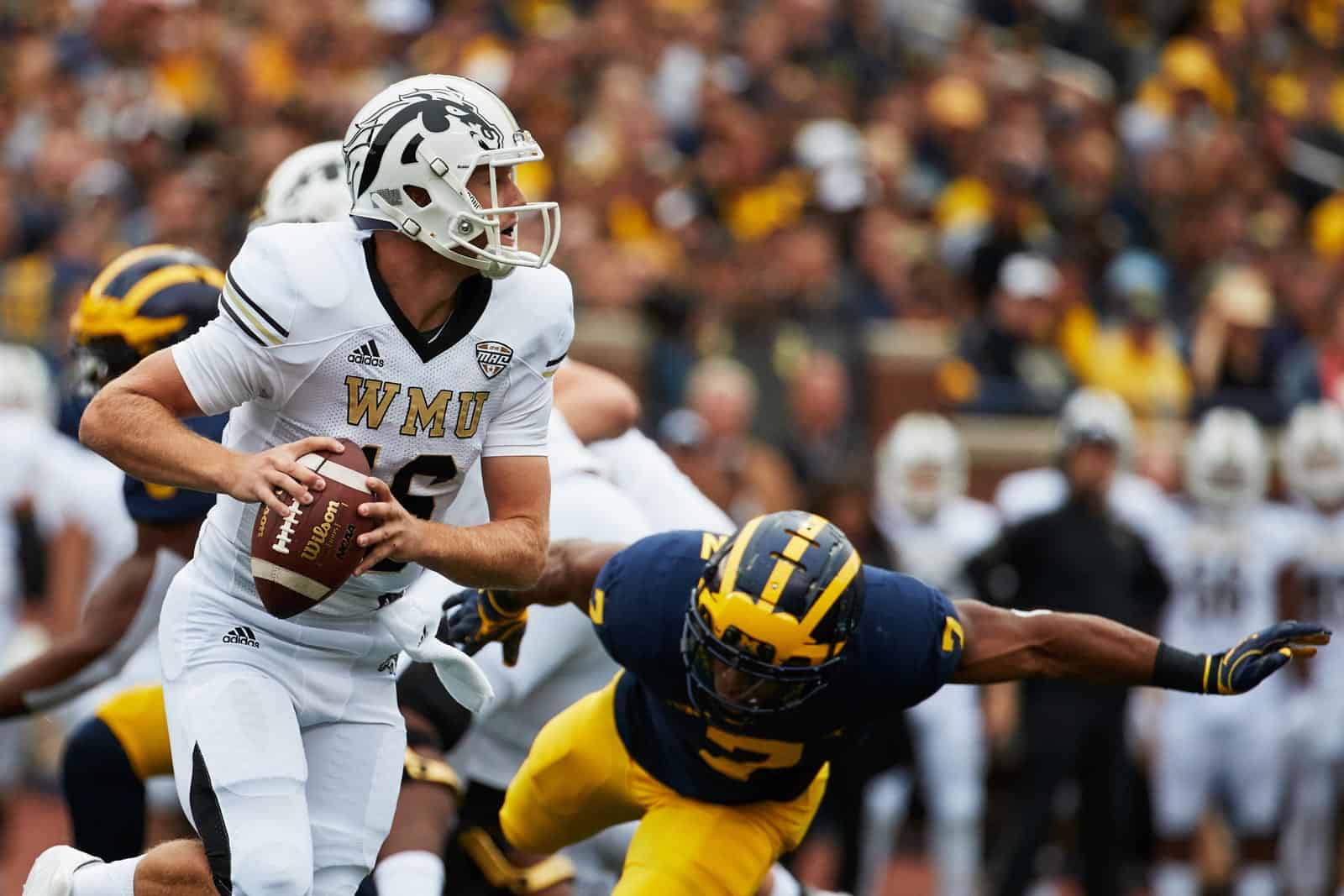 The Western Michigan Broncos have added three Big Ten opponents to their future football schedules, the school announced on Friday.

Western Michigan will travel to take on the Michigan Wolverines at Michigan Stadium in Ann Arbor on Sept. 4, 2021. WMU will receive a $1.4 million guarantee for the game.

In seven previous meetings, Western Michigan is 0-7 against Michigan. In their last meeting in 2018, the Wolverines defeated the Broncos 49-3 in Ann Arbor.

WMU will travel to take on the Iowa Hawkeyes on Sept. 2, 2023 and will receive a $1.5 million guarantee for playing the game.

The Illinois Fighting Illini are the third and final non-conference opponent added by Western Michigan today. WMU will travel to face Illinois at Memorial Stadium in Champaign on Sept. 20, 2025 and will receive a $1.5 million guarantee.

Western Michigan and Illinois have squared off six times on the gridiron, and the series is currently led by the Illini 4-2. In their most recent meeting in 2016, WMU defeated Illinois 34-10 in Champaign.

“Not only do these types of games offer great exposure for our student-athletes and our University, but they are also important in our financial sustainability,” WMU Athletic Director Kathy Beauregard said. “We become a stronger program through these opportunities. We want to compete with these teams, and not only compete, but have success.”

“We are excited for the opportunity to play Power 5 games in our region,” WMU head coach Tim Lester said. “It allows our fans to travel well with the proximity of these schools to Kalamazoo and will bring the benefit of additional national exposure to our program.”