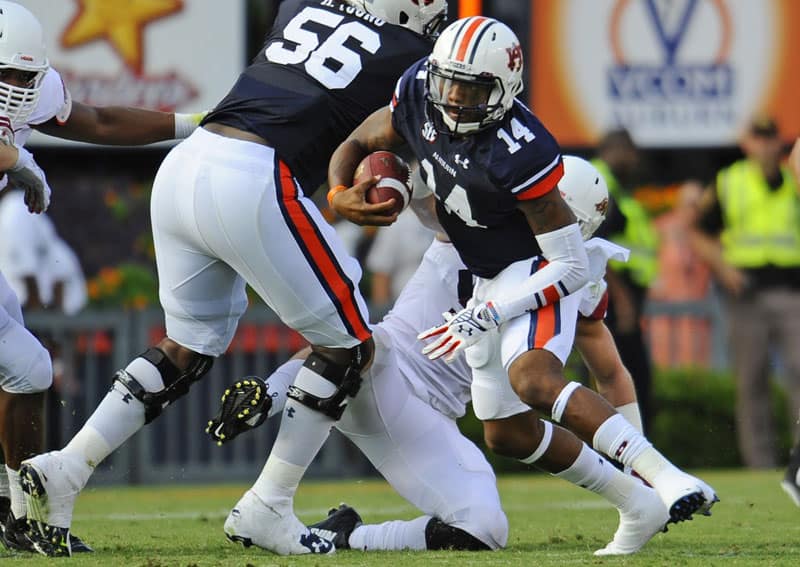 I must begin with a sincere and heartfelt apology for butchering this Weakly thing. I think it’s apparent that my picks are anything but weakly, but again, I am one of the most humble people you will meet in your entire life. Remember? I tried to tell you all how great at predicting games and how humble I am in the introduction piece to this weekly exhibition of pure genius. Read it and tell me how right I am.

Not to beat a dead horse — of course, because I’m humble — but I invite you to go ahead and read my picks from the previous three weeks. I know there are many of you that have heard about my humble greatness and are reading this piece for the first time. Go ahead. Catch up with Week 1,  Week 2 and Week 3 before you finish the recap of Week 3 and the picks for Week 4.

Week 3′s Weakly Comparison
Weakest Two
I only missed one game and it was the boldest prediction since that dude predicted the end of the world in 2011. Much like “that dude,” the prediction proved to be false at the end of the day, regardless of how close it came to being true.

Week 4 Predictions
South Carolina wins by three at home versus Georgia? Check. We predicted a much lower score, but we knew the Bulldogs had a knack for not handling success very well. We also predicted Todd Gurley would gain 135 yards rushing (actually had 131 — this is starting to read like every Phil Steele Magazine article ever written). To the chagrin of Georgia fans everywhere, history repeated itself.

Speaking of history, Kentucky was battling the 1) Gators, 2) history and 3) an officiating crew that didn’t bother checking the play clock in the first overtime. It took all three to defeat the Wildcats Saturday night in the Swamp. Mark Stoops and his ‘Cats will have us thinking more than twice before picking his team to lose in 2014.

UMass missed a 22-yard field goal. That is why Vanderbilt has a win today. Wow.

Arkansas has the best backfield in the nation outside of the SEC. 431 yards is a pretty good day when looking at yardage totals, but that 431 came on the ground alone. Can they keep it up this week?

We have survived the first quarter of the season. Let’s begin the second quarter with a few more SEC games on the slate. The previous three weeks were nothing more than preseason. The real season begins today. WHAT TIME IS IT? About 4pm Central Time in Nashville actually. Oh… GAME TIME!

Ooh wee! A Thursday night road game halfway across the country for the Tigers of Auburn. It was already a game that just didn’t sound like a very welcoming road trip, but it’s become an even scarier visit to Manhattan with the Wildcats getting off to a 2-0 start and a No. 20 ranking.

Kansas State and Auburn will both go into the game coming off a bye week. Although Kansas State is 2-0, the wins have come against Stephen F. Austin and Iowa State and they gave up 28 points to the Cyclones. The Wildcats don’t appear to do anything great and don’t really stand out at any position.

Other than home field advantage, I don’t see Kansas State’s offense or defense having a big enough impact against this Auburn team. Look for Auburn to take the crowd out of the game by jumping on Kansas State early and hold on for a relatively convincing win.
FINAL SCORE: Auburn 49, Kansas State 27

Poor Georgia. Here they are with this great team that has played pretty well in two games and they once again find themselves coming off a loss to South Carolina early in the season. All is not lost in 2014 for the Bulldogs and there’s no time to mope around Athens with Tennessee on the horizon. But first, let’s take it one game at a time sweet Jesus and get prepared for Troy’s Trojans.

Hopefully for Troy, they were just looking ahead to Georgia on Saturday when they lost a 35-28 nail-biter to The Abilene Christian University Wildcats at home.

Basically, what I’m trying to say is every Georgia running back will run for 200 yards and score 3 touchdowns. This will be one of those games where you tell everybody to “Watch ‘is” when the UGA-Troy score rolls across the crawl. Fans who prefer to keep a corn cob placed firmly within their John Brown hind parts will despise Mark Richt’s request that every player get a 15-yard celebration following every first down and touchdown.
FINAL SCORE: Georgia 77, Troy 0

SMU is the home team for this terrible beating they are about to withstand. I just hope Eric Dickerson can make a few plays. Sorry. You knew that was coming.

Old Mill Hill will throw for 450 yards and people will be like, “Dang. You see that QB at A&M? He was doing good yesterday, boh.”

From what I understand, Florida and Alabama will play the CBS game this Saturday if the Kentucky-Florida game ends in time. Hey ohhhhhhh.

Florida’s defense is good enough to slow down Alabama’s running game — for about 1.5 quarters. Alabama’s offense is good enough to throw the ball effectively for those 1.5 quarters and will then spend the next 2.5 quarters rotating Yeldon, Henry and Drake in at running back. Yeldon may feel like scoring from 20 yards out or so. Henry may want to get a 50-yard touchdown and Drake might want to get an 80- or 90-yard touchdown. The fun part is whether Drake will score on this play with a screen pass or a run. Oh the tangled web of offensive fun Lane Kiffin is weaving.

Alabama and Florida last played in the regular season in 2010 and 2011. Alabama outscored Florida 69-16 in those two games. Florida’s only touchdown came on the first play of the game in 2011.

This game will not be fun for Florida. Honestly, it may not be fun for Alabama fans, but there are always those fans who enjoy being annoyed with people who have the gall to smile following a win.

The ‘Tide will not look as dominating as they have looked against Florida Atlantic and Southern Miss — DUUUUUHHHHHH — as the defensive secondary will have a tough time keeping Florida’s athletes on offense under control between the 20’s. Alabama will make enough plays on defense after the Gators cross the ‘Tide 30 to keep them out of the end zone and ‘Bama will win going away.
FINAL SCORE: Alabama 30, Florida 16

Do me a favor. Each time someone says, “Hey. This would be a good game… IF IT WERE BASKETBALL SEASON!!!!” please promise me you will punch and kick the air and yell random stuff like, “Come on! Are you serious? You. Have. Got. To. Be. Kidding. Me,” like that dork Tom Cruise does in most every single one of his movies. Call YouTube and have them send a camera crew or two out to get it on video. I’m punching the air and making my hair be all jumpy like Tom Cruise just thinking about it.

That’s all I really want to see happen here. We all know Missouri will win this game and they appear to be as a legit contender in the East as anyone.
FINAL SCORE: Missouri 44, Indiana 17

The Hogs proved our Week 3 keys to be dead on in last week’s road victory over Texas Tech in Lubbock. Arkansas’ run game dismantled the Texas Tech defense with a mind-boggling 431 yards and 7 touchdowns.  Alex Collins ran 27 times for 228 yards and 2 touchdowns while Jonathan Williams added 147 yards and 4 touchdowns on 22 carries.

We mentioned Texas Tech giving up 227 rushing yards per game in last week’s picks as being the difference in this game and they allowed that average plus a yard to Alex Collins alone.

The next challenge for Arkansas will come when they welcome Northern Illinois to Fayetteville for an ESPNU night game at Donald W. Reynolds Stadium. The first challenge was getting over the hump and getting a win. Saturday’s challenge will actually begin on Monday when the Hogs are preparing to play a game after a big win. Can they handle the pats on the back and the newfound joy of victory? Sometimes a home game becomes a disadvantage after a big win the previous week. Ask Virginia Tech after Saturday’s loss to East Carolina.

With all that being said, the biggest positive to take from Arkansas’ dominance is the fact that it’s coming through the run game. There’s no secret what Arkansas will do and unless the Razorbacks just go completely soft prior to the game, they should be able to run at will versus the Huskies Saturday night. Arkansas could be a little flat out of the gate and Northern Illinois has a potent enough offense to capitalize on the flat start, but expect the Callers of the Hogs to win two games in a row for the first time since 2013 when the Pigs beat Samford and Southern Miss.
FINAL SCORE: Arkansas 42, Northern Illinois 21

I don’t know what to expect, but then again I’m here to predict the games and that’s why people are trying to read this while they drive to work in the mornings.

Watch for State’s ability to stop LSU’s ground game. If they force LSU to throw the ball, the Bulldogs may find themselves in position to win. Wisconsin showed that it’s possible to run and pass on the Bengal Tigers, but then again that was Wisconsin and the Badgers also fell flat on their face in the second half once LSU made adjustments on both sides of the ball.

Is Dak Prescott the real deal? We’ll find out. Much like Kentucky last week, a valiant effort by MSU will fall just short and the home team will come away victorious.
FINAL SCORE: LSU 28, Mississippi State 23

This is setting up really nicely for Vanderbilt. South Carolina coming off a huge win over Georgia last week and Vandy coming off that game they didn’t lose versus UMass. Who you wit’? VEE YOU!

With that being said, I have no reason to pick Vanderbilt to win anything in 2014 outside of Omaha, Nebraska.
FINAL SCORE: South Carolina 38, Vanderbilt 6