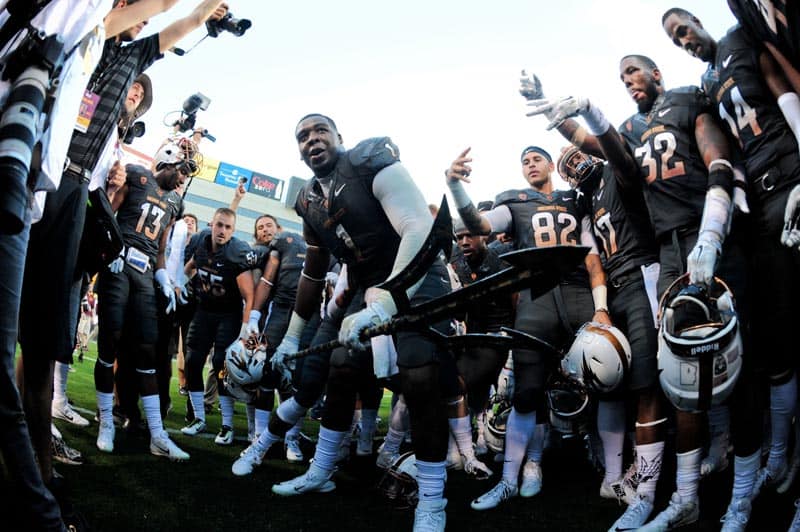 Boy, was Week 11 fun or what? It was certainly an action packed week of college football as games started Tuesday this week and concluded on Saturday.

Without any more delay (since I am a little late in writing this story), let’s get to categorizing some college football games.

This trio of games was a joy to watch. It was literally down to the wire between the Tide and Tigers in Death Valley, while the Sun Devils gave the Irish a run for their money. Meanwhile, Urban Meyer’s Buckeyes squeaked out an upset over the Spartans.

A pair of games that I consider “toss up” contests were the games featuring Penn State vs. Indiana and TCU vs. Kansas State. These games, for the most part, could have gone either way. Kansas State has been an up-and-down team this season, in my opinion.

It was a great day in Texas on Saturday! The Aggies and Longhorns got major upsets, while the Horned Frogs, as previously noted, also got a nice win over Kansas State. Props to the Aggies, who started strong and have recently struggled, for stunning #3 Auburn. Meanwhile, the Longhorns, under Charlie Strong, dismantled the Mountaineers, who started having a pretty impressive season up until the last two weeks.

Auburn is one of the best teams in america but their defense is getting worse & worse, now their out of the playoffs, sad. The Ohio State seems to be getting better, week in & week out mean while Notre Dame can’t keep up in the score department. Some weeks Bama is unbeatable & some weeks Bama acts acts like their playing stiff, Bama needs to open it up this weekend against Miss St, may be a high scoring one.

Hate it for Auburn-they’re a better team than demonstrated last Saturday. But they fell out where they should be. A couple of questionable calls could have given them a squeak out but should have never been in that position. MS ST has played consistent- hope they want it bad enough– good for them!