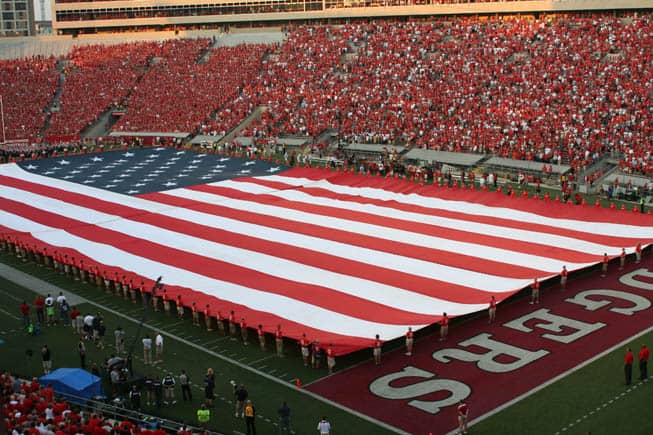 If you have never been to Madison, Wisconsin then you have missed out on one of the truly great college towns that this nation has to offer. Whether you’re in town to see the Badgers hockey, basketball, or volleyball teams, you will be greeted with beautiful venues, friendly fans, and the lingering scent of bratwurst.

When it comes to football, a mid-October visit to Camp Randall Stadium is what the Big Ten is all about. The late afternoon start this weekend (2:30 pm CT) with the Northwestern Wildcats visiting gives visiting fans ample opportunity to explore the Wisconsin state capital, and the many great area bars and restaurants. 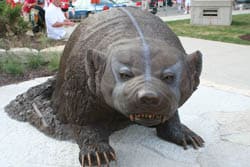 Northwestern and Wisconsin haven’t squared off since 2010, when the Wildcats were routed by the Badgers at Camp Randall Stadium 70-23. The boys from Evanston already will feel like they have something to prove and will want to rebound after their close loss to Ohio State, but coach Pat Fitzgerald will almost surely have the score of the game from three years ago in mind.

Camp Randall Stadium, which opened in 1917, is the 4th oldest FBS stadium in the country. Originally the site was a training base for Civil War soldiers. With 13 Big Ten titles, and two Heisman Trophy winners calling this stadium home, there is plenty of history, and the student section performing “Jump Around” at the end of the 3rd quarter will give you chills regardless of the team you’re rooting for.

If you have the means to make a weekend college football getaway happen this weekend, then head to Madison. You’ll be in for a treat.

Paul Swaney is the President and Co-Founder of Stadium Journey.

Looks like it’s going to be a great game!

I want to wish everyone in Madison a Merry Isthmus.

The Badgers may not have played Northwestern in MADISON since 2010 but they played the Wildcats in Evanston last year (2014) and LOST (NU 20, UW 14). This game was the Badgers only regular season loss in the Big Ten!