Washington State still set to play at Wisconsin in 2015 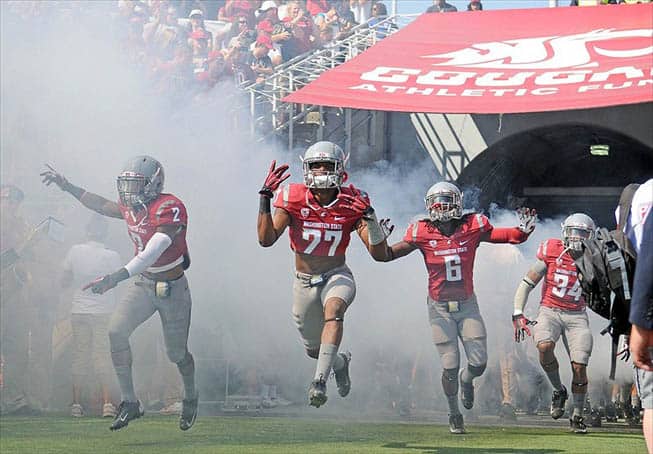 In an email, Stevens said “we had previously moved our Wisconsin game in 2015 to Sept. 19.”

Last week, Wisconsin announced that they will face the Alabama Crimson Tide at Cowboys Stadium in Arlington, Texas on Sept. 5, 2015. That was the same date that Washington State was slated to visit Camp Randall Stadium in Madison.

The two schools are also scheduled to open the 2014 season on August 30 at Martin Stadium in Pullman. The 2014 and 2015 games are part of a two-for-one football series that began in Madison in 2007.

Interestingly, contact with the Wisconsin athletics department about the 2015 Washington State game did not yield the same response.

“Because of the all the uncertainty with the conference schedule at this point, the only set game we have right now for 2015 is the Alabama game to kick off the season,” Brian Lucas, Wisconsin Director of Athletic Communications wrote.

Wisconsin is likely just covering their bases as future Big Ten schedules are in flux. The conference will move to a nine or ten-game football schedule, perhaps as early as 2014 when Maryland and Rutgers join.

With that impending change, future non-conference schedules for every Big Ten team could also be affected.

Won’t be surprised if Mike Leach wants out of this game. Early on in his days at Texas Tech, he bashed his AD for setting up tough games, like at Ohio State in 2002

Sorry Derek, but don’t be surprised if it’s the Badgers backing out of this game. Try to find the last time Wisconsin scheduled two NC games in the same season from BCS Conferences? Barry may think and talk big, but he’s still Barry. The only difference now is that he won’t be blamed for the loss. Once a schmuck, always schmuck.

Wow Chuck, calling Barry A. a schmuck. I thought it was only us in the Pac 12 that thought and knew he was blow-heart. I looked back ten+ years and couldn’t find where Wisconsin has extended their non-conference schedule. As you said, “thinks and talks big” but….