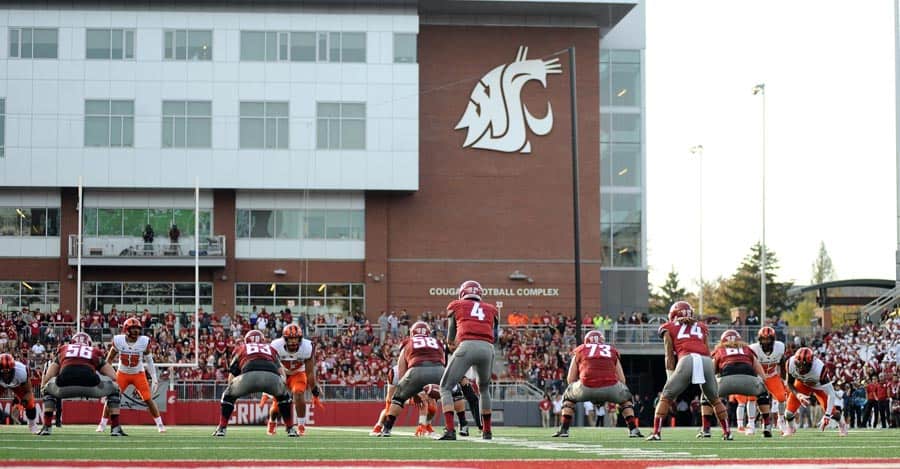 The Washington State Cougars have made two date changes to their 2017 football schedule, according to documents obtained via a public records request.

Washington State was previously slated to open the 2017 season at home vs. Nevada on Sept. 2. However, the two schools agreed last month to push the game back two weeks to Sept. 23, 2017.

The second game that has changed is Washington State’s home game against Montana State, which was previously scheduled for Sept. 16, 2017. The two schools have agreed to move the game up two weeks to Sept. 2, 2017.

Washington State and Montana State agreed to the 2017 contest back in 2014. The Cougars will pay the Bobcats a $425,000 guarantee for the game.

Based on the Pac-12 rotation, Washington State will host Colorado, Stanford, and Oregon State in 2017 and travel to Arizona, California, Oregon, and Washington. The Cougars will also play USC and Utah at sites to be determined.