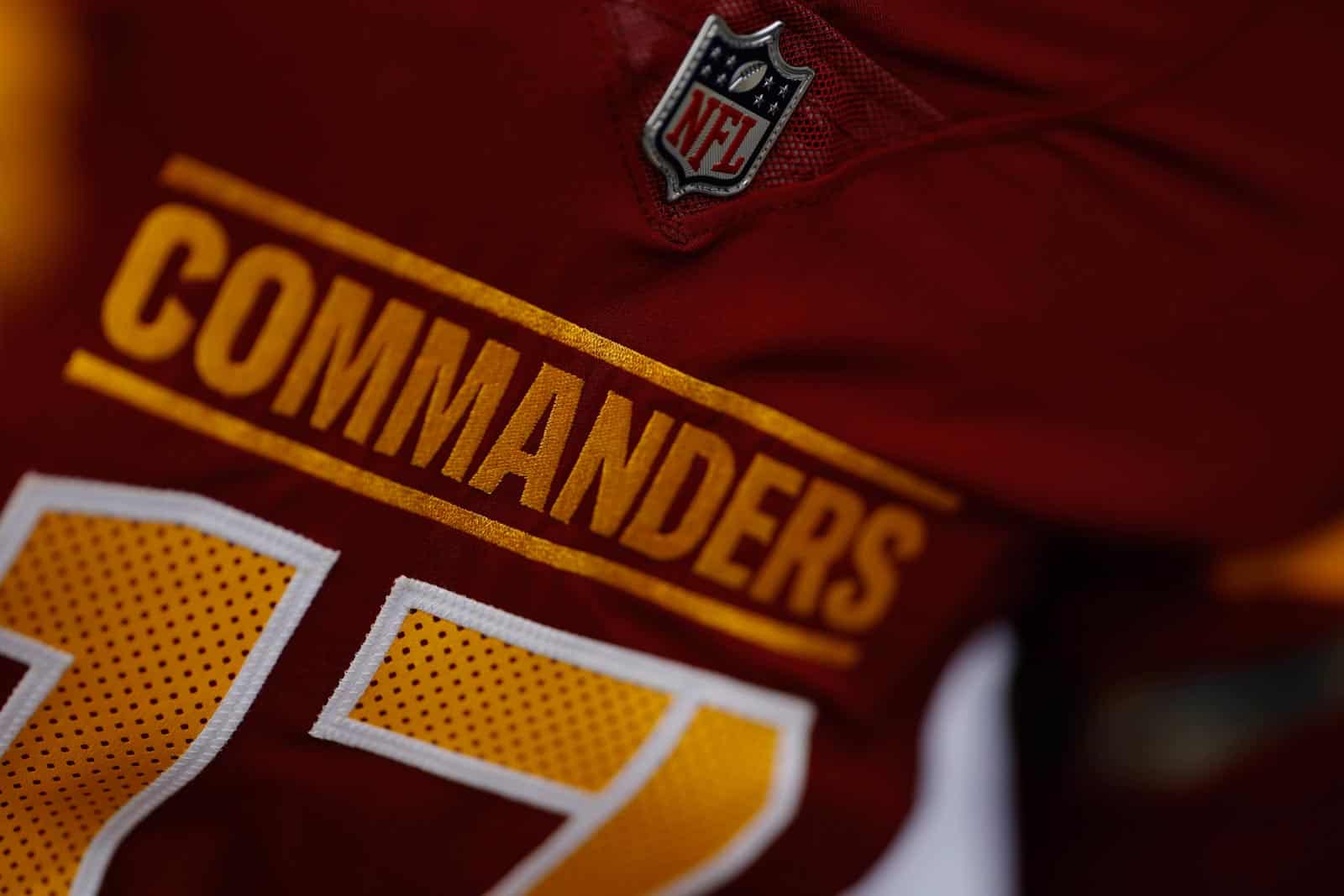 The Washington Football Team has selected Commanders as their new team name, it was officially announced on Wednesday.

According to a statement from the team, their new name “…embodies the most powerful aspects of Washington’s story by paying tribute to the team’s rich history and championship culture, personified by mission-driven players who take command, forge success and break barriers on and off the field.”

Washington spent the last two seasons as the Washington Football Team after retiring the Redskins nickname following the 2019 season.

“As an organization, we are excited to rally and rise together as one under our new identity while paying homage to our local roots and what it means to represent the nation’s capital,” said co-owner and co-CEO Dan Snyder. “As we kick-off our 90th season, it is important for our organization and fans to pay tribute to our past traditions, history, legacy and the greats that came before us. We continue to honor and represent the Burgundy & Gold while forging a pathway to a new era in Washington. Today may mark the first day for the Washington Commanders, but we are and always will be Washington.”

As part of the rebrand, the Washington Commanders also revealed their new primary logo.

“Through more than 40,000 fan submissions and countless surveys, focus groups and meetings, this 18-month rebrand process has been a collaborative effort with our fans, alumni, players and local DMV community, all leading to today as we embark on a new chapter in our legacy as the Washington Commanders,” said co-owner and co-CEO Tanya Snyder. “Going into our 90th year, we are excited to celebrate the rich history of the Burgundy & Gold while also paving the way for new traditions as the Washington Commanders.”

I liked Red Tails best due to the military history and the red tailed hawk is wide spread across the country.

Commanders sounds like something from the USFL, CFL, or even the XFL. Seems too generic for the NFL. Maybe that will change with time.

Announcing on 2/2/22, I thought they were going to be the Washington Deuces and have a pile of crap as a mascot.

Common Deers is okay! Antlers Up!

They should change their colors to red, navy blue, and white, like the US flag and the other big 4 teams in DC.

It’s a requirement to fully move on from “Redskins”.

The Washington Commanders helmet is not showing up on the schedule pages. It is still showing the WFT helmet with numbers. I am sure it’s probably in the works, but in case you didn’t know, you do now.