Washington at Washington State football game canceled due to COVID-19 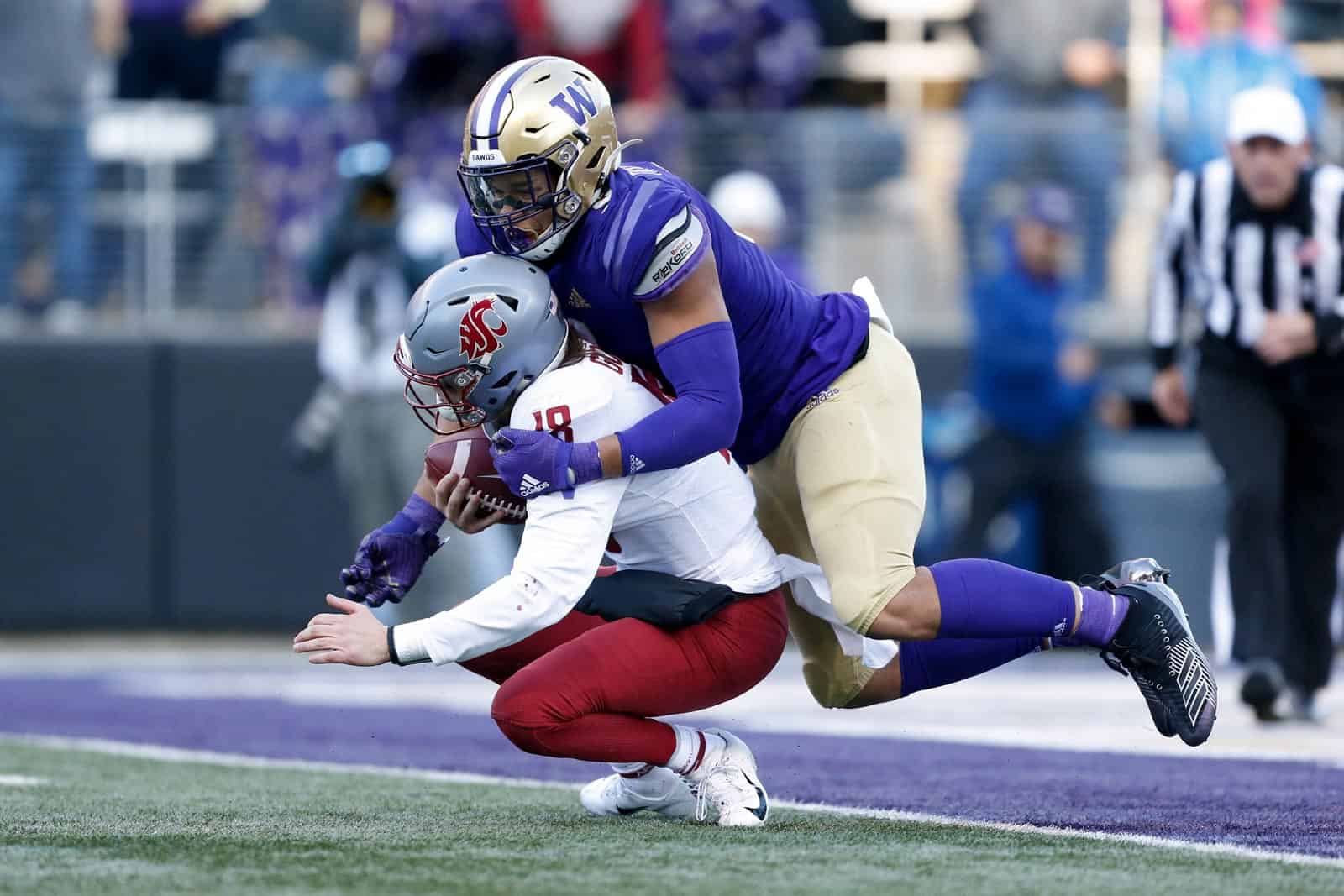 The Washington Huskies at Washington State Cougars football game has been canceled due to COVID-19, the Pac-12 announced on Sunday.

The two schools were scheduled to meet at Martin Stadium in Pullman, Wash., on Friday, Nov. 27 in their annual rivalry game dubbed the Apple Cup. The game was canceled due to “…Washington State not having the minimum number of scholarship players available for the game as a result of a number of positive football student-athlete COVID-19 cases and resulting isolation of additional football student-athletes under contact tracing protocols.”

The Pac-12 is declaring the matchup a no contest. There is a possibility that the game could be rescheduled for Saturday, Dec. 19 if neither team qualifies for the Pac-12 Championship Game.

“This is so disappointing for our players, coaches and staff, as well as Husky Nation as we were all looking forward to the Boeing Apple Cup this week,” Washington Director of Athletics Jennifer Cohen said. “This is one of the best rivalries in college sports and every year we circle this game at the start of the season. We will work with Pac-12 to prioritize this game and look into any opportunities to play it should there be an open date for both schools down the road. We also understand that the Pac-12, in conjunction with local and state officials, developed policies that placed the health and safety of students, coaches and staff as the top priority. We want to provide an opportunity for our football program to compete this weekend and are working to find another opponent.”

This is the second game canceled this season for Washington. Their season-opening contest at California was also called off. The Huskies are next scheduled to play on Saturday, Dec. 5 at home against Stanford, unless they find a replacement opponent for Thanksgiving weekend.

“After assessing the overall status of our football program, we remain under the minimum threshold of 53 available scholarship student-athletes and cannot forecast a scenario that allows us to reach that threshold by the end of the week,” Washington State Director of Athletics Pat Chun said. “Earlier today I communicated with President Schulz, Commissioner Scott and Washington Director of Athletics Jen Cohen our current situation. While this is another heartbreaking week for our football program, the health, safety and wellness of our student-athletes, coaches and staff remains our top priority.

“The Boeing Apple Cup is one of the most sacred rivalries in all of sports and one of the most meaningful days of the year for all Washingtonians. It’s gut-wrenching and disappointing for our student-athletes and coaches as well as those at UW. As we work through the remainder of our schedule, we will continue to communicate with the Pac-12 Conference and UW if any scenario would emerge that would allow us to reschedule the game at a later point in the season.”

Washington State also had to cancel their game on Saturday, Nov. 21 at Stanford. The Cougars are slated to return to the gridiron on Friday, Dec. 4 on the road against USC.

Why should the team cancelling be given a pass? They should be given a loss and the other team a win. It is not fair for the teams that are following the COVID precautions and staying safe to have a lost game because their opponent is choosing to be careless. The team cancelling needs to be penalized, not the team that is healthy and can’t play. Figure it out Pac12.