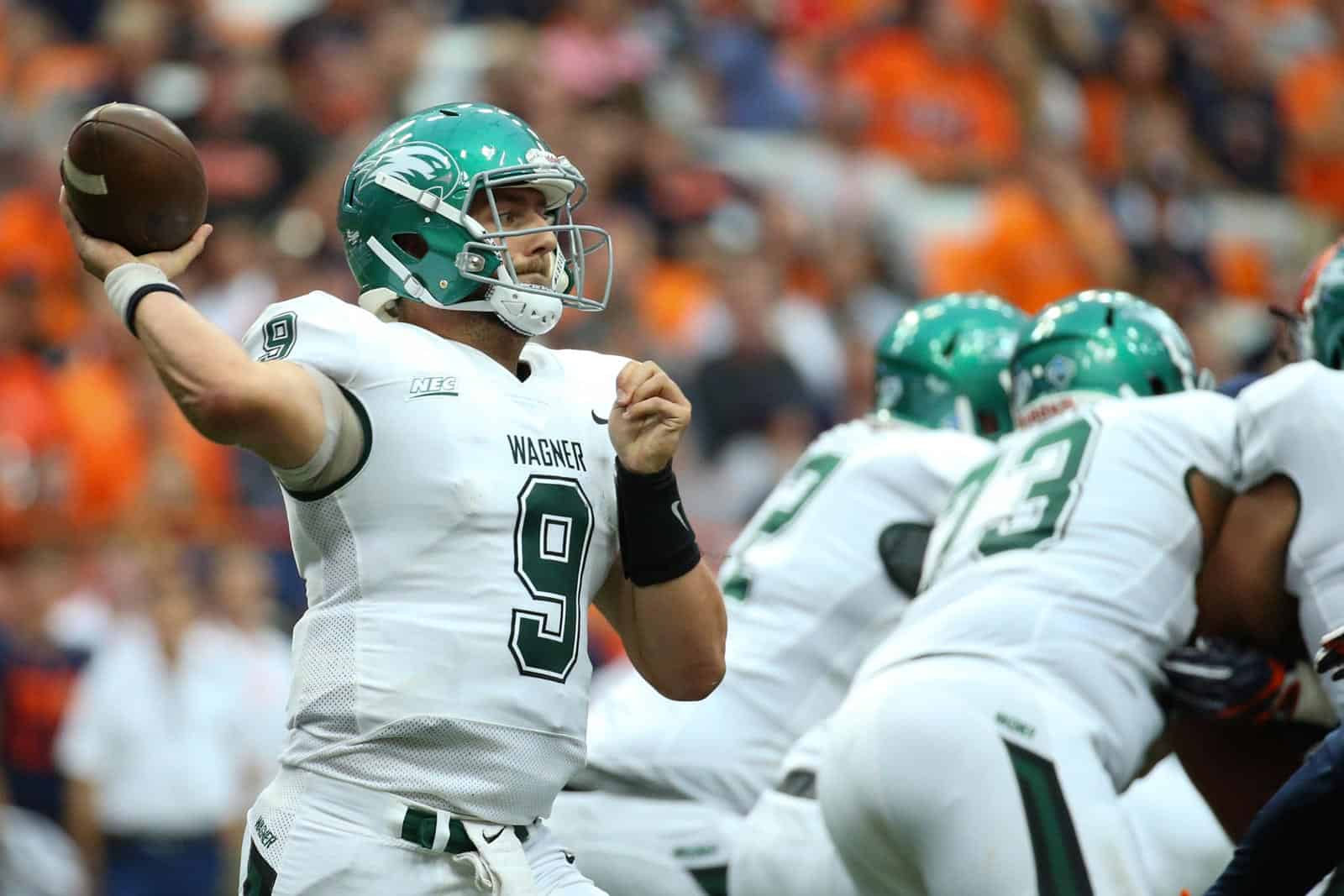 The Wagner Seahawks have announced their 2019 football schedule, which includes six home games and 12 contests overall.

Wagner will open the 2019 season with a non-conference contest on the road on Thursday, Aug. 29 at the UConn Huskies. The following week on Sept. 7, Wagner opens their home schedule against the East Stroudsburg Warriors, a Division II team, at Wagner College Stadium in Staten Island, New York.

The Seahawks then travel for back-to-back contests, first at the Stony Brook Seawolves on Sept. 14. Wagner then visits the Florida Atlantic Owls on Sept. 21, their second and final Football Bowl Subdivision (FBS) opponent of the season.

Wagner then kicks off Northeast Conference (NEC) play at home against new member Long Island University on Sept. 28. LIU are currently named the Pioneers, but they are combining their Post and Brooklyn athletics programs and will soon announce a new nickname and logo.

The Seahawks step out of conference play on Oct. 5 to play their final non-conference game of the season against the Monmouth Hawks at Wagner College Stadium.

Following an off week, the Robert Morris Colonials visit Staten Island on Oct. 19 before Wagner travels to face the Duquesne Dukes on Oct. 26.

The Seahawks kick off November with a home contest on the 2nd against the Central Connecticut Blue Devils. Next, Wagner plays consecutive road contests at the Sacred Heart Pioneers on Nov. 9 and then the Saint Francis U. Red Flash on Nov. 16.

Wagner closes out the 2019 regular-season at home on Nov. 23 against the Bryant Bulldogs.

Last season, the Seahawks finished with a 4-7 overall record and a 3-3 record in NEC action. Wagner last won the Northeast Conference championship in 2014 (co-champions).

Sort of cool to finally see college football gain traction in New York state,there are ample teams to create great rivalries…Army and Syracuse need the competition on the field!