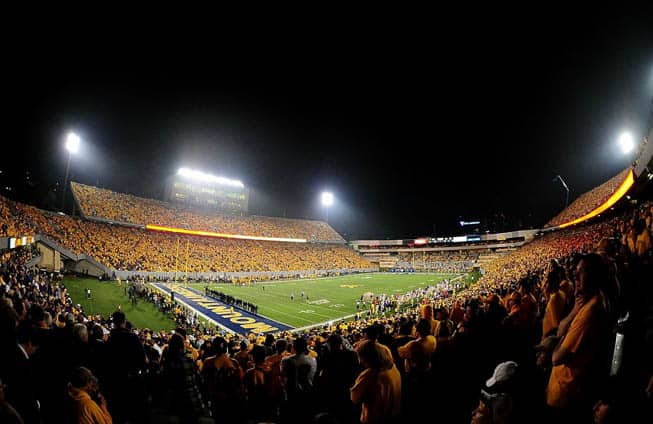 The Virginia Tech Hokies and the West Virginia Mountaineers have scheduled a 2021-22 home-and-home football series, both schools jointly announced today.

“I am pleased we are able to resume the rivalry between Virginia Tech and West Virginia and have every belief that this rivalry will flourish and be good for college football,” Virginia Tech Director of Athletics Jim Weaver said.

West Virginia and Virginia Tech used to play for the Black Diamond Trophy, but haven’t faced off since 2005. WVU leads the series 28-22-1. Both schools used to be in the Big East, but the rivalry game fizzled out after Virginia Tech joined the ACC in 2003.

The Mountaineers lead the overall series 28-22-1, but the two schools have split the last four games. Virginia Tech won the most recent meeting 34-17 in Morgantown in 2005.

“I want to thank Virginia Tech Athletic Director Jim Weaver and Coach Frank Beamer for their efforts in helping to get the two teams back on the football field. It will be a great day for all involved when the rivalry is renewed” West Virginia Director of Athletics Oliver Luck said.

One down, three to go.

The addition of the series vs. West Virginia gives Virginia Tech three non-conference games in 2021 and one in 2022. The Hokies are currently set to open the 2021 season with back-to-back home games against Richmond on Sept. 4 and Michigan on Sept. 11.

The 2021 and 2022 contests against Virginia Tech are the first scheduled games for West Virginia in both seasons.

With the Mountaineers now in the Big 12 and having to travel great distances for their road conference games, you can expect most of their future non-conference match-ups to have a local flavor.

This will be great. WVU and VT have a great rivalry and at least now they will get to play a couple more games against one another, even though it is 8 years away.