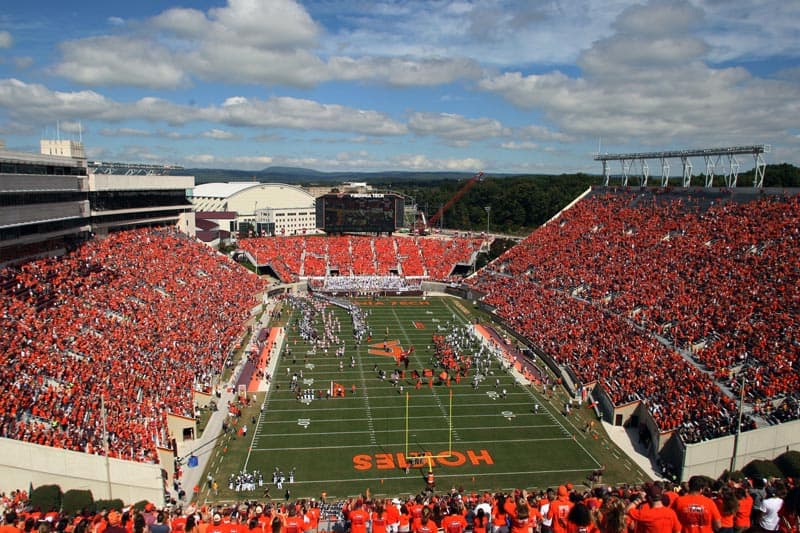 The Virginia Tech Hokies and the Rutgers Scarlet Knights have scheduled a future home-and-home football series for 2023 and 2024, both schools announced today.

In the first game of the series, Virginia Tech will travel to face Rutgers at High Point Solutions Stadium in Piscataway, NJ on Sept. 16, 2023. The Hokies will then host the Scarlet Knights at Lane Stadium in Blacksburg on Sept. 21, 2024.

Virginia Tech and Rutgers have met 15 times and the Hokies hold a 12-3 advantage in the series. The two schools last met in the 2012 Russell Athletic Bowl in Orlando, a game the Hokies won 13-10.

Virginia Tech Director of Athletics also announced a few other scheduling additions and changes due to the addition of games against Notre Dame.

“I am very pleased with our future scheduling,” Babcock said. “Jim Weaver, Coach Beamer and John Ballein were ahead of their time on advance scheduling and strength of schedule, which is so important in the new playoff structure. It’s nice to be the recipient of their proactive efforts and our fans and players will ultimately be the beneficiaries. We want to be the best and play the best. We want to bring marquee games to Lane Stadium. This schedule sets up very nicely for us over the next decade. We may make some slight tweaks, but, in general, we are set for the next 10 years.”

Pretty decent future OOC’s They have atleast 1 P5 and a decent midmajor, like ECU and some years with 2 P5’s and a decent mid major. Still have some FCS games with Liberty and Furman however. Love to see conferences phase out the FCS games like the B10 is doing.

Liberty’s at least a regular FCS playoff team now. And a likely FBS Sun Belt whenever they make their application. Unless James Madison decides to do that first. (Then again, maybe both will go Sun Belt, if C-USA grabs another Sun Belt school to replace UAB.)