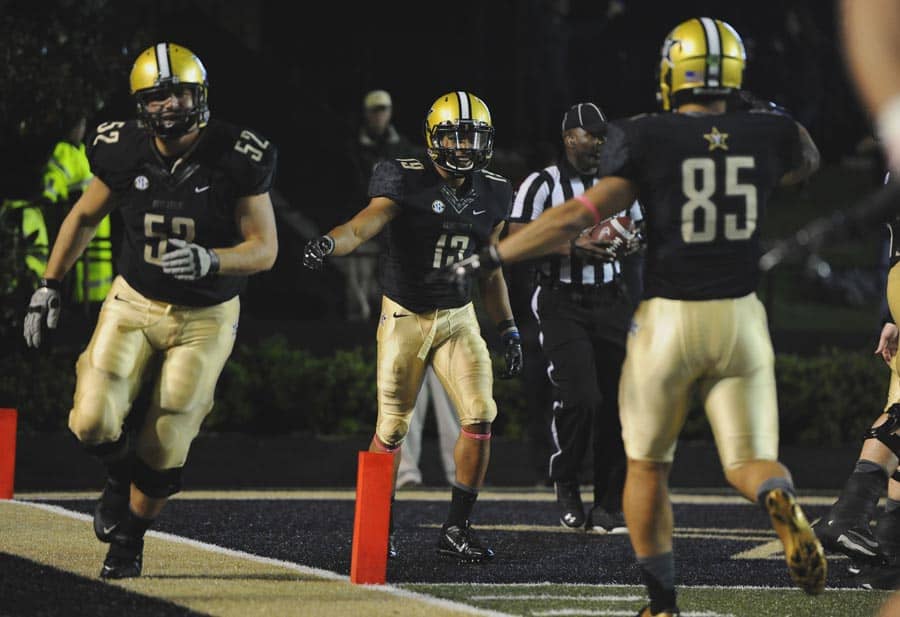 The Vanderbilt Commodores will host the Tennessee State Tigers in 2016 and 2018, VU athletic director David Williams confirmed to The Tennesseean.

The Commodores will host Tennessee State at Vanderbilt Stadium in Nashville on Oct. 22, 2016 and then again two seasons later on Sept. 29, 2018.

“I believe it makes sense (to play nearby teams),” Williams said. “When I was at Ohio State, we came up with a thought that it was important that we at least every other year play one of the schools in Ohio.”

Vanderbilt and Tennessee State’s first and only meeting came back in 2006 in Nashville. The Commodores won that game 38-9.

In Southeastern Conference play, the Commodores are slated to host Florida, South Carolina, Tennessee, and Ole Miss and travel to Auburn, Georgia, Kentucky, and Missouri.

Tennessee State is Vanderbilt’s second announced non-conference opponent for the 2018 season. The Commodores are also set to open the season at home vs. Middle Tennessee on Sept. 1.

Hope they play better against TSU than they did against WKU. What a sad excuse for a Power 5 team. Cincinnati or East Carolina would be great replacement in the SEC over the ‘dores. James Franklin looks better & better every time Vandy plays. The man worked miracles in Nashville.

Vandy will always be at the bottom of the SEC in football, coaches that do well there never stay. Vandy is more focused on academics, education & the school does better for the SEC in other sports like baseball, basketball, tennis & golf.

baseball yes, tennis, try Florida. Golf that is Alabama. Basketball…
really? Name me a coach other than Franklin that did good. George McIntyre in 1984 was the last. He was still fired and never coached again. His son is stinking it up at Colorado right now however. Vandy could beat the Buffs.

This should be a good game