Vanderbilt to Host Ole Miss at LP Field in 2014 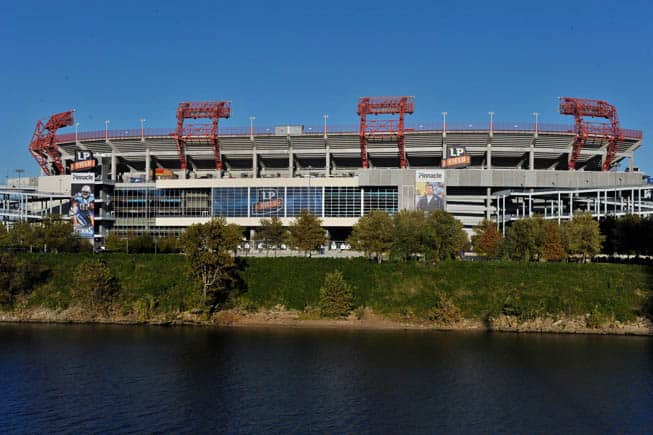 The Vanderbilt Commodores will host the Ole Miss Rebels at LP Field in Nashville this season, according to a report by The Tennesseean.

An official announcement is expected at 1:30pm CT this afternoon from a press conference at LP Field.

Vanderbilt and Ole Miss, who are scheduled to meet on Saturday, Sept. 6, were previously slated to play at Vanderbilt Stadium for the second consecutive season. Last year, the Rebels beat the Commodores 39-35 before a sellout crowd of 40,350.

LP Field currently has a capacity of 69,143. The stadium hosts the annual Music City Bowl and will also be the site of a new kickoff classic game involving a team from the SEC.

Vanderbilt opens the 2014 season at home on Thursday, Aug. 28 against the Temple Owls and the game will be televised by the SEC Network.

Ole Miss also opens the 2014 season on Thursday night. The Rebels travel to Atlanta to take on Boise State in the first of two Chick-fil-A Kickoff Games.

The game has been officially announced by Vanderbilt.

“This is a special opportunity for Commodore Nation to enjoy a great football game and have a great time downtown,” Vanderbilt Athletics Director David Williams said. “We have typically had outstanding games with Ole Miss, and with eight home games we thought moving this one off-campus will further create an electric, bowl-like atmosphere. We are expecting a very good football game in a very good environment.”

This makes it a home game for the Ole Miss Rebels!

All games against other SEC teams are road games for the ‘dores regardless where they play.

Rebels have large alumni base in Nashville and their fans travel well…home game for Rebs.