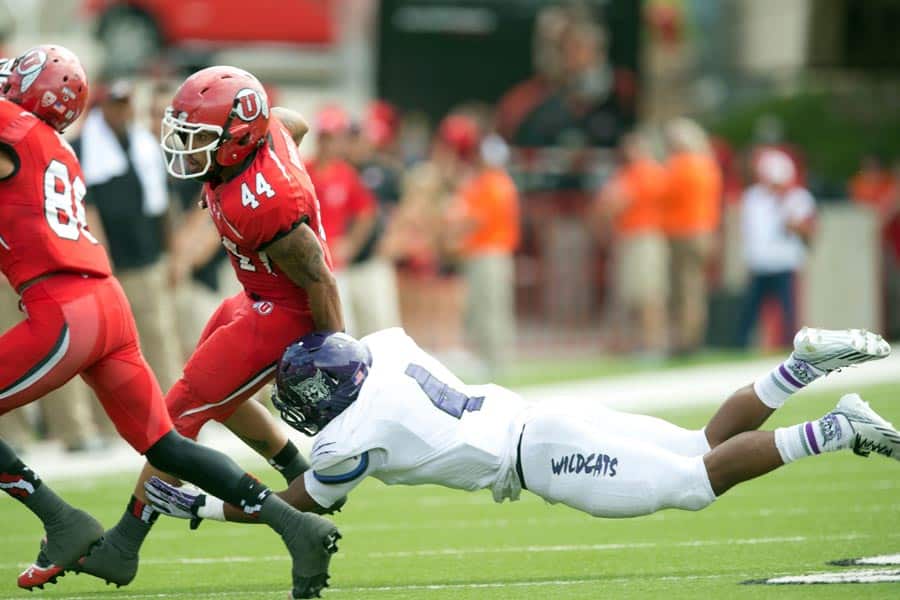 The Utah Utes have added the Weber State Wildcats to their 2021 football schedule, their official website indicates.

Utah will host Weber State at Rice-Eccles Stadium in Salt Lake City on Sept. 2, 2021. The two schools are also slated to meet to open the 2018 season on Aug. 30.

The Utes and the Wildcats first met on the gridiron in 1978 and have played a total of four contests, all in Salt Lake City. In their last matchup in 2013, Utah destroyed Weber State 70-7 to extend their overall series lead to 4-0.

Utah now has two non-conference games lined up for the 2021 season. The Utes are also slated to play at San Diego State on Sept. 18, which is the first game of a home-and-home series with the Aztecs that concludes in 2022.

Also updated recently is a specific date for Utah’s road game against in-state rival BYU in Provo in 2019. According to Utah’s official website, the game will be played on Thursday, Aug. 29.

When the series extension was announced last August, the schools only noted that the games would be played on opening weekend each season. The date for the 2020 game in Salt Lake City is currently listed as either Sept. 3, 4, or 5.

another good intra-state match up, keeping the Utes money in-state….(cough-cough….Saban)

Not playing in-state schools in an Alabama thing. Policy was in place long before Saban got there. Will still be standard operating procedure long after he’s gone. Saban’s Michigan State and LSU teams played several in-state schools.