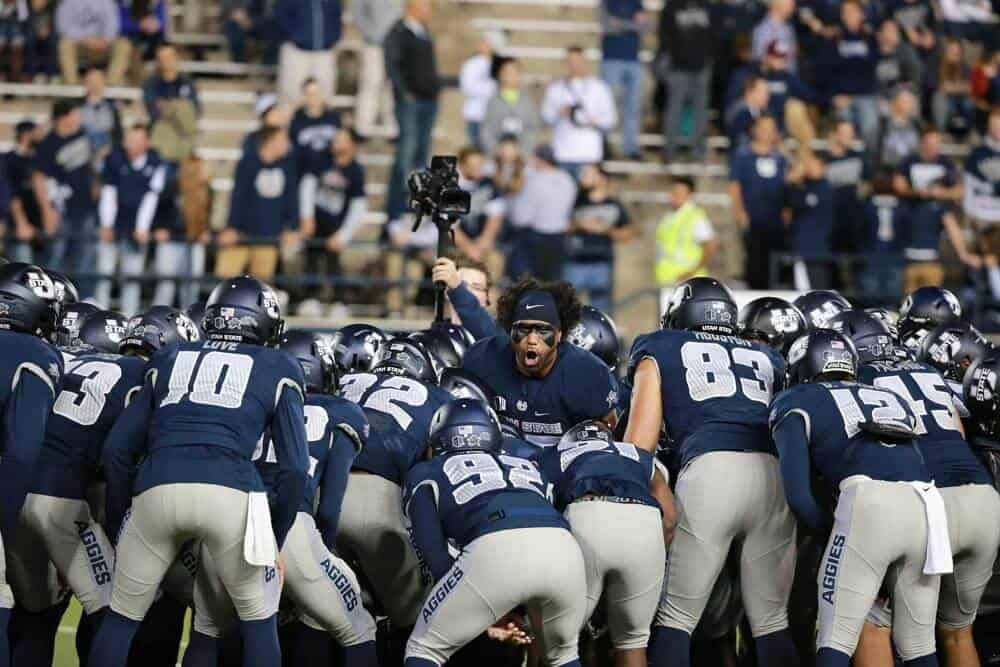 Copies of contracts for all three games were obtained from Utah State University by FBSchedules.com via a public records request.

Utah State will host the Stony Brook Seawolves at Merlin Olsen Field at Maverik Stadium on Sept. 7, 2019. The Aggies will pay the Seawolves a $365,000 guarantee for the game, according to a copy of the contract.

The 2019 meeting between Utah State and Stony Brook will be their first-ever on the gridiron.

The Southern Utah Thunderbirds will take on Utah State at Maverik Stadium on Sept. 12, 2020. Per a copy of the contract, SUU will receive a $330,000 guarantee for the game.

The Aggies and Thunderbirds have met four times on the gridiron and the Aggies lead the series 4-0.

Utah State will host the North Dakota Fighting Hawks in Logan on Sept. 11, 2021, which will be their first-ever meeting on the gridiron. The Aggies will pay UND a $400,000 guarantee for the game per a copy of the contract.

Earlier on Tuesday, we reported that Utah State will play at Michigan State in 2018 and at Washington in 2020.

So I guess that means the Weber-SUU-Idaho State rotation is over.