Utah State to play at Alabama in 2022 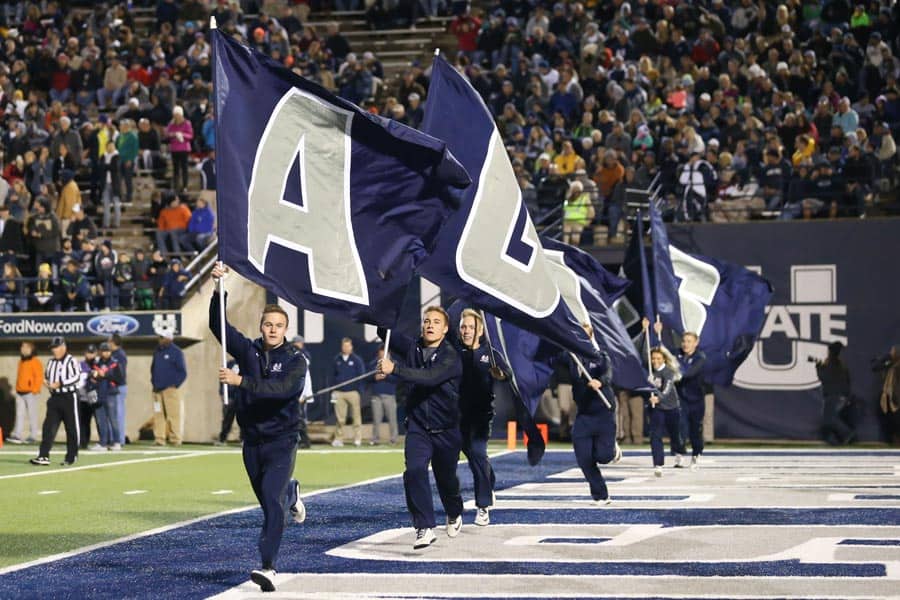 The Utah State Aggies will play at the Alabama Crimson Tide in 2022, the school announced on Wednesday.

Utah State will take on Alabama at Bryant-Denny Stadium in Tuscaloosa on Sept. 3, 2022. The Aggies will receive a guarantee of $1,910,000 for playing the game, per the release.

The matchup between Utah State and Alabama is the first announced non-conference opponent for both teams for that season.

Utah State is set to open the 2018 season on Thursday, Aug. 31 at Michigan State. Alabama opens their 2018 slate against Louisville at Camping World Stadium in Orlando, Florida on Saturday, Sept. 1.

1.9 Million payday game! Is that a record? What is the highest payday for a single game as a visiting school?

If not the the number one, has to be the closet.

While we’re discussing the highest payouts, here’s another possible contender: Vanderbilt @ Notre Dame 2018. Both schools are private, so they don’t have to disclose the full amount, but it seems like it would be astronomical given ND’s deep pockets and the amount of ESPN money Vandy loses for giving up a home game.

My guess is YES, just not announced.