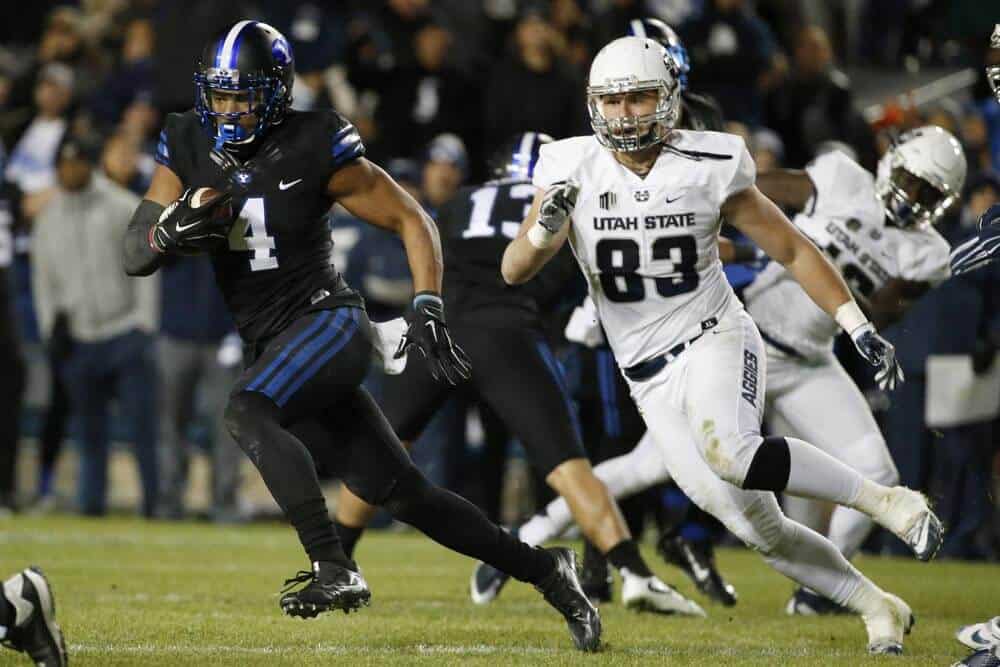 The Utah State Aggies have set a new date for their 2019 home game vs. BYU and have postponed a home-and-home series with Troy, FBSchedules.com has learned.

Utah State was previously scheduled to host the BYU Cougars on Friday, Oct. 4, 2019. However, Utah State recently added a road game at LSU that is scheduled for Saturday, Oct. 5, 2019, which necessitated a date change for the BYU game.

Utah State will now host BYU in Logan on Saturday, Nov. 2, 2019, according to a contract addendum obtained from Utah State University by FBSchedules.com via a public records request.

Utah State and BYU have met a total of 86 times on the gridiron. The Cougars have won the last two meetings and now lead the overall series 48-35-3.

Utah State also has a home-and-home football series scheduled with Troy that was previously unknown. The two schools were set to meet in Logan on Sept. 5, 2020 and in Troy on Sept. 4, 2021.

According to a contract addendum obtained by FBSchedules.com, the two schools still plan to play in “…later years that will be mutually agreed upon at a future time by both Utah State University and Troy University.”

Earlier this week, we reported that Utah State has added future games at Michigan State and Washington and home games vs. three FCS teams.

Utah State cancelled their schedule with Troy knowing that Troy University will EMBARRASS them.
Troy was #25 ranked last year!
Utah State are NOT the Utes and CANNOT compete with a run/gun and fun Troy offensive.
Wise choice on Utah States behalf to cancel this series with Troy.
Especially knowing that Troy lost to Clemson last season by a mere 6 points under VERY questionable officiating. And guess where Clemson’s final 2016 ranking was????