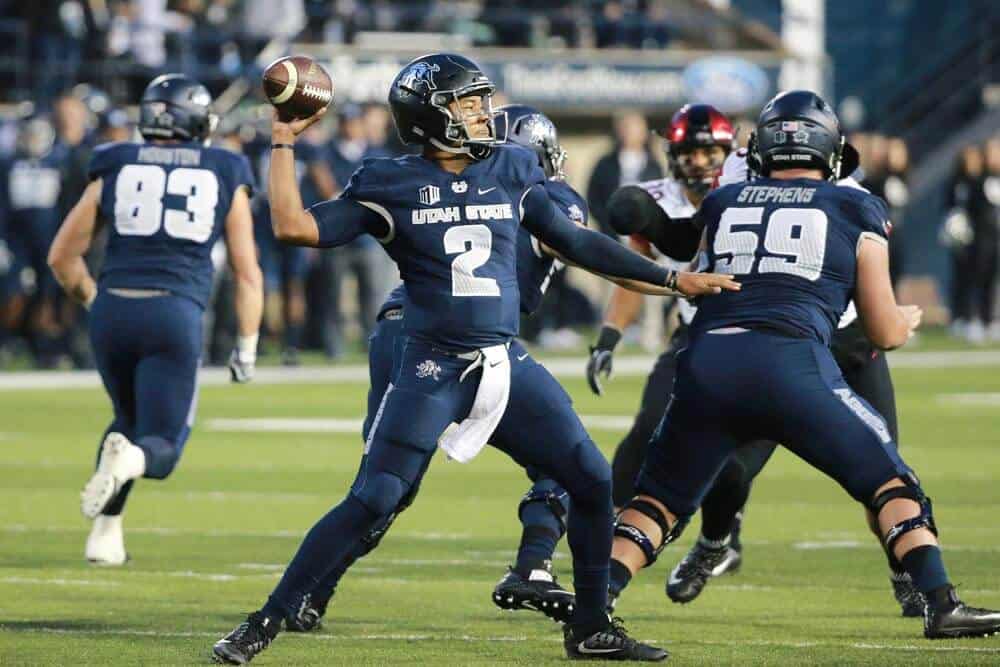 The Utah State Aggies will play at the Michigan State Spartans in 2018 and at the Washington Huskies in 2020, FBSchedules.com has learned.

Copies of contracts for both games were obtained from Utah State University by FBSchedules.com via a public records request.

Utah State will travel to take on Michigan State at Spartan Stadium in East Lansing on Sept. 1, 2018. The Aggies will receive a $1.4 million guarantee for the game, according to the contract.

The 2018 contest between Utah State and Michigan State will be each teams season-opener and also their first-ever meeting on the gridiron.

Utah State will take on the Washington Huskies on Sept. 19, 2020 at Husky Stadium in Seattle. Per the contract, the Aggies will receive a $1.5 million guarantee for the game.

Utah State and Washington have met three times in football. In their most recent meeting in 2015, the Huskies defeated the Aggies 31-17 to extend their lead in the overall series to 3-0.

Wait a minute, something doesn’t look right here. Michigan State is going to play no FCS teams and as well play a P5 school Arizona State on the road in 2018. Isn’t scheduling FSC schools and others lesser affiliations and all at home (or “neutral” site) suppose to be the norm by what I have read in other posts trying to justify their team or conference actions?

Yes, but the Big Ten Conference doesn’t want their members to play FCS schools. Otherwise they would.

So Kevin, you’re saying the Big Ten is stepping up (with the Pac 12) and making at least an attempt to putting credence to their scheduling? I believe you’re correct, a Michigan State or any other school for that matter, will take the path of least resistance (FSC) if not pushed or mandated. Why don’t other conferences push or mandate such as the Big Ten? Really I know none of this is any of our business, but it’s fun to debate knowing in the end it’s all about the money and we have little to no say (more emphasis on the NO say). Have a great y’all.

Billy. There is no such thing as FSC. There is a thing called FCS, and the Big Ten is avoiding those teams; but since Utah St. Is an FBS not FCS school your entire post is senseless.