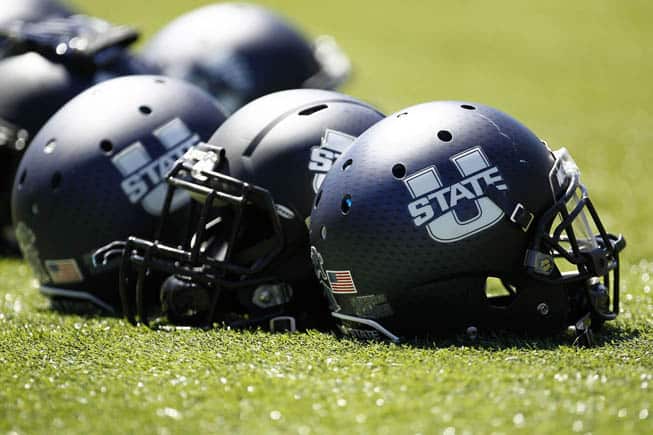 The Utah State Aggies have announced their 2014 non-conference football schedule, which includes a home game against Wake Forest.

Utah State will host Wake Forest on Sept. 13, 2014. The Demon Deacons will be the first ACC team to ever visit Logan Stadium.

Utah State opens the 2014 season on the road against the Tennessee Volunteers on Aug. 30. The Aggies then return home to host Idaho State.

After playing Wake Forest, Utah State hits the road for their final two non-conference games of the season. The Aggies will visit Arkansas State on Sept. 27 and then BYU on Oct. 3.

Utah State is playing five non-conference games in 2014 because they play at Hawaii and are taking advantage of the Hawaii Exemption. Under the NCAA rule, teams that travel to the islands may play an additional game to offset the travel costs.

The 2014 Mountain West Conference football schedule has not been announced yet, but the opponents have already been released.