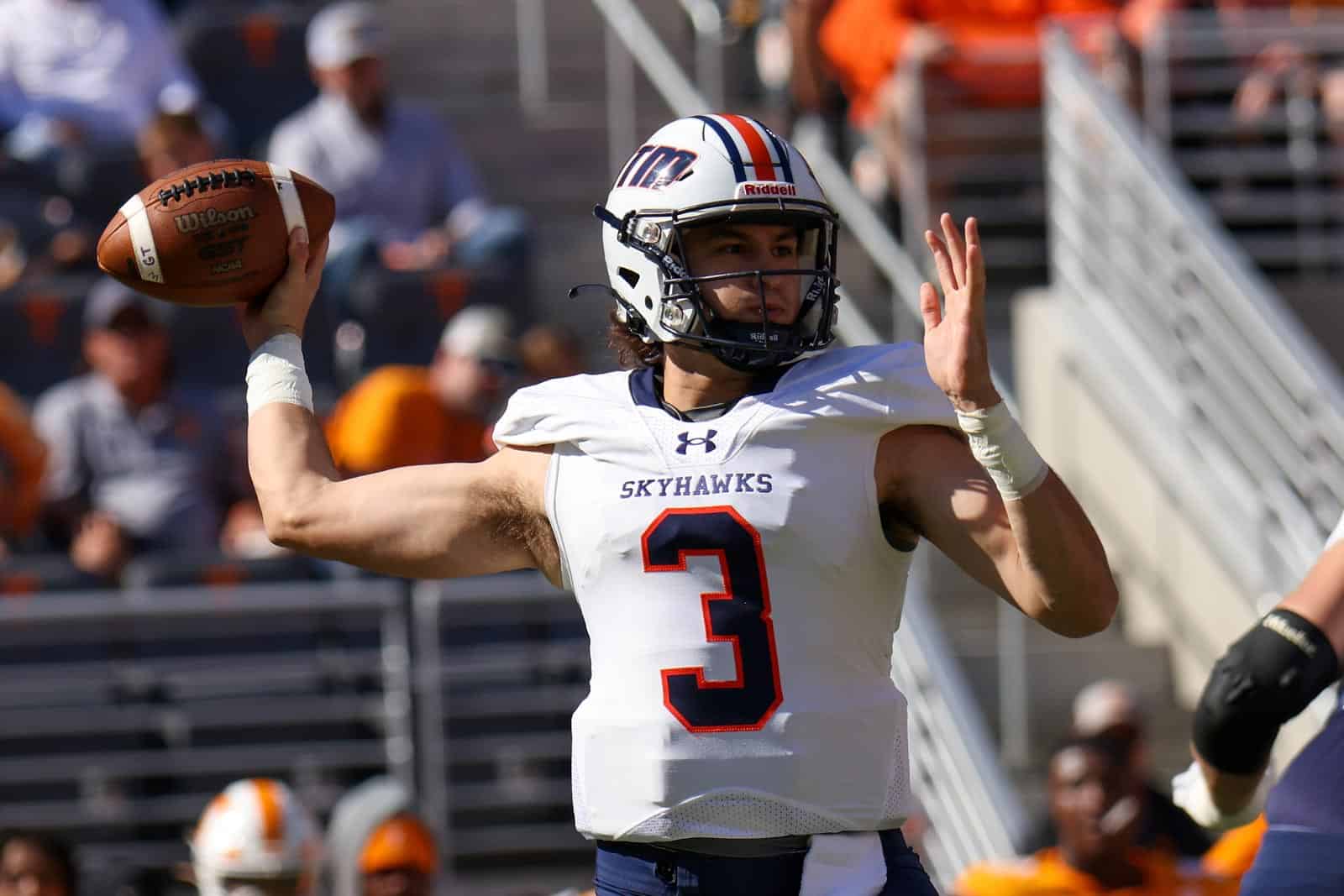 UT Martin opens the 2023 season with four consecutive non-conference games, beginning on the road against the Georgia Bulldogs on Saturday, Sept. 2. The Skyhawks then open their home schedule at Graham Stadium in Martin, Tenn., with consecutive games against Missouri State on Sept. 9 and HCU on Sept. 16, the latter of which was previously unannounced.

A trip to take on the North Alabama Lions is up next on Sept. 23. UT Martin’s fifth and final non-conference game of 2023 is also their season-finale, which is slated for Nov. 18 on the road against Samford.

Road Big South-OVC opponents in 2023 include Eastern Illinois on Oct. 7, Gardner-Webb on Oct. 28, and Tennessee Tech on Nov. 4.

Below is UT Martin’s complete schedule for the 2023 season, plus a link to their schedule page which will be updated with kickoff times and TV as they are announced:

UT Martin won a share of the OVC championship in 2022 after finishing 5-0 in conference play (7-4 overall). Southeast Missouri also finished 5-0 and won the coin flip to earn the automatic bid to the FCS Playoffs.