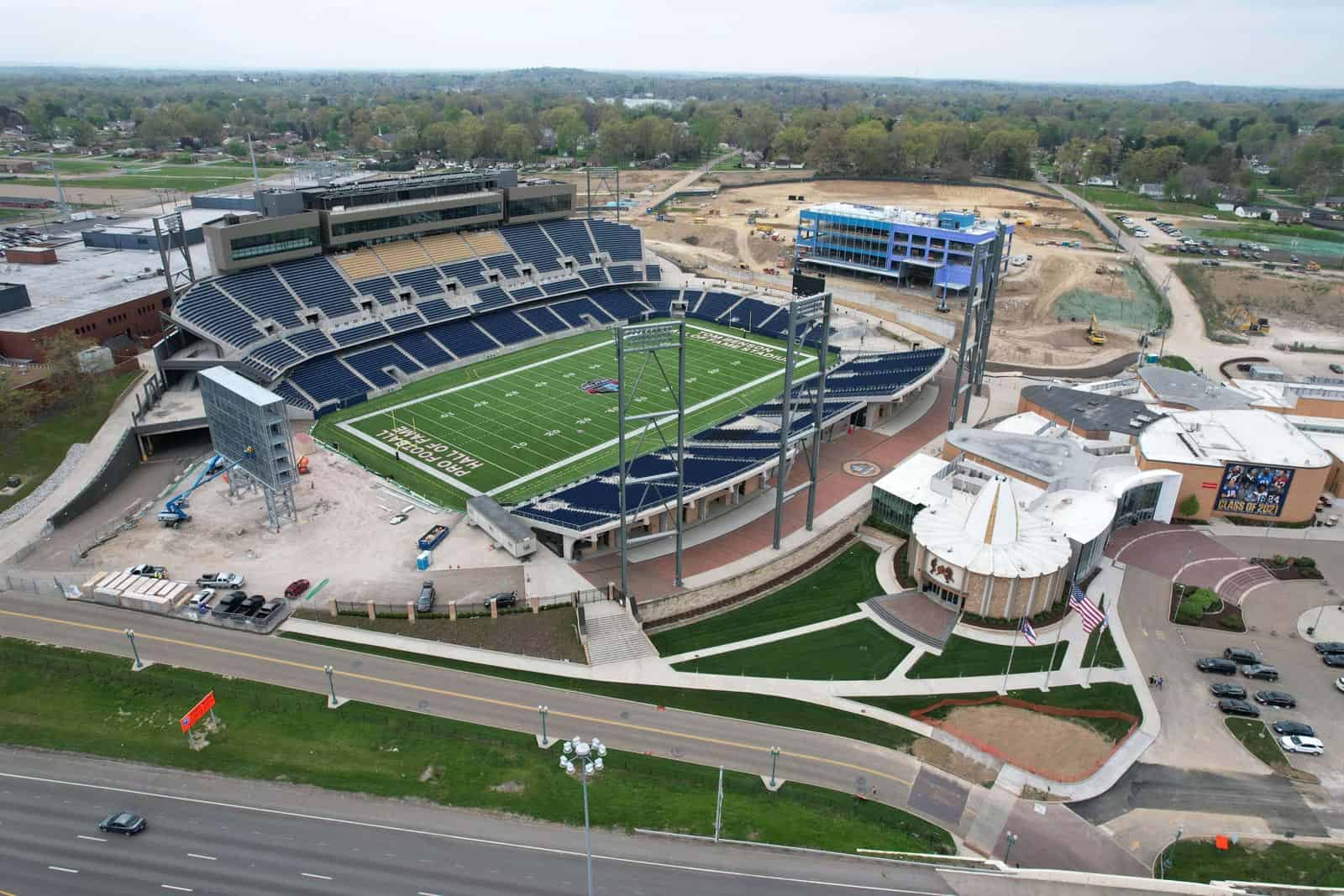 The United States Football League (USFL) will stage their inaugural playoffs and championship game in Canton, Ohio, the league announced on Wednesday.

All three postseason contests will be played at Tom Benson Hall of Fame Stadium in Canton, which is the site of the annual preseason NFL/Hall of Fame Game. The stadium has a seating capacity of 20,000 and is adjacent to the Pro Football Hall of Fame.

“We’re excited to play our first playoffs and championship game at Tom Benson Hall of Fame Stadium,” said Edward Hartman, USFL Executive Vice President, Business Operations. “It’s a beautiful stadium with all the facilities necessary to host football at the highest level, and we look forward to crowning our first champion in the shadow of the Pro Football Hall of Fame.”

The USFL will begin play this spring as an eight-team league split into two divisions. The North Division will consist of the Michigan Panthers, New Jersey Generals, Philadelphia Stars, and Pittsburgh Maulers, while the South Division will include the Birmingham Stallions, Houston Gamblers, New Orleans Breakers, and Tampa Bay Bandits.

The top two teams in each division will meet in the semifinals in Canton on Saturday, June 25. Winners of those two games will meet in the inaugural USFL Championship game the following week on Sunday, July 3.

The USFL’s regular-season will begin on Saturday, April 16 with the New Jersey Generals facing the Birmingham Stallions at Protective Stadium in Birmingham, Ala. The game will be simulcast by NBC and FOX at 7:30pm ET / 6:30pm CT. The remainder of the USFL Schedule for the inaugural season has not yet been announced.

In case anyone is wondering why they’re doing this… The USFL is doing Birmingham a favor since if they played these in Birmingham, prep for the World Games 2022 would have been difficult… And hotels and similar housing venues need to prepare for the transition… The USFL sure is thinking smartly, creating goodwill and cleverly going to Canton — a potential future team location in the Pittscleve megalopolis…
https://twg2022.com/

no way this league survives long enough to even have playoffs. This playing of all games in Birmingham is a guarantee that any small fan base they may have been able to develop will not happen

FOX and NBC are broadcasting all the games so I don’t think any team will have a problem with building a fan base.
.
Since Fox is the majority owner, they hold all the cards this time and have aptly studied all the errors made by the AAFC , WFL, USFL1, afl, WLAF, AAF, and XFL 1, 2 & 3.0. Spring football that stays spring football has a chance to work. Just ask the FCS schools that played this past spring.

A central location for all regular season and playoff games for year one of the USFL makes good fiscal sense. I’m curious to see how well the games will be attended in both Birmingham AL and Canton OH.

Also a wise decision to use the original versions of the team logos from the 1980s for the teams and cities involved in the 2022 rebirth of the USFL.

When will tickets for the playoffs and championship games be made available to the public. Going to Canton over the July 4th weekend sounds like a fun road trip.