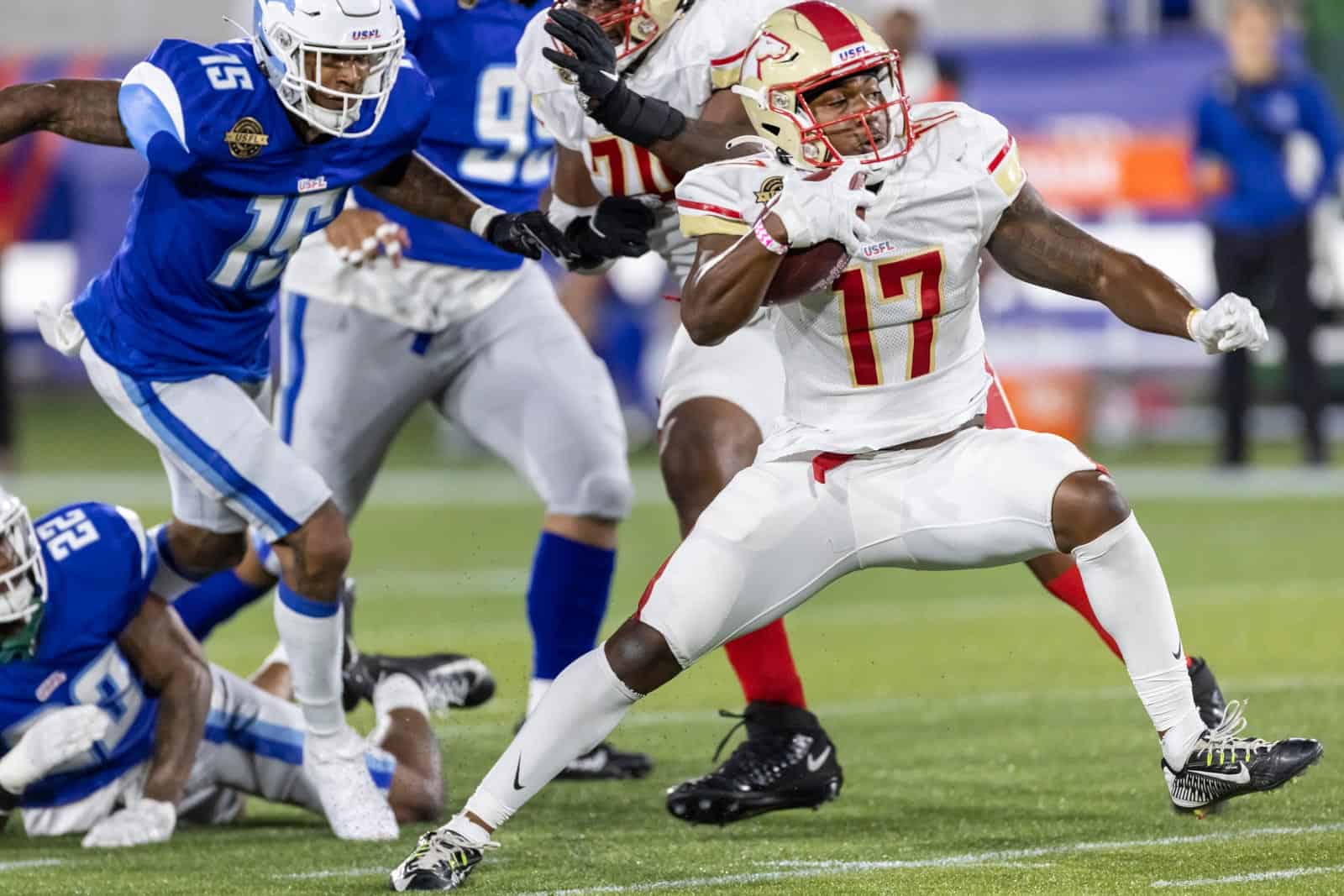 The 2022 USFL Playoff Schedule kicks off on Saturday with a pair of games matching the top two teams in the North and South Divisions.

The New Jersey Generals, who won the North Division with a perfect 6-0 record (9-1 overall), will take on the second-place Philadelphia Stars (6-4 overall, 4-2 North) in the first playoff semifinal on Saturday, June 25, 2022 at Tom Benson Hall of Fame Stadium in Canton, Ohio. The game will be televised by FOX at 3:00pm ET / 2:00pm CT.

In two regular-season meetings this season, New Jersey defeated Philadelphia both times in Birmingham, Ala. The Generals won 24-16 on May 1 at Protective Stadium and 26-23 on June 18 at Legion Field.

The semifinals continue later that evening in Canton. The South Division winning Birmingham Stallions, who finished the regular-season 5-1 in South action (9-1 overall) square off with the New Orleans Breakers (6-4 overall, 3-3 South) and  the game will kickoff at 8:00pm ET / 7:00pm CT with television coverage on NBC.

Birmingham also won both of their games against New Orleans. The Stallions defeated the Breakers 22-13 on April 30 at Protective Stadium and 10-9 on June 4 at Legion Field.

The winners of each semifinal contest will advance to the inaugural USFL Championship. That game will take place on Sunday, July 3 at 7:30pm ET / 6:30pm CT on FOX at Tom Benson Hall of Fame Stadium in Canton.

Kudos to the first non NFL league to get to the finish line since… XFL 1.0’s one season?

The United Football league made it through three seasons or so.

After Independence Day weekend’s USFL Championship it’s CFL for FB Fans, of course that’ll all be on TV since Canada’s far, far away.

The USFL will need to evaluate the success / failure of everything from 2022.
They will need to start from the beginning for 2023 because the Business Landscape of Non NFL Business Franchises is fluctuating, expanding, contracting, collapsing, exploding at a faster pace than any other League.
If the USFL doesn’t stay modest in size, lean & mean financially it will suffer the fate of the 1st USFL, Arena FB League, NFL Europe, I didn’t ever follow a single United Football League Season. I didn’t even know they had played. I had at least heard of the other 3 which I mentioned.

I think the One Location, All Teams model, if researched carefully, can be repeated in a select other State.
IMO, expanding the League with all the expenses carried by travel, lodging, practice, playing Facilities Variance, Salaries of all the Players, Insurance for all the Players, Coaching Salaries, All the FB Equipment for each Team, All the separate Locations Staff, Officials, AudioVideo Equipment Labor, maintenance, would indebt the USFL Corporation bankrupting It the same as the 4 Predecessors.

If the USFL dominates the Ratings for it’s slightly less than 3 Months Season it could be successful on a Season by Season Basis.

Do people outside Birmingham even care? Do people in New Jersey even know they have a team that plays all of its games in Alabama? Do they care? Don’t think so.

IMO, You may be right.

If NBC, Fox would release their Viewer numbers for the 2022 regular Season & for the semifinal Game we’d have empirical Numbers proving you right or wrong.