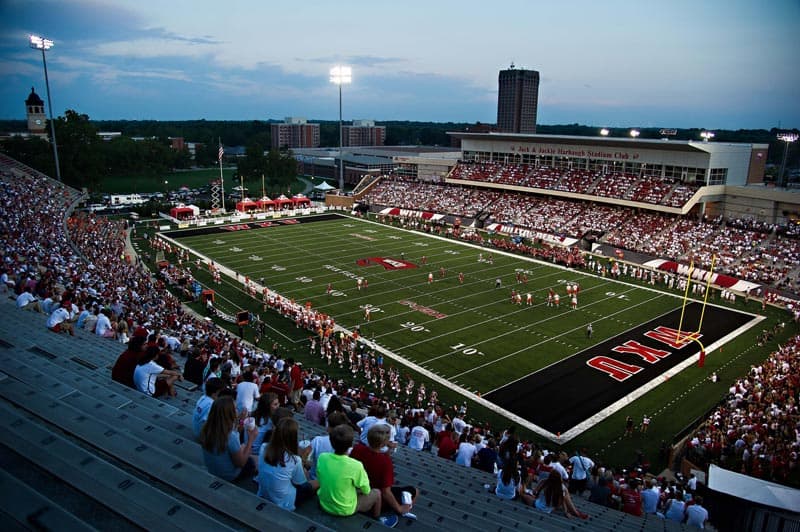 The USF Bulls and the Western Kentucky Hilltoppers have scheduled a home-and-home football series for 2023 and 2024, both schools announced today on Twitter.

Western Kentucky will host the first game of the series at Houchens Industries – L.T. Smith Stadium in Bowling Green, KY on Sept. 2, 2023. The second and final game will be hosted by the Bulls at Raymond James Stadium in Tampa on Aug. 31, 2024.

USF and WKU have met six times in a series that began in 1997. The Bulls currently lead the series 4-2 and have won four straight.

The Hilltoppers are the first announced non-conference opponent for USF for the 2023 season. In 2024, the Bulls travel to face Texas on Sept. 7 after opening against WKU in Tampa.

The USF Bulls are the first announced non-conference opponent for Western Kentucky for both the 2023 and 2024 seasons.