USF at UConn canceled due to Hurricane Irma 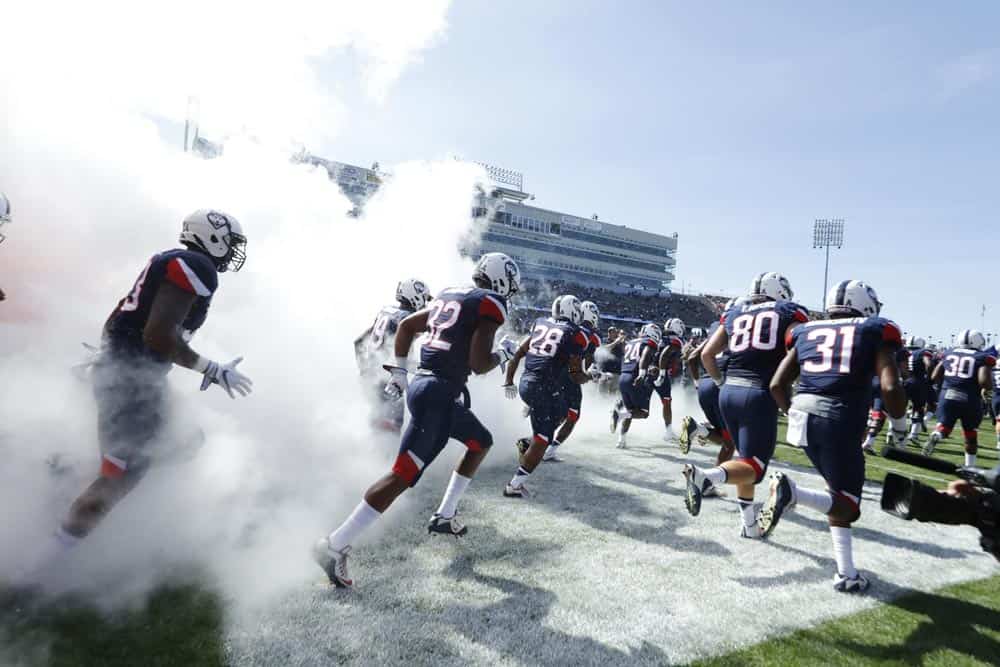 Saturday’s American Athletic Conference opener between the USF Bulls and the UConn Huskies has been canceled due to Hurricane Irma, both schools announced Thursday evening.

The game was set to be played on Saturday, Sept. 9 at 10:30am ET after being moved up an hour and a half from its noon start.

“As I noted in my comments yesterday, the safety and well-being of our students, staff and coaches is our paramount concern,” said USF Director of Athletics Mark Harlan. “Several large areas of the state are under evacuation orders, including portions of the Tampa Bay area. After consultation with university leadership and outside agencies, I believe it is not appropriate for our team to travel at this time.”

“I want to extend our gratitude to the University of Connecticut and the American Athletic Conference for their compassion and understanding. Our thoughts are with all of those impacted by the hurricane.”

“Obviously we are disappointed for our team and our fans at the cancellation of a home game,” said UConn Director of Athletics David Benedict. “Our thoughts are with USF and all of the areas in the path of this storm. We wish them all the best as they deal with this terrible storm and are here ready to assist in any way that we can.”
“I know both our team and USF were excited about a chance to play this weekend,” said UConn head coach Randy Edsall. “We certainly are disappointed, but clearly understand that this is something totally out of everyone’s control. I hope that Coach Strong, his team and the entire community impacted by this storm remain safe and know that we are thinking about them as they deal with this.”

It’s the travel back that is the issue.

This is a conference game. It needs to be played or USF should not be eligible for the American Championship

So they should be penalized beause a powerful hurricane, is about to come thourgh our state? Not really anyones fault. Its a part of life. I feel like the season should always be 14 weeks so every team has 2 byes! There is no guarantee that it would be easier to make up, but would help. The only way these conference games will be made up is a lot of moving dates around and canceling non conference games.

If UConn-USF and UCF-Memphis were both moved for Nov. 11, then only UCF-UConn would need to be rescheduled.