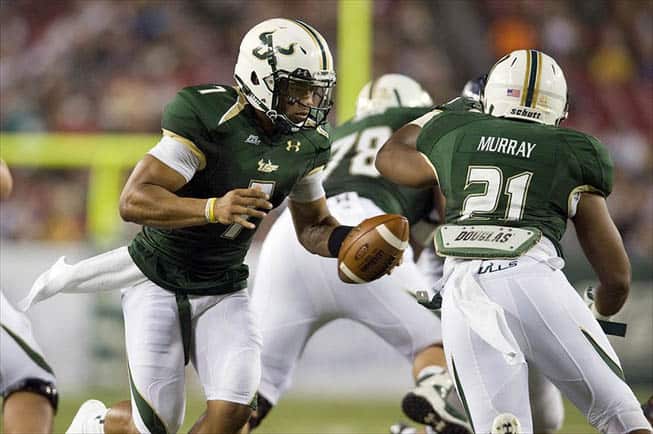 The USF Bulls have scheduled future home-and-home football series against the Maryland Terrapins and Wisconsin Badgers, the school announced today.

“We are pleased to be able to add quality Big Ten opponents in Wisconsin and Maryland to our football schedule,” USF Director of Athletics Doug Woolard said. “They should be outstanding opportunities for our football program as well as attractive games for our fans.”

USF will host Maryland at Raymond James Stadium in Tampa on Sept. 6, 2014. The Bulls will then travel to take on the Terps at Byrd Stadium in College Park on Sept. 19, 2015.

On Sept. 27, 2014, South Florida will travel to face Wisconsin at Camp Randall Stadium in Madison. The Badgers will return the trip to Tampa on Sept. 16, 2017.

The games against Maryland and Wisconsin in 2014 will be the first time that South Florida has faced either school. USF is 6-6 all-time against teams from the ACC, and they have only faced a Big Ten team once in their history (Penn State, L 23-13, 2005).

I’m surprised that Wisconsin would schedule a second road game for 2017 with likely only three non-conference games to take place.

Lot of time to make changes to that schedule.