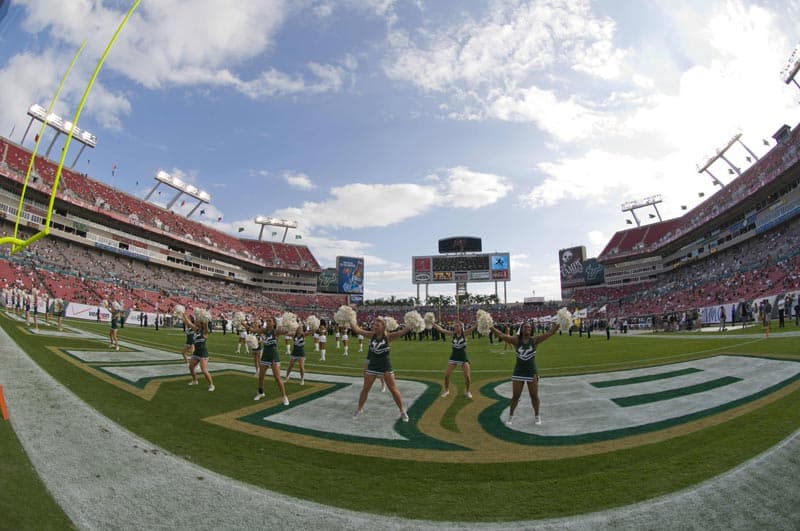 The USF Bulls and the Texas Longhorns have scheduled a three-game football series beginning in the 2019 season, USF announced today.

News of the three-game series was first reported last month by ESPN.

In the first game of the series and first ever meeting between the two schools, USF will travel to face Texas at Darrell K. Royal – Texas Memorial Stadium in Austin on Aug. 31, 2019.

USF will host the second game at Raymond James Stadium in Tampa on Sept. 3, 2022. The series then concludes back in Austin on Sept. 7, 2024.

“The University of Texas is one of the most recognizable and tradition rich brands in college football and we are excited to be able to bring the Longhorn football program to Tampa,” University of South Florida Director of Athletics Mark Harlan said. “We look forward to playing in one of the largest stadiums in college football in Austin and it’s exciting for our fans to be able to see nationally prominent programs visit Raymond James Stadium in the coming seasons.”

Earlier today, it was reported that Texas and LSU have agreed in principle to a 2019-20 home-and-home football series. The addition of USF to their slate gives the Longhorns two non-conference games in 2019 (LSU), 2022 (Ohio State) and 2024 (at Michigan).