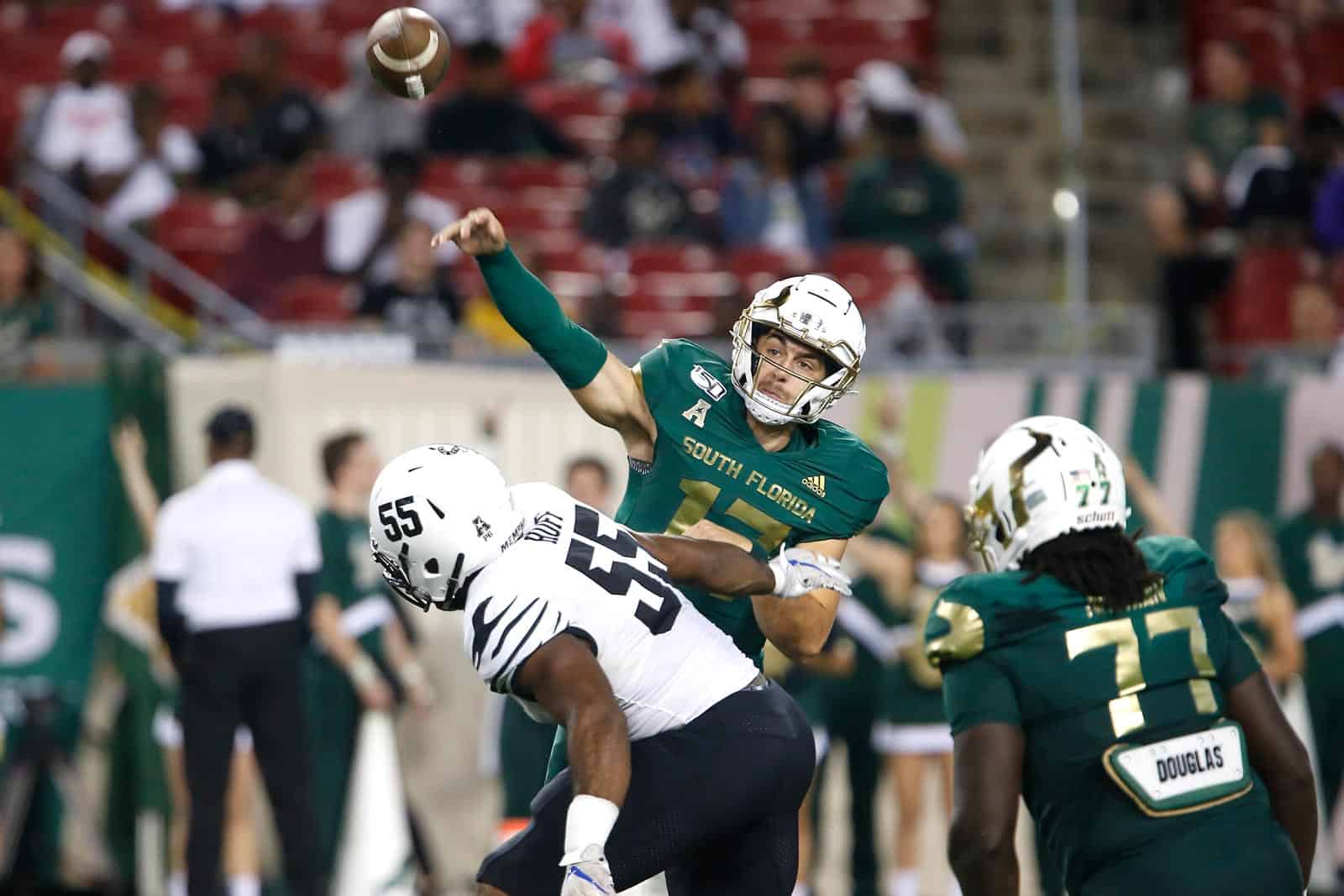 The USF Bulls have added The Citadel Bulldogs to their 2020 football schedule, the school announced on Thursday.

USF will host The Citadel at Raymond James Stadium in Tampa, Fla., on Sept. 12, 2020. The game replaces USF’s canceled contest against Bethune-Cookman.

USF and The Citadel have only played twice in their history, which was a home-and-home series. The Bulldogs defeated the Bulls 10-7 in Charleston, S.C., in 1997 before USF returned the favor in 1998 in Tampa, 45-6.

The Citadel contest currently serves as the season-opener for USF. The Bulls have open dates on Sept. 5, Sept. 19, and Oct. 31.

USF’s only other non-conference game currently on the schedule is at Florida Atlantic on Sept. 26. The Bulls also have all eight American Athletic Conference games as originally scheduled.

The Bulls are rumored to be playing at Notre Dame on Sept. 19, per a report from Irish Illustrated.

The Citadel, a member of the Southern Conference in the Football Championship Subdivision (FCS), had their conference competition postponed to spring. The Bulldogs will play a limited non-conference schedule this fall, which also includes games at Clemson on Sept. 19 and home against Eastern Kentucky on Sept. 26.

“Our football team is looking forward to the opportunity to compete against USF and we want to thank them for working with us on scheduling this game in these very difficult times,” said The Citadel director of athletics Mike Capaccio. “Our cadet-athletes will be excited to make this trip and we have a strong alumni base in the surrounding area.”