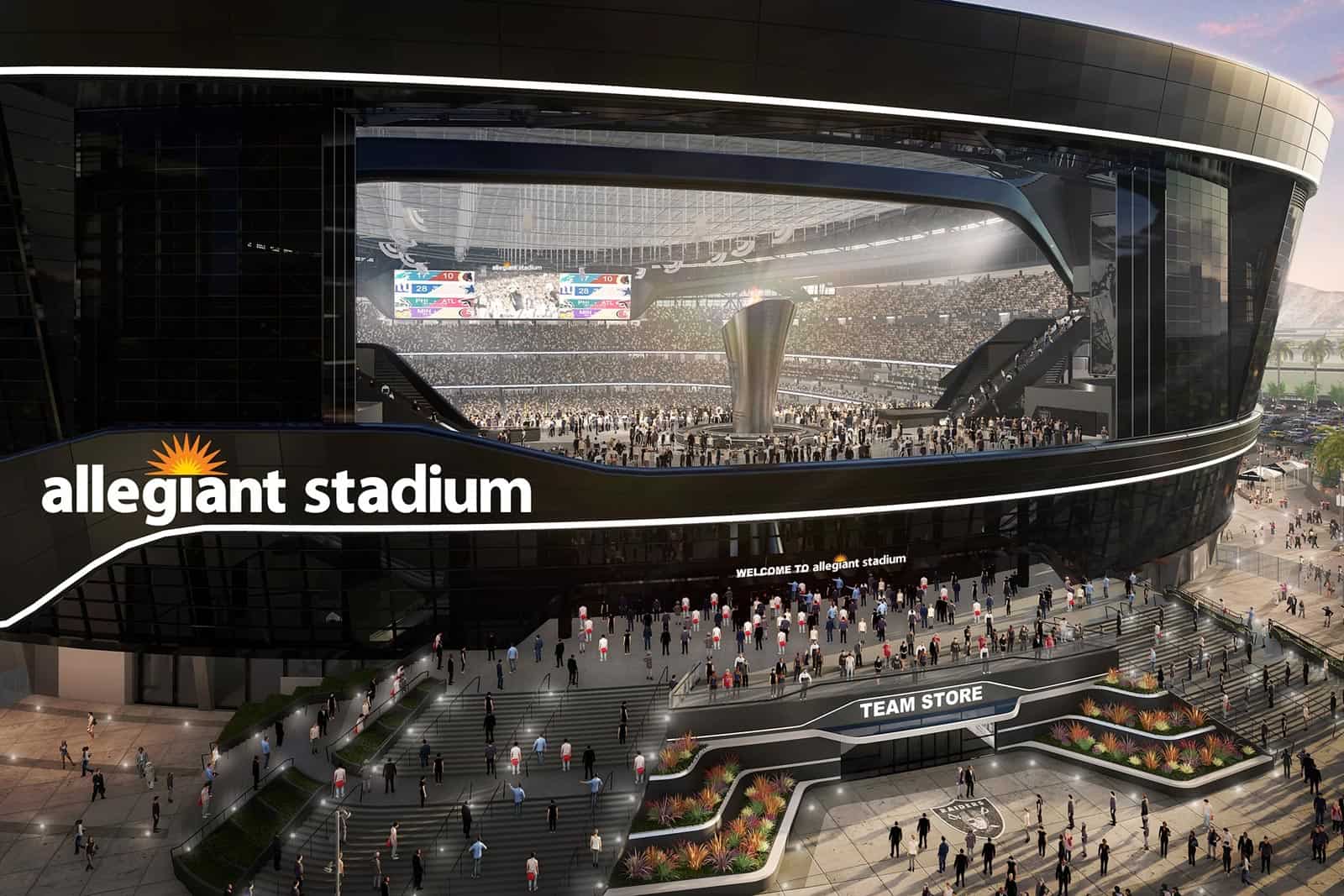 The UNLV Rebels will play a six-game football schedule at the new Allegiant Stadium during the 2020 season, UNLV Director of Athletics Desiree Reed-Francois has announced.

Allegiant Stadium, slated to be completed on July 31, 2020, will be the new home of the NFL’s Las Vegas Raiders (formerly Oakland) and UNLV beginning next season. It’s seating capacity will be 65,000 and it will be expandable to 72,000 for special events.

UNLV will play six home games at Allegiant Stadium in 2020 and will play all future home games there beginning with the 2021 season.

UNLV is scheduled to open the 2020 season in Week Zero on Saturday, Aug. 29 against the California Golden Bears. That game will be played at Allegiant Stadium as well as the game two weeks later on Saturday, Sept. 12 against the Arizona State Sun Devils.

The UNLV-Colorado State matchup was previously scheduled for Saturday, Oct. 24, but was moved up one day to Friday, Oct. 23. The move was revealed in the Allegiant Stadium announcement this evening.

“We are extremely appreciative of the Raiders organization for working with us on hosting the Arizona State game at Allegiant Stadium,” said Reed-Francois. “Our community is energized behind new head coach Marcus Arroyo and his team as they move into one of the greatest sports facilities in the world and getting to host two Pac-12 Conference opponents there this fall will make it an even better experience for our fans and student-athletes.”

The only UNLV home game in 2020 that will not be played at Allegiant Stadium is their Sept. 5 contest against the Louisiana Tech Bulldogs. That game will be played at Sam Boyd Stadium.

So glad to hear the Oakland Raiders will be playing all home games at Allegiant Stadium in Las Vegas.

Of course, this is contingent on the season being played at all.

Of course. I’m not writing about COVID-19 in every piece from here on out.

Did you see the tweet from Joel Klatt during the Noon hour (eastern time) earlier today? The odds that the college football season will start on time according to him are 100%.

Yes, I think I retweeted it.

That new stadium sure makes the rest of the Mountain West stadiums look like trash.

well it’s the only MW stadium that has an NFL team playing in it. The only other college teams that share stadiums with NFL teams are Temple and South Florida.