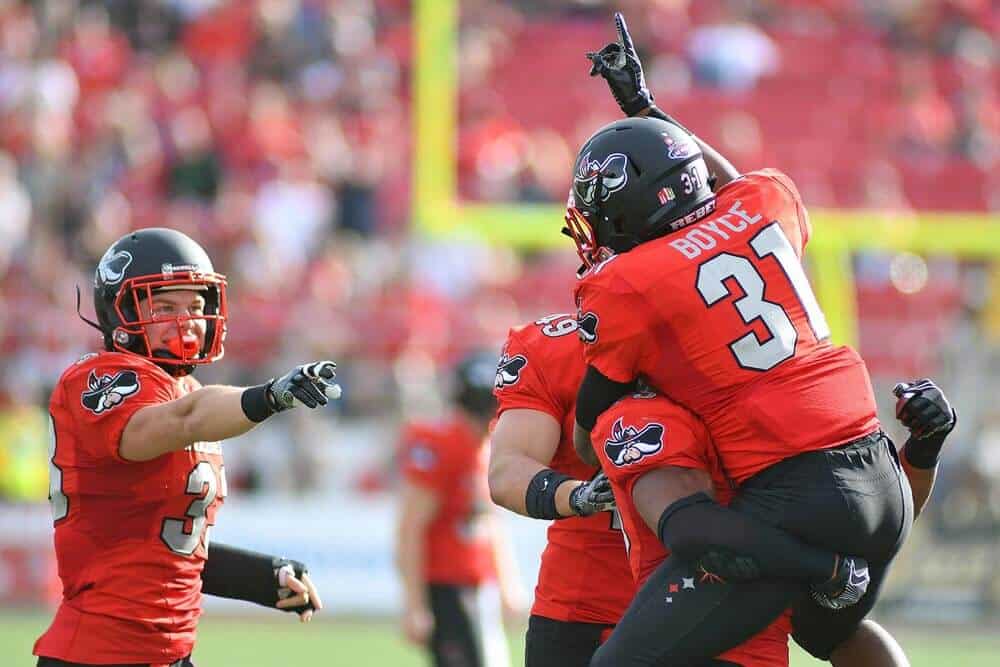 The UNLV Rebels have added the Howard Bison to their 2017 football schedule, the school announced on Tuesday.

UNLV will host Howard at Sam Boyd Stadium to open the 2017 season on Saturday, Sept. 2. The game will be the first-ever meeting between the two schools.

This will be UNLV’s second game in concert with the Las Vegas Convention and Visitors Authority (LVCVA). Howard’s “Showtime” marching band will make the trip and will “appear at another event in the community as well as at the stadium for a halftime show.”

Howard is a historically black college (HBCU) and is a member of the Mid-Eastern Athletic Conference (MEAC) in the Football Championship Subdivision. The Bison finished the 2016 season 2-9 overall and 2-6 in conference play.

The addition of UNLV completes the non-conference schedule for the Rebels in 2017. UNLV is also scheduled to visit Idaho on Sept. 9 and Ohio State on Sept. 16 and host BYU on Nov. 11.

Yes, UAPB is listed on their site. But they changed some other dates and will issue a release, they tell me.

Akron added Arkansas-Pine Bluff (waiting on official release because it involves some additional date changes). And it seems like Coastal Carolina will host Western Illinois. They were supposed to host WIU in 2nd game of home-and-home series.

UNLV fans are in for a treat when they see Howard’s marching band in action…..they are amazing!

Twelve FCS programs have two FBS programs on their 2017 schedules.

Do you know anything about the possible Colgate @ Cal Poly game?