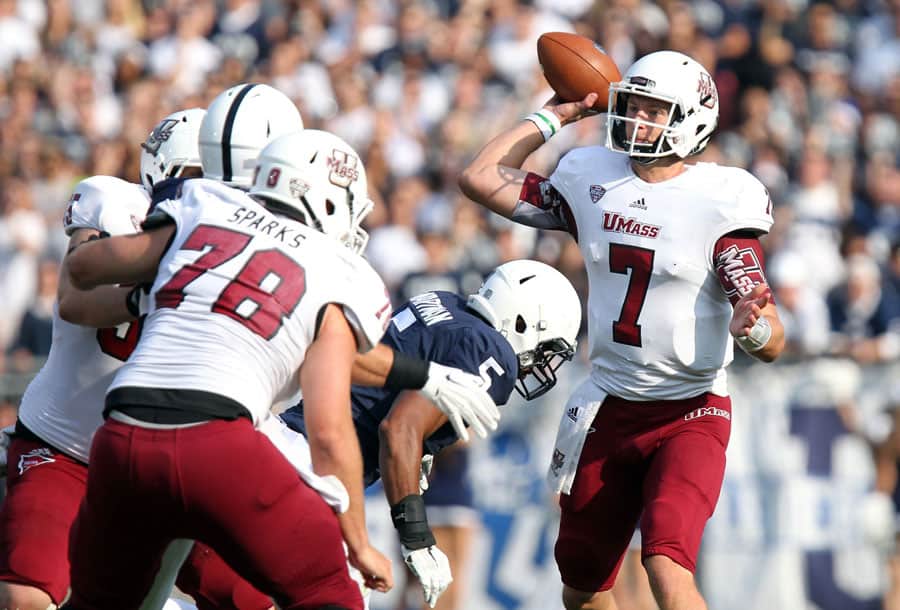 UMass and USF will begin a home-and-home series at Raymond James Stadium in Tampa on Oct. 14, 2017. The Minutemen will then host the Bulls at McGuirk Alumni Stadium in Amherst on Oct. 6, 2018.

“I am very pleased to announce more exciting football scheduling details to our supporters in the Commonwealth and beyond,” Bamford said. “Our home-and-home series with South Florida is exactly the type of agreement that we are looking to secure as we build our brand as an FBS independent. USF is a quality American Athletic Conference opponent in a region from which we recruit and have a considerable alumni/ae base.”

“Our goal to play an FCS opponent every year makes sense for our future as we try to secure a minimum of six home games each season,” Bamford said. “Scheduling a regional opponent like Maine — a former FCS rival — is good for New England college football and our fan base.”

The Minutmen also announced today that their previously scheduled game at Indiana in 2017 has been pushed back to Sept. 9, 2023.

UMass, which will begin playing as an FBS Independent next season, has now tentatively completed their 2017 football schedule with 12 games. For their 2016 schedule, the Minutemen need to add one opponent which will likely be an FCS team.

Seems like every team UMass schedules a series with thinks it’s a waste of time, but I like these games for UMass. Broadening the presence in Florida is huge, and playing as many AAC teams as they can to appeal to the league. Should be good games when they come around.