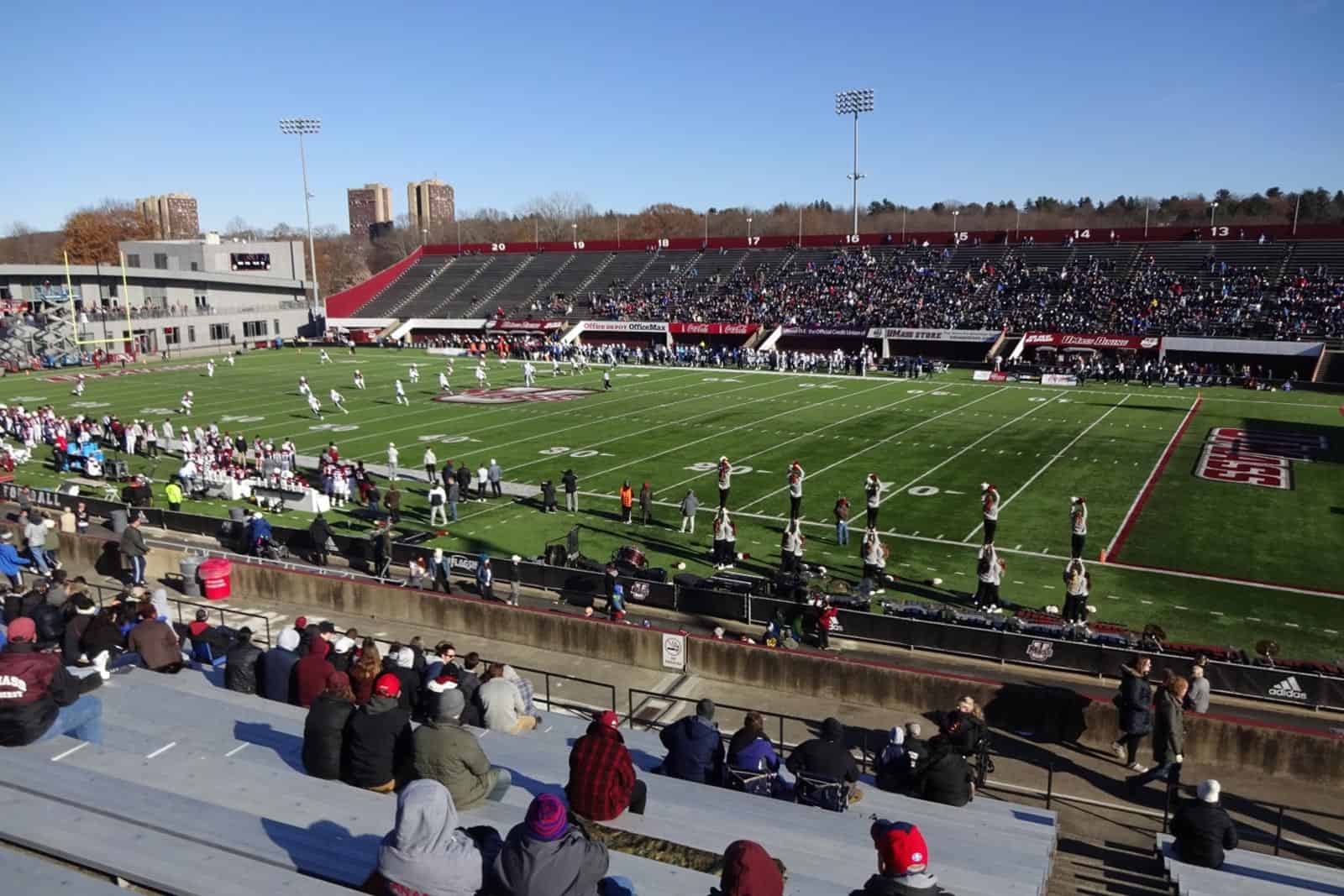 The UMass Minutemen have announced kickoff times for their home football games in 2021, which includes six contests at McGuirk Alumni Stadium.

All UMass home games at McGuirk Alumni Stadium this season will be streamed live by FloFootball.com and broadcast in New England on the New England Sports Network (NESN) family of networks.

UMass will open their 2021 home schedule in Week 2 on Saturday, Sept. 11 against the Boston College Eagles. The game is set for a 3:30pm ET kickoff with coverage by FloFootball and NESN+.

The following week on Sept. 18, the Eastern Michigan Eagles visit McGuirk Alumni Stadium for a 3:30pm ET contest. That game is also set for FloFootball and NESN+.

UMass’ other four home games in 2021 also have kickoff times and will each stream on FloFootball, but the NESN designations have not been set yet:

Kickoff times for two of UMass’ five road games have already been released. The Minutemen will open the season at Pitt on Saturday, Sept. 4 (4:00pm ET, ACCN) and will visit Army on Saturday, Nov. 20 (12:00pm ET, CBSSN).

Good for UMass to get 6 home games, but they had to schedule two FCS teams to do it.