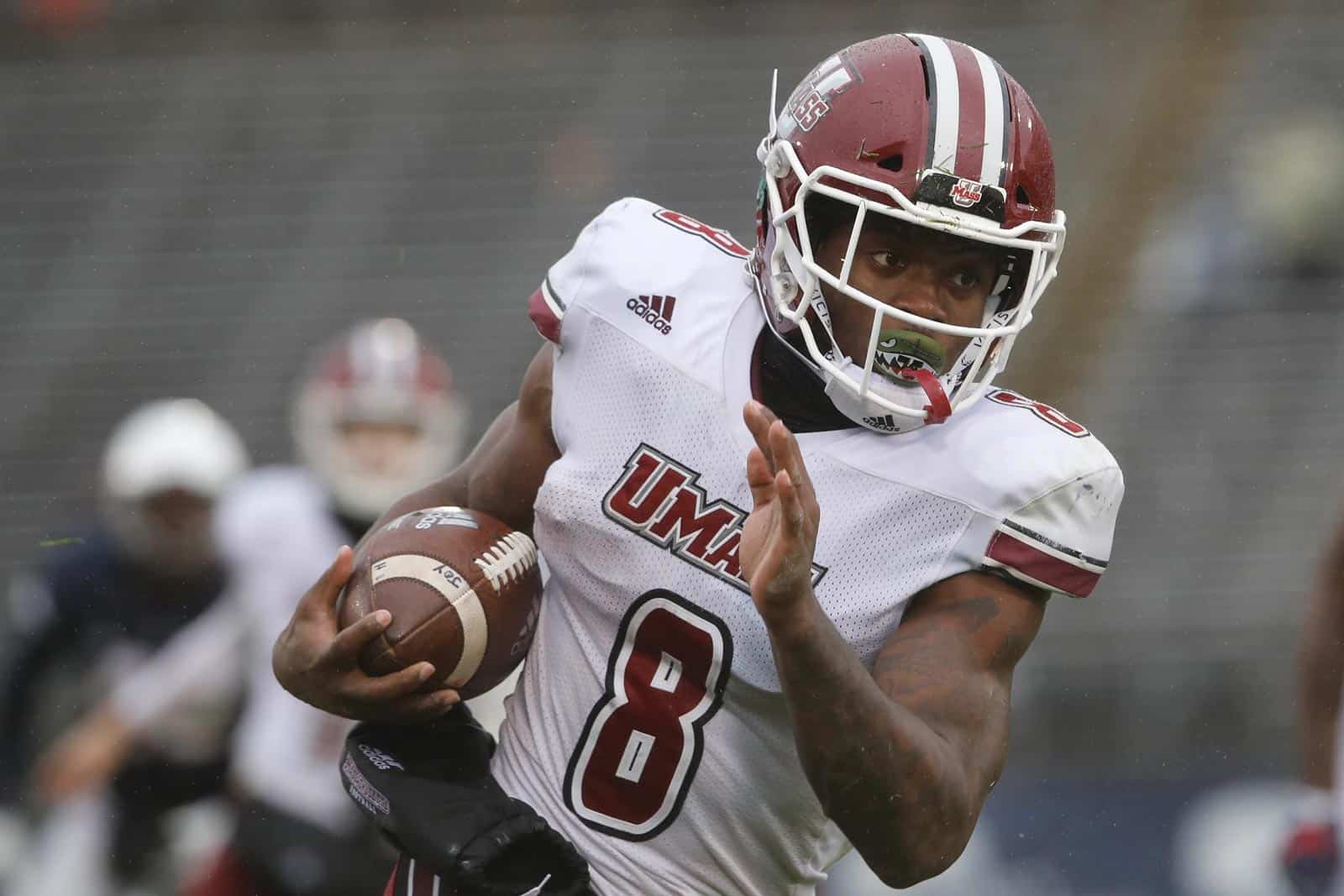 The UMass Minutemen have added two games against the New Mexico Lobos and have changed the dates of two other games on their future football schedules.

UMass and New Mexico will kick off a home-and-home football series at Dreamstyle Stadium in Albuquerque, New Mexico, on Oct. 3, 2020. The series will then conclude three seasons later at McGuirk Alumni Stadium in Amherst, Massachusetts on Sept. 23, 2023.

The 2020 contest between UMass and New Mexico will mark their first-ever meeting on the gridiron.

As a result of adding the series with New Mexico, UMass has pushed back their game at Akron two weeks from Oct. 3 to Oct. 17, 2020. The contest is the second of a home-and-home series that kicks off on Sept. 28, 2019 in Amherst.

UMass was previously scheduled to play at the Mississippi State Bulldogs on Oct. 17, 2020. The Minutemen have pushed that game back four seasons to Oct. 19, 2024. The game date change was reported by GazetteNet.com and is now reflected on Mississippi State’s official website.

Barring any additional changes, UMass’ 2020 football schedule is now complete. The Minutemen are scheduled to open the season at the UConn Huskies on Thursday, Sept. 3.

UMass then hosts back-to-back games at home against the Troy Trojans on Sept. 12 and the UAlbany Great Danes on Sept. 19.