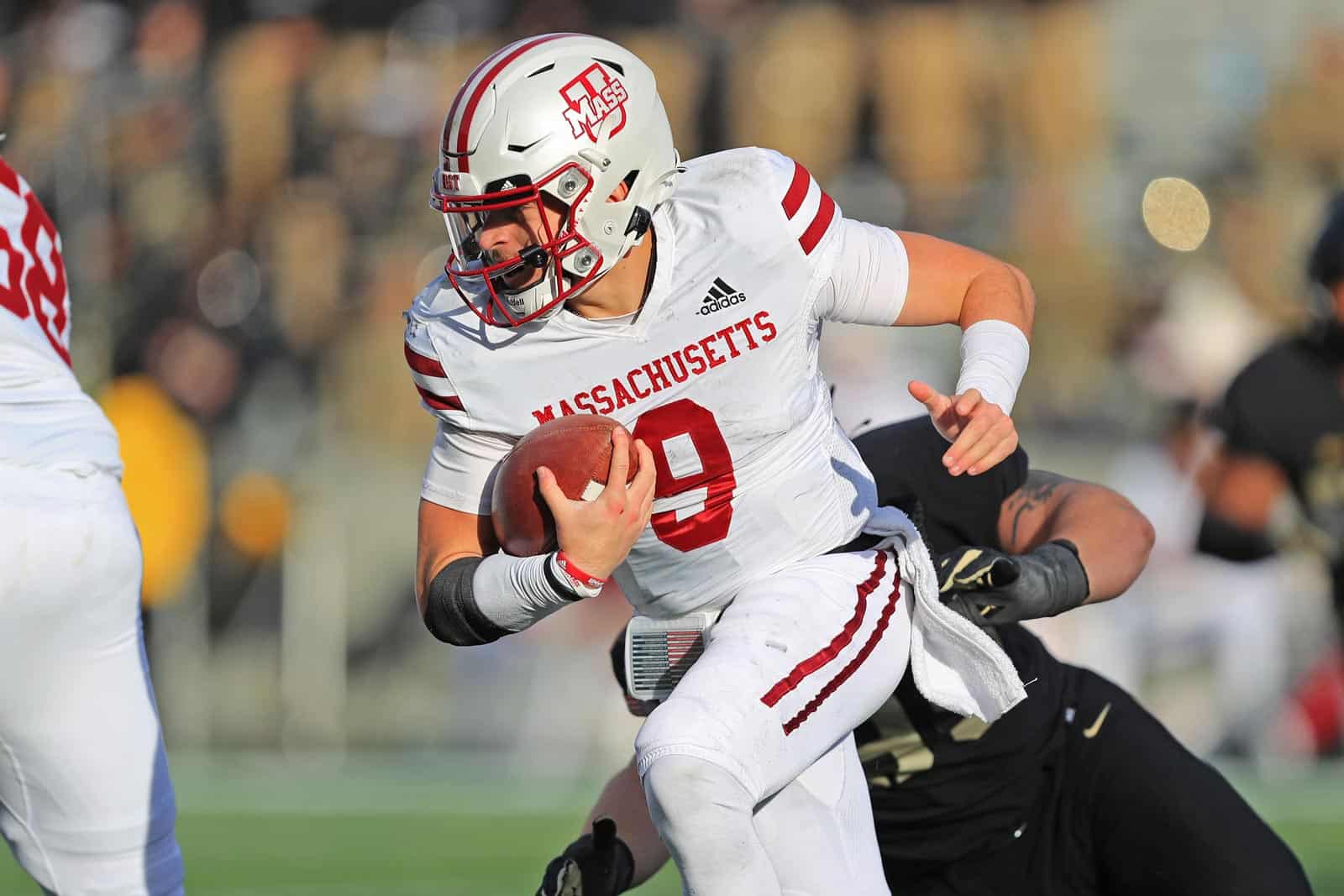 “The 2022 schedule has a great mix of opponents, both on a local and national scale,” said UMass head football coach Don Brown. “We look forward to competing against regional rivals and national powerhouses as we focus on making the first bowl game in FBS history!”

The Minutemen open their home slate at McGuirk Alumni Stadium in Amherst, Mass., against Stony Brook on Sept. 17. Back-to-back road contests are up again as the Minutemen travel to face Temple on Sept. 24 and Eastern Michigan on Oct. 1.

UMass then returns home to host consecutive contests at McGuirk Alumni Stadium against Liberty on Oct. 8 and Buffalo on Oct. 15. Following an open date on Oct. 22, the Minutemen welcome New Mexico State on Oct. 29.

The November slate for the Minutemen begins with three consecutive road contests — at UConn on Nov. 5, at Arkansas State on Nov. 12, and at Texas A&M on Nov. 19.

UMass closes out the 2022 regular-season at home against the Army Black Knights on Nov. 26.

Below is UMass’ complete schedule for the 2022 season with a link to their full schedule that will be updated with kickoff times, TV, etc. as the season approaches.

UMass finished the 2021 season 1-11 overall, which resulted in the firing of head coach Walt Bell. Don Brown returns as the head man of the Minutemen following a successful stint from 2004 through 2008 when he recorded an overall record of 43-19.

All the Advantages of playing a FCS team with the stigma. How come Taexas A&M is the only team to take advantage of this opportunity.