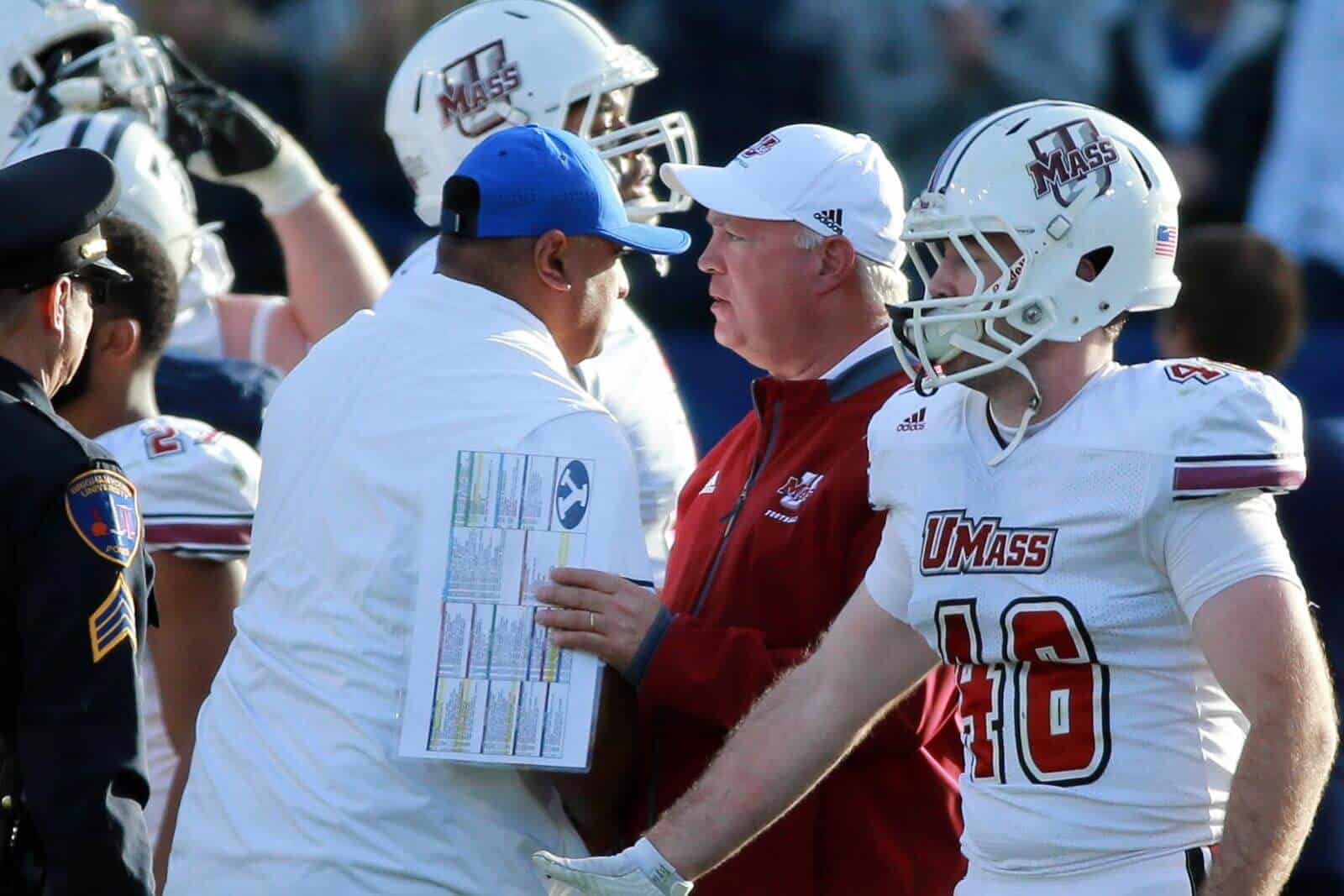 The UMass Minutemen have announced kickoff times for their home football games in 2017, which includes five games at McGuirk Alumni Stadium.

UMass will open the 2017 season in Week Zero at home against the Hawaii Rainbow Warriors on Saturday, Aug. 26. The game is set for a 6:00pm ET kickoff.

UMass also hosts the Maine Black Bears at Fenway Park in Boston on Nov. 11. That game is slated for a 4:00pm ET kickoff.

Kickoff times for road games at Tennessee (Sept. 23), USF (Oct. 14), and Mississippi State (Nov. 4) will be announced 6-12 days prior to the date of the game. Other road game kickoff times were previously announced.

I forgot about that. I need to remember that since my USF Bulls have to go to Hadley on the other end of their home-and-home set with UMass.