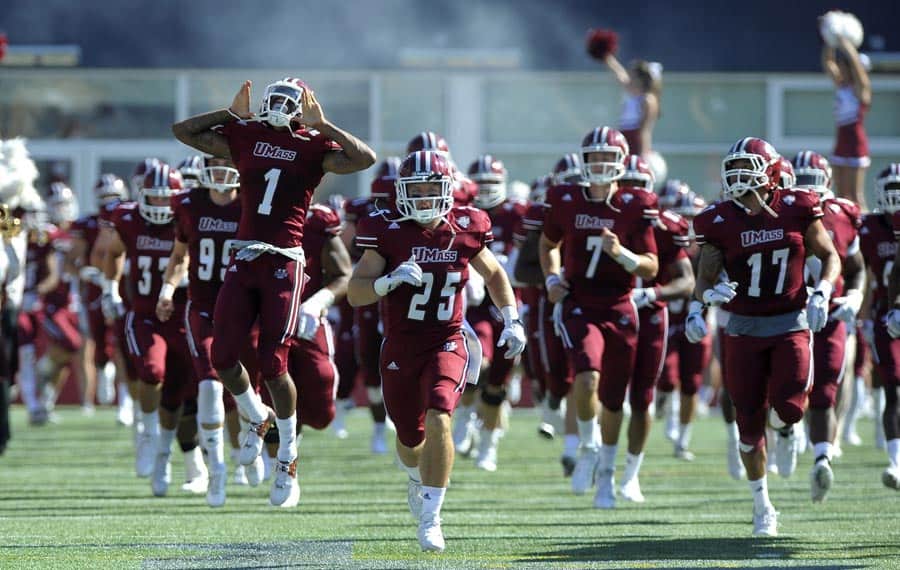 The UMass Minutemen have officially announced the addition of future football series against the Boston College Eagles and the UConn Huskies.

A second home-and-home series was added and announced today. UMass will host Boston College at Gillette Stadium on Sept. 11, 2021. The Minutemen will then travel to play the Eagles in Chestnut Hill on Sept. 17, 2022.

UMass and Boston College first met on the gridiron in 1901 and have played a total of 24 contests. The Eagles lead the overall series 19-5 and have won eight straight.

Also announced today by UMass Director of Athletics Ryan Bamford is a four-game, home-and-home series with UConn. The new series cancels games that were scheduled in 2016 and 2017.

“UMass is fortunate to have the opportunity to help promote college football in this region while also enhancing our 2016 schedule to include an additional home game on campus,” Bamford said. “I’m particularly excited about the changes to our first Independent schedule as they truly enhance the experience for our fans and football student-athletes. As a bonus, we were able to lock in future games with two respected regional rivals through a great partnership with Boston College and UConn. These match-ups are substantial for the UMass football brand and fans throughout the Commonwealth who support major college football.”