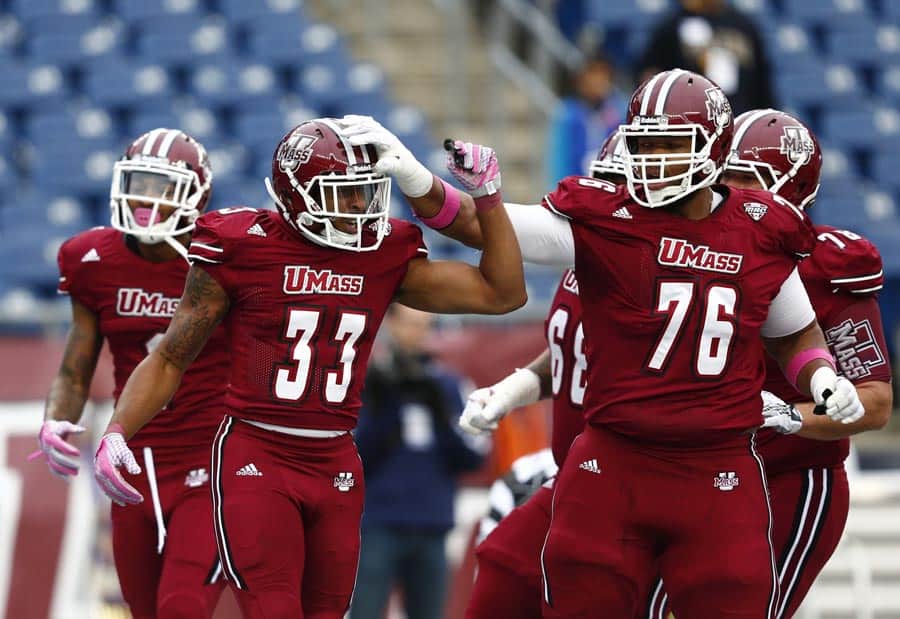 The UMass Minutemen and the Coastal Carolina Chanticleers have scheduled a home-and-home football series for 2017 and 2018, UMass announced today.

In the first game of the series, UMass will travel to face Coastal Carolina at Brooks Stadium in Conway, South Carolina on Sept. 2, 2017. The Minutemen will then host the Chanticleers the following season on Oct. 20, 2018.

Coastal Carolina is moving up from the FCS and will join the Sun Belt Conference in 2017. The Chanticleers will become an official FBS member on July 1, 2017.

“We appreciate the opportunity to play Coastal Carolina in a home-and-home series to balance our 2017 and 2018 schedules,” UMass Director of Athletics Ryan Bamford said. “Under Coach Moglia, Coastal Carolina has proven to be a fine FCS program that will soon successfully transition to FBS play in the Sun Belt.”

The addition of Coastal Carolina completes the 2017 football schedule for UMass. Other opponents that season include Mississippi State, USF, Tennessee, and BYU.

UMass is the first known non-conference opponent for Coastal Carolina for both the 2017 and 2018 seasons.

I’m seriously wondering who UAB is going to play in 2017? The options for non-conference games are rapidly vanishing

It seems to me that it’s almost a lock that Coastal and UAB will play each other. That is just a guess but I mean it makes a lot of sense.

To balance the UMass series, UAB should host Coastal Carolina in 2017, and then Coastal would host UAB in 2018. When Coastal hosts a buy game against an FCS opponent, that gives them the minimum 5 home games for both seasons. Likewise UAB would host an FCS opponent each year, which gives them six home games for 2017 and five for 2018. The NCAA requires a minimum of 10 games, so UAB would need just one game for 2018, which could be on the road. Of course they can play up to twelve both years, so that probably means they get to be “bought” by 3 teams needing home games.

Coastal will have to drop its 2017 game at Western Illinois due to its transition to FBS, so the Leathernecks’ schedule now has an opening, unless if Western Illinois is willing to play at Coastal Carolina.