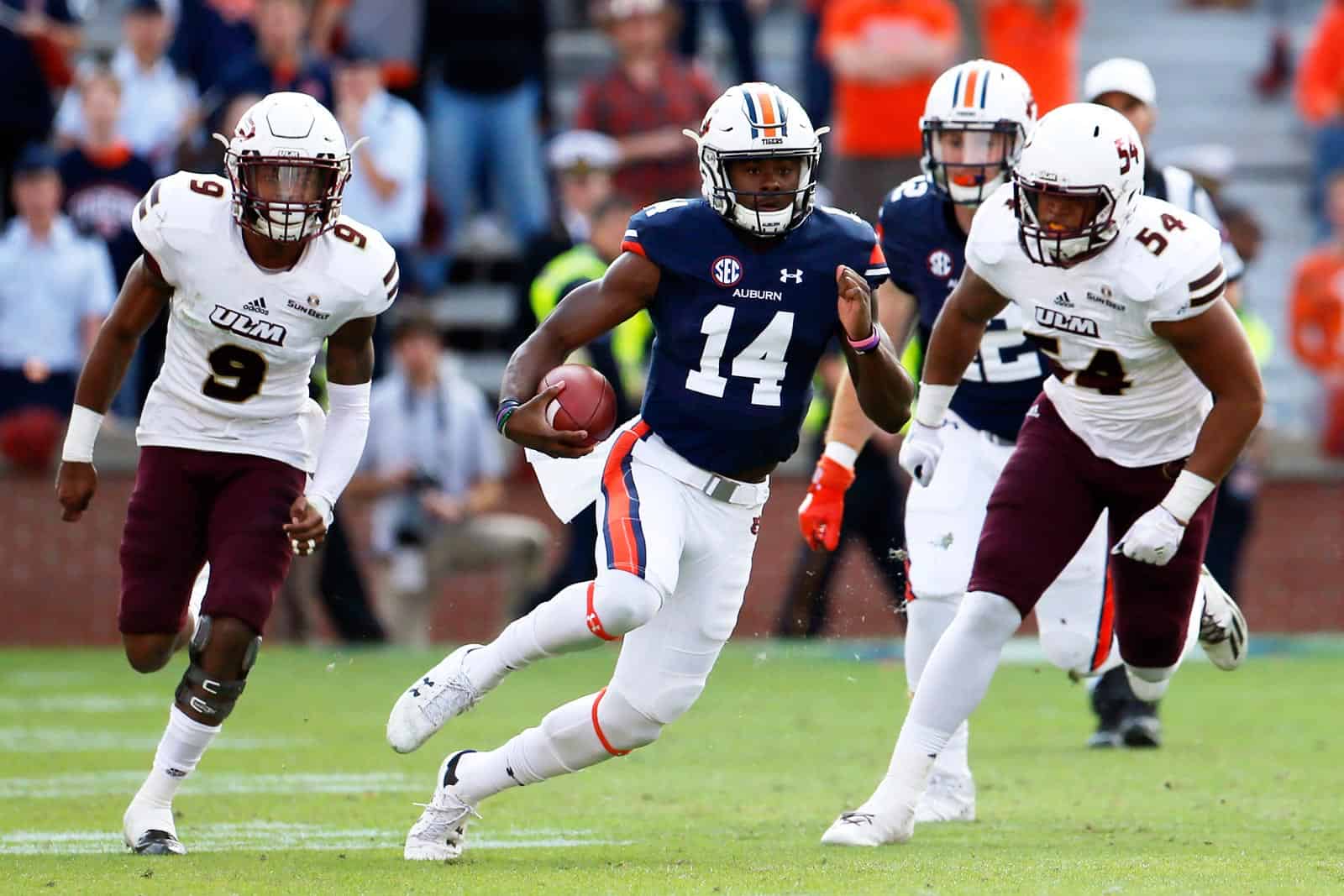 The ULM Warhawks will play at the Auburn Tigers in 2024, FBSchedules.com has learned.

A copy of the football game contract with Auburn University was obtained from the University of Louisiana Monroe via a state public records request.

ULM will travel to take on Auburn at Jordan Hare Stadium in Auburn, Ala., on November 16, 2024. The Tigers will pay the Warhawks a $1.85 million guarantee for the game, according to the copy of the contract.

In 11 previous meetings on the gridiron, Auburn is a perfect 11-0 against ULM. The two schools first met in 1994 and played most recently at Jordan Hare Stadium in 2017, which resulted in a 42-14 Auburn victory.

Auburn is the first scheduled non-conference opponent for ULM in 2024. The Warhawks have two games scheduled against SEC opponents in three of the next six seasons. ULM is slated to face Georgia and Arkansas in 2020, Kentucky and LSU in 2021, Alabama in 2022, Texas A&M and Ole Miss in 2023, and Alabama in 2025.

With the addition of ULM, Auburn now has three scheduled non-conference opponents for the 2024 season. The Tigers are also scheduled to host California on Sept. 7 and New Mexico on Sept. 14. Their fourth and final opponent will likely come from the Football Championship Subdivision (FCS).

In SEC play in 2024, Auburn is currently scheduled to host Arkansas, Florida, LSU, and Texas A&M and travel to Alabama, Georgia, Mississippi State, and Ole Miss.