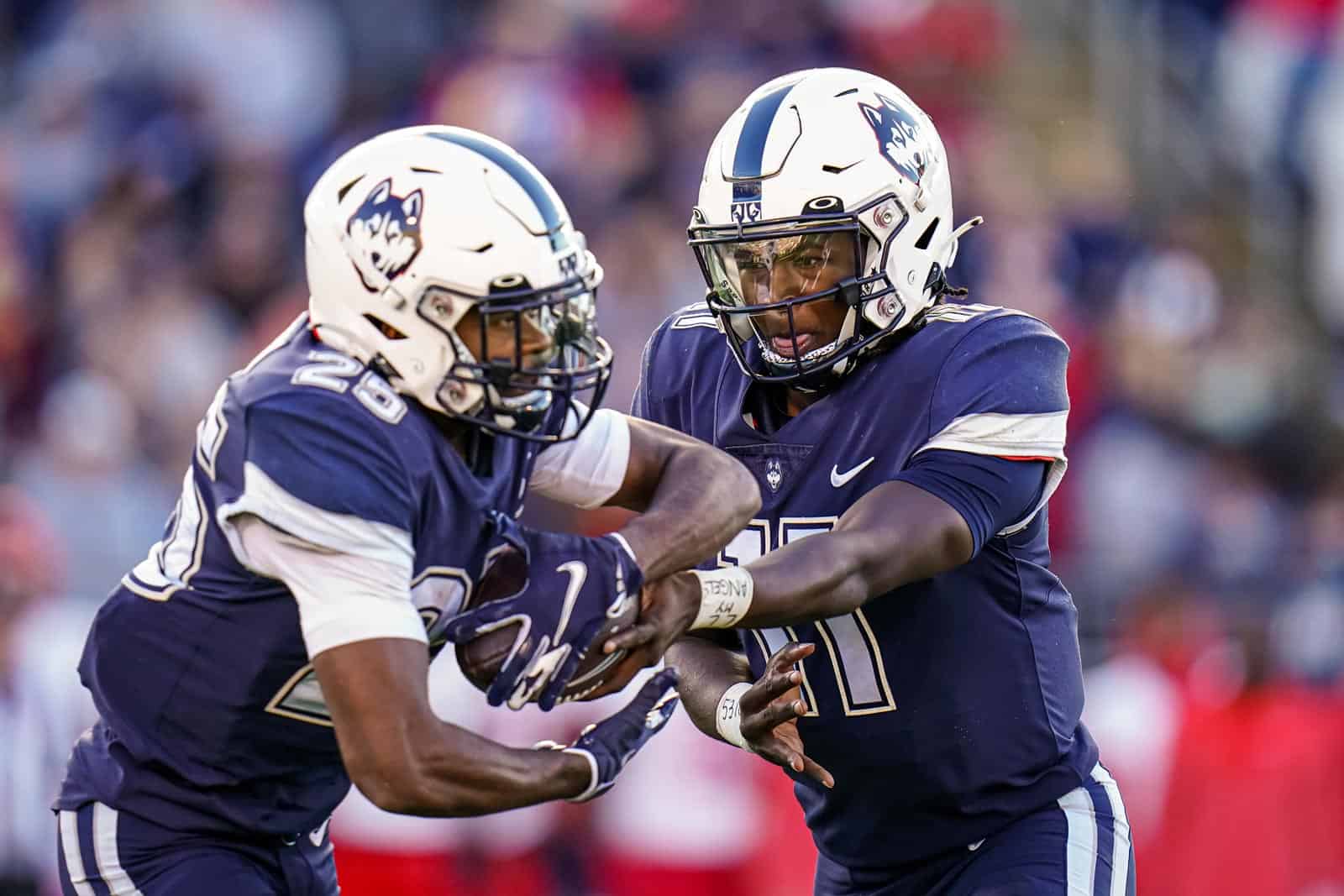 All 12 of UConn’s opponents were previously known and confirmed by the school. However, the previously announced dates for games against the Duke Blue Devils and the NC State Wolfpack were swapped.

UConn will now open the 2023 season at home at Pratt & Whitney Stadium at Rentschler Field in East Hartford, Conn., against NC State on Saturday, Sept. 2. The game was previously slated for Sept. 23.

The Huskies will then head south to take on Georgia State at Center Parc Stadium in Atlanta, Ga. on Sept. 9. A three-game homestand follows, beginning with FIU on Sept. 16. Duke, previously slated to visit on Sept. 2, visits East Hartford on Sept. 23, followed by Utah State on Sept. 30.

Next, UConn visits Rice on Oct. 7 before their open date on Oct. 14. After a home tilt against USF on Oct. 21, the Huskies travel for three consecutive road games at Boston College on Oct. 28, at Tennessee on Nov. 4, and at James Madison on Nov. 11.

The Huskies close out their regular-season schedule with a home game against Sacred Heart on Nov. 18 and then a neutral-site contest against UMass on Nov. 25 (location to be determined).

Below is UConn’s complete schedule for the 2023 season, plus a link to their schedule page which will be updated with kickoff times and TV as they are announced:

In their first season under head coach Jim Mora, the Huskies finished 6-7 and earned a post-season trip to face Marshall in the Myrtle Beach Bowl in Conway, S.C., where they fell 28-14.