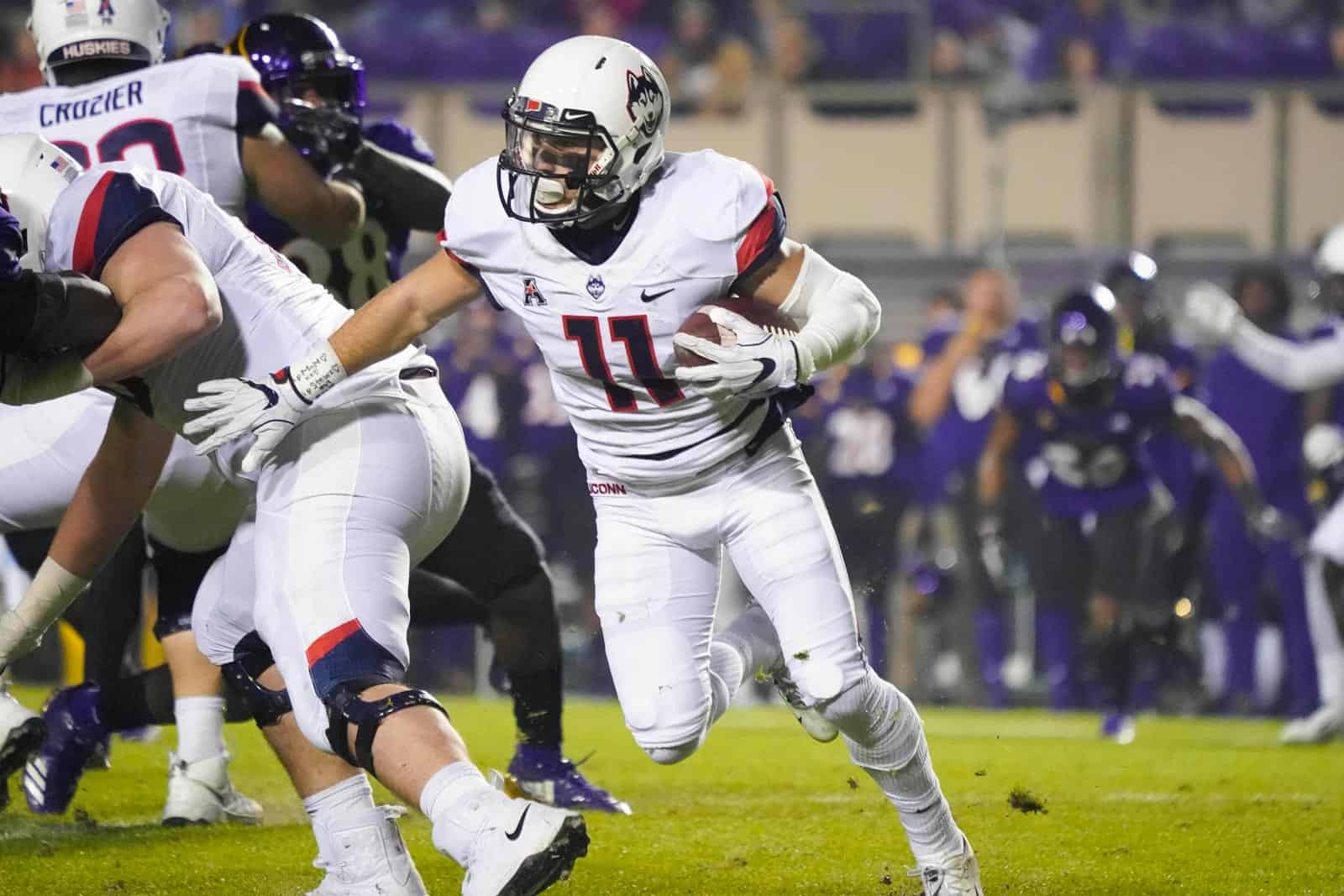 The UConn Huskies and the Duke Blue Devils have scheduled a home-and-home football series for 2023 and 2024, it was announced on Monday.

The series will begin with UConn playing host to Duke at Pratt & Whitney Stadium at Rentschler Field in East Hartford, Connecticut, on September 2, 2023. The Huskies will travel to take on the Blue Devils the following season at Wallace Wade Stadium in Durham, North Carolina, on September 14, 2024.

UConn and Duke first met on the gridiron in 2004 and the two schools have played twice overall. The Huskies defeated the Blue Devils in both meetings, 22-20 in East Hartford in 2004 and 45-14 in Durham in 2007.

UConn now has three non-conference opponents scheduled for the 2023 season. The Huskies are slated to host NC State on Sept. 23 and travel to Boston College on Nov. 18.

Duke is UConn’s first announced non-conference opponent for their 2024 schedule.

The Blue Devils now have three non-conference opponents scheduled for both the 2023 and 2024 seasons. Other opponents in 2023 include Northwestern on Sept. 9 and Notre Dame on a date to be announced, both in Durham.

Duke’s 2024 schedule currently includes a game at Northwestern on Sept. 7 and a home contest against Middle Tennessee, which was previously announced as Sept. 14 and will be moving to another date.

UConn opens the 2019 season on Thursday, Aug. 29 at home against the Wagner Seahawks. Duke opens two days later with a significantly tougher test in the Alabama Crimson Tide at Mercedes-Benz Stadium in Atlanta, Georgia.

Is UConn auditioning for a spot in the ACC? This will be a fun series to watch for.

UConn plays ACC teams so often they (along with Cincinnati) should just join the conference.

The next wave of realignment could happen in a few years’ time. The ACC has got everything BUT geographical football divisions (what they do have are profitable and successful athletic programs, a great TV contract, a large footprint in the eastern US, and now their own cable TV network). UConn and Cincinnati would be perfect additions to the ACC, given that the ability to have geographic football divisions would help matters a lot. Every other Power 5 conference with divisions has geographical divisions. And if the Big 12 adds certain schools, so will they.