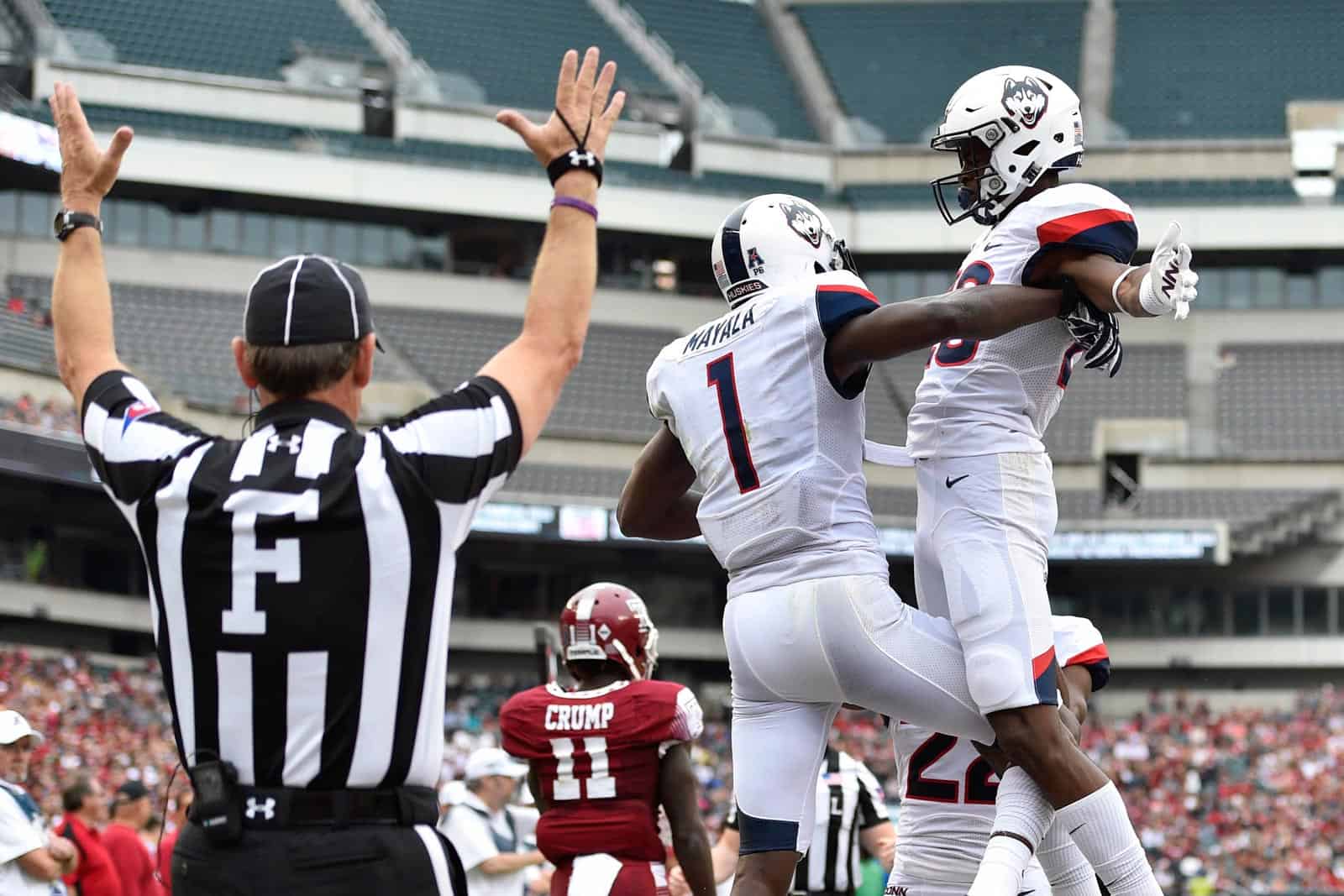 The UConn Huskies have added games against the Vanderbilt Commodores and the Georgia State Panthers to their future football schedules, it was announced on Wednesday.

UConn will travel to take on Vanderbilt at Vanderbilt Stadium in Nashville, Tenn., on Oct. 2, 2021. The game will mark the fourth overall meeting between the two schools on the gridiron.

In their first meeting on the gridiron in 2002, Vanderbilt slipped by UConn 28-24 in Nashville. The two schools then split a home-and-home series, with the Huskies winning 40-21 in East Hartford, Conn., in 2010 and the Commodores returning the favor the following season in Nashville, 24-21.

UConn, a Football Bowl Subdivision (FBS) Independent, now has 10 games scheduled for the 2021 season. Home opponents include Holy Cross, Purdue, Wyoming, and Middle Tennessee. In addition to Vanderbilt, the Huskies are slated to travel to Fresno State, Army, UMass, Clemson, and UCF.

Vanderbilt was previously scheduled to host Houston on Oct. 2, 2021. UConn replaces that contest, per a release from the Commodores. It’s unknown if the Houston game will be rescheduled or canceled.

The remainder of Vanderbilt’s non-conference slate in 2021 includes ETSU and Stanford in Nashville and a trip to face Colorado State.

UConn and Georgia State have scheduled a home-and-home football series for the 2023 and 2024 seasons. UConn will travel to play Georgia State at Georgia State Stadium in Atlanta, Ga., on Sept. 9, 2023 and will host the Panthers at Rentschler Field in East Hartford on Nov. 2, 2024.

The 2023 contest between UConn and Georgia State will mark their first-ever meeting on the gridiron.

Do you know what is happening to the game UConn has vs Lafayette in 2023? It’s scheduled the same day, but I assume FCS games are easier to move around.

Will probably change dates, but don’t know anything concrete yet.