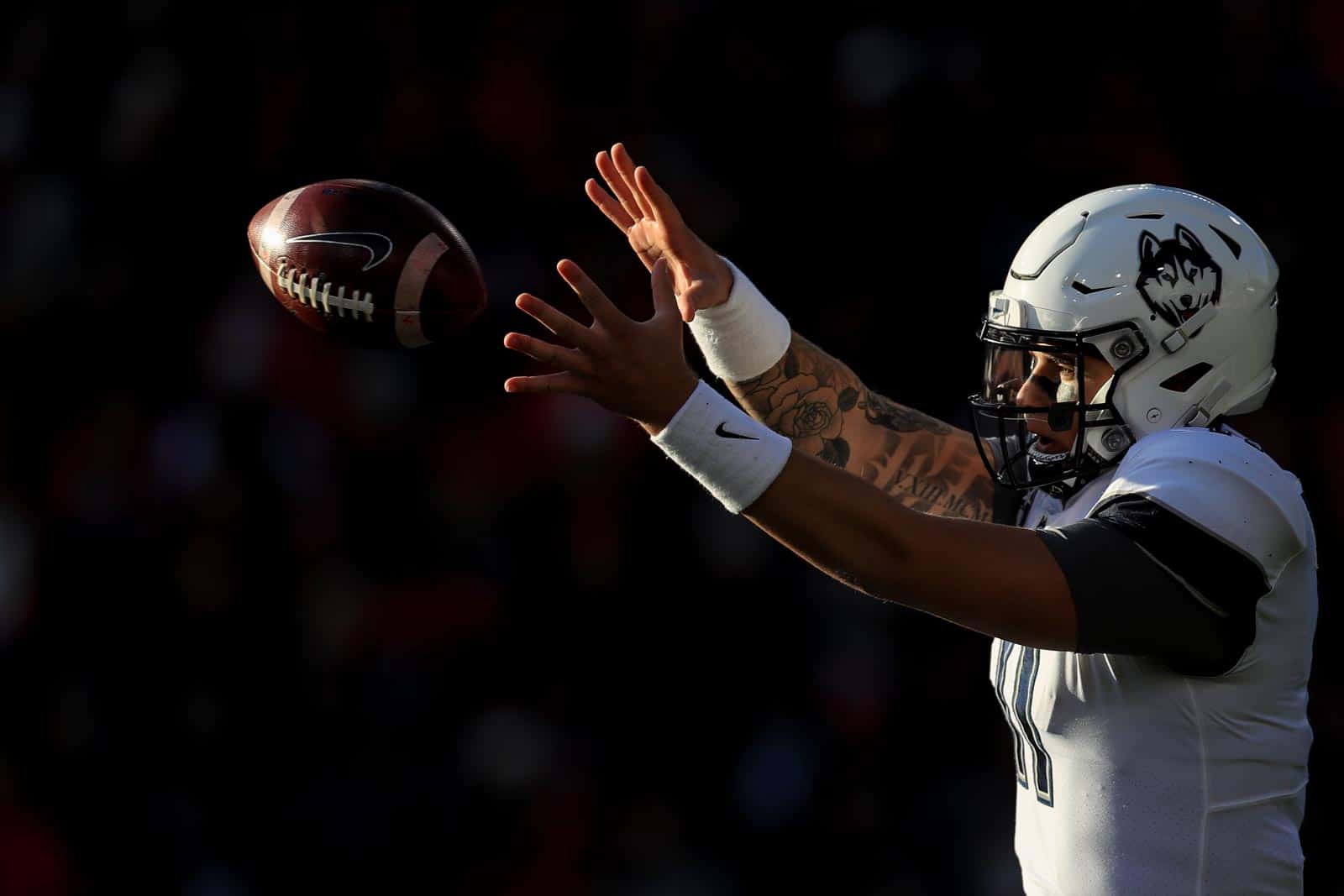 The UConn Huskies have added Ball State, Fresno State, and Middle Tennessee to their future football schedules, the school announced on Monday.

UConn will play the Ball State Cardinals in a home-and-home football series beginning at Scheumann Stadium in Muncie, Ind., on Oct. 15, 2022. The Huskies will host the Cardinals three seasons later at Rentschler Field in East Hartford, Conn., on Sept. 20, 2025.

UConn and Ball State first met on the gridiron in 2000 and have played a total of three contests. In their most recent matchup in 2002, Ball State defeated UConn 24-21 to extend their lead in the series to 3-0.

The Huskies will open the 2021 season in Week Zero on Saturday, Aug. 28 on the road against the Fresno State Bulldogs at Bulldog Stadium in Fresno, Calif. The following season on Oct. 1, 2022, the Bulldogs will return the game at UConn.

UConn also announced today the addition of a home contest at Rentschler Field against the Middle Tennessee Blue Raiders on Oct. 23, 2021. The two schools are also scheduled to meet in East Hartford on Nov. 21, 2020, which was previously announced.

Below are UConn’s partial football schedules for the 2021 and 2022 seasons:

UConn should schedule more power opponents, and if they can beat them frequently (and their non-power opponents too) it might make them more attractive to P5 leagues in the future. A lot of people are in favor of BYU joining the Big 12 (me included) because they frequently schedule P5 opponents as an independent.

Basketball needs to improve too, at least the men’s team. The women’s team is so good right now that being in the American ended up being detrimental to them (they haven’t lost to a single American opponent, RS or tourney), that’s part of the reason why UConn is joining the Big East.

If UConn had been able to beat power opponents frequently, they’d be in the ACC instead of scheduling home and homes with the likes of Ball State and Middle Tennessee.

“UConn should schedule more power opponents, and if they can beat them frequently”

Sure, and if pigs could fly, they would be birds.

UConn has about as much chance of success again P5 as UMass does.

UConn football was respectable for a few years up until they made the Fiesta Bowl. They can be respectable again.

They seem either not want to schedule Power 5 teams or are unable to find a home and home partner for this. They do have NC State, Duke, Maryland and Boston College from 2022 onward, but this batch is totally Group of 5. They seem to be set as a Group of 5 Independent, try to get a good rivalry with U Mass and Army. Not able to get Syracuse on the schedule?

As someone who’s from CT and still follows their basketball program. The football team is terrible, only wins this year were against umass and a FCS team.

They already have a dozen kids transferring out this off season.

They need to be scheduling teams they can actually beat. Many fans suggested going back to FCS were they had success before moving to D1.

As for mens basketball they are getting much better. They already beat Miami by 20 and Florida this year. They also have two big time recruits coming in next year.

Find a few other teams, and they could form a football-only conference on the East Coast. Get on TV more, get some bowl tie-ins, make more money for everybody, without the cost overheads of an all-sports conference.

You got all the FBS Independents East of the Mississippi. U-Conn left the American, UMass was kicked out of the MAC, Army left the MAC and Liberty just got to FBS a few years ago.

Besides getting some FCS teams like JMU there is nothing left to do. 4 teams does not make a conference.

They should at least start playing each other every year.