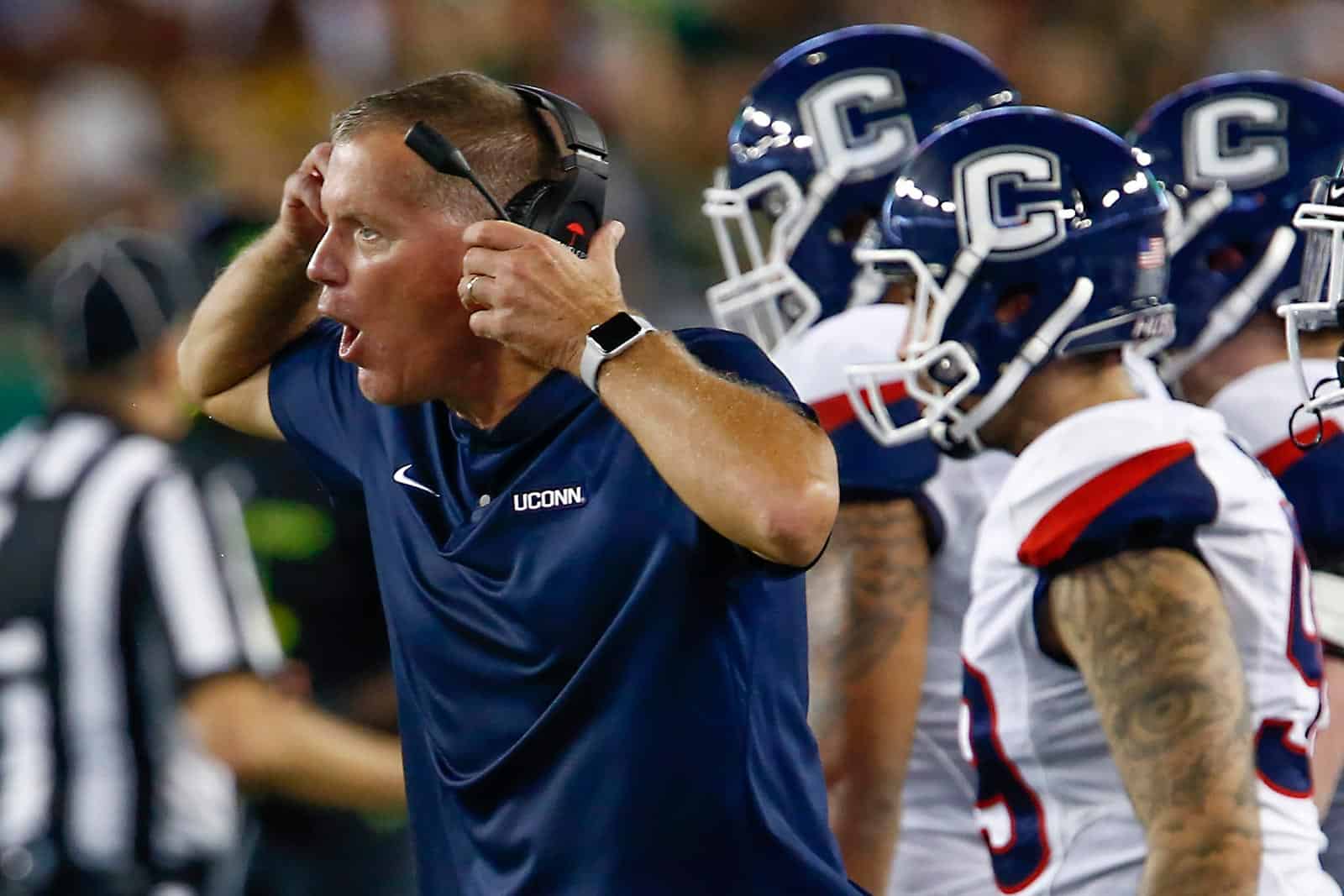 The UConn Huskies have added games against the Michigan Wolverines and the North Carolina Tar Heels to their future football schedules, the school announced on Thursday.

UConn will play a single-game against the Michigan Wolverines at Michigan Stadium in Ann Arbor, Mich., on Saturday, Sept. 17, 2022. The Wolverines will pay the Huskies a $1.8 million guarantee for the game, per the release.

The 2022 meeting will mark the third overall matchup between UConn and Michigan. The Wolverines won both prior contests, 30-10 at Michigan Stadium in 2010 and 24-21 at Rentschler Field in East Hartford, Conn., in 2013.

Michigan has completed their 2022 football schedule with the addition of UConn. The Wolverines are also slated to host Colorado State (Sept. 3) and Hawaii (Sept. 10) in non-conference action. Their Big Ten schedule includes Maryland, Penn State, Nebraska, Illinois, and Indiana at home and Iowa, Michigan State, Rutgers, and Ohio State on the road.

In three previous meetings, UConn is 0-3 against North Carolina. The two schools are scheduled to meet this season in Chapel Hill on Nov. 7.

I would like to see UConn improve its football program. By scheduling P5 opponents, and if they beat them, they’d be building themselves up like FSU did decades ago, which, like FSU might get them into the ACC. The difference is that FSU joining the league forever changed the league’s stature in football, whereas UConn would strengthen the league’s presence in the Northeast. Cincinnati would be added too because having an odd # of football teams is undesirable in this day and age.

Uconn is a long way away from beating any P5 team. They had over 20 players transfer out over the last 2 months. Next years recruiting class is currently ranked 111st in the country.

The football program was $13 million in the RED last year mainly because of distant travel in the AAC. That is the main reason why they are taking these pay day games against big teams and scheduling more local teams ie Buffalo.

Team gives them 6 home games and a handful of winnable games. If they loaded up on P5 teams they would never have a winning season.