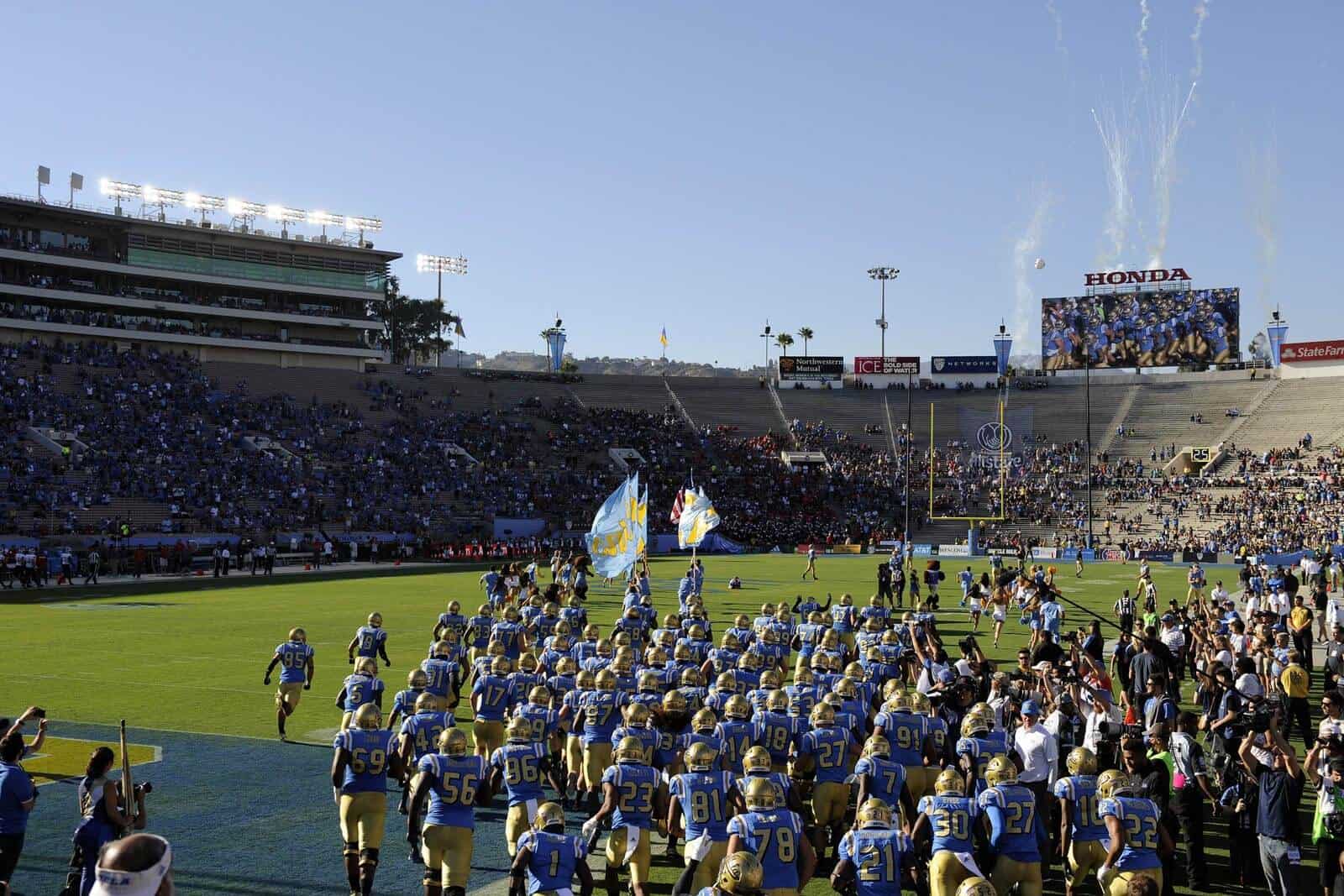 The UCLA Bruins and the Wisconsin Badgers have scheduled a home-and-home football series for 2029 and 2030, both schools announced on Tuesday.

In the first game of the series, UCLA will host Wisconsin at the Rose Bowl in Pasadena on Sept. 15, 2029. The two teams will then square off the following season at Camp Randall Stadium in Madison on Sept. 7, 2030.

“UCLA is one of the premier programs in college football,” UW Director of Athletics Barry Alvarez said. “We had some memorable bowl games when I was on the sidelines but this is a great opportunity for us to play them at Camp Randall. Non-conference scheduling is always a challenge but the folks at UCLA have been great to deal with and we look forward to the series.”

The series marks the first scheduled non-conference opponent for both UCLA and Wisconsin for the 2029 and 2030 seasons.

I hear Wisconsin has the inside track on a can’t miss star of his kindergarten team that should really be able to help in the 2030 game.

I get that once anybody starts scheduling this far out, everyone feels like they can’t risk waiting, but it’s getting out of hand.