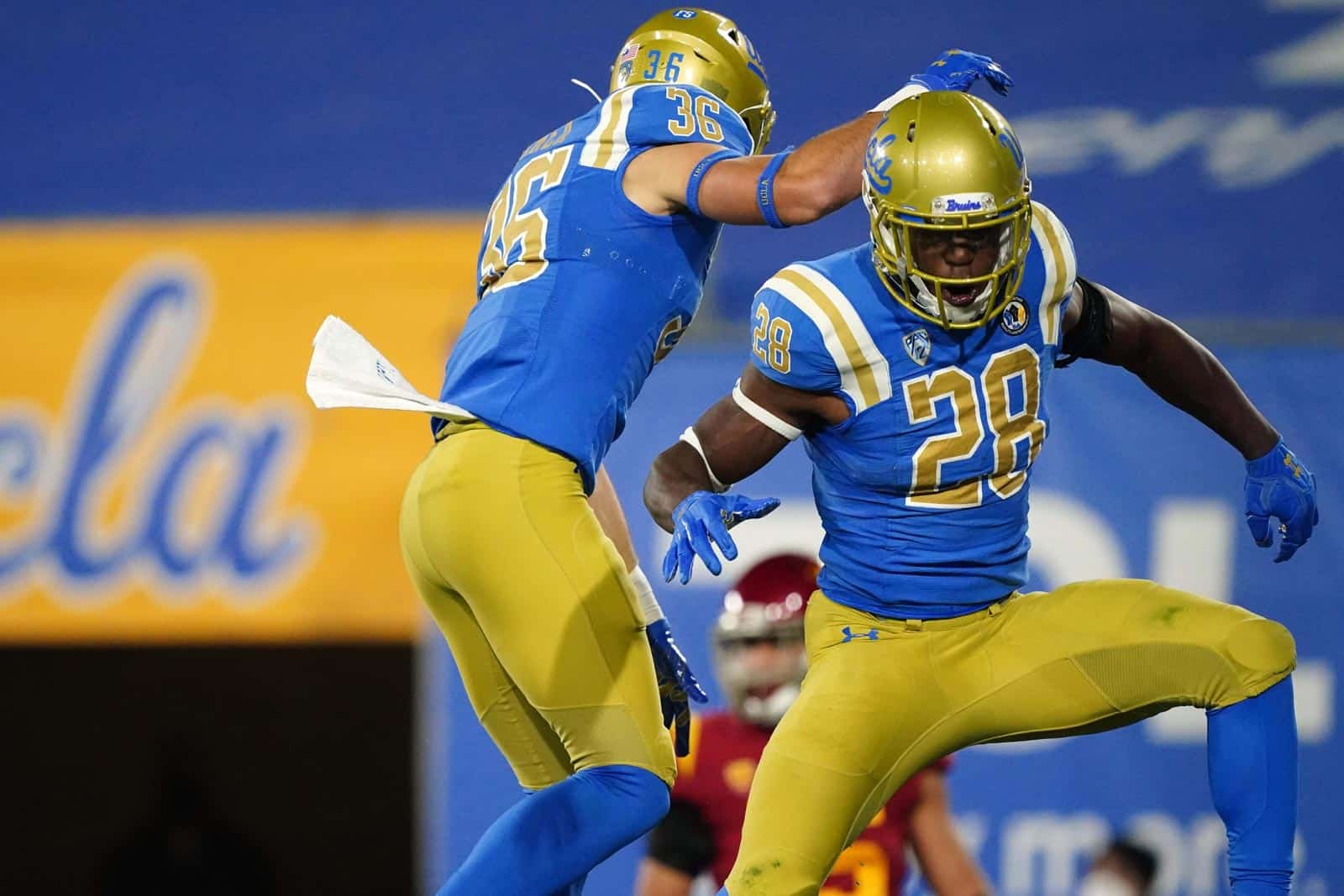 The UCLA Bruins have added the Alabama State Hornets and the North Carolina Central Eagles to their future football schedules, it was announced on Wednesday.

The Alabama State contest will mark UCLA’s first-ever contest against an HBCU opponent and first game against a team from the FCS.

“Adding two HBCUs to our football schedule is special,” said the Alice and Nahum Lainer Family Director of Athletics Martin Jarmond. “It’s exciting to give our student-athletes and fans a new experience and to bring a little bit of the South to Southern California.”

“This is an exciting time for Alabama State and our football program,” Alabama State Director of Intercollegiate Athletics Jennifer Lynne Williams said. “When we recruit student-athletes to come to Alabama State we let them know they will have the opportunity to showcase their talents against some of the best competition in the country. In doing so, we don’t just stop at the Southwestern Athletic Conference or FCS for that matter, we go nationwide to display ‘Hornet Pride!’ The pageantry of the Rose Bowl venue and everything that comes along with it is special. This will be something our student-athletes will remember for a lifetime.”

“We are excited about the opportunity to play UCLA, a member of the Pac-12 conference,” said NCCU football head coach Trei Oliver. “For our young men to be able to play in the Rose Bowl, the most storied venue in all of college football, is an experience of a lifetime.”

First-ever meetings versus the FCS. Jumping into the shallow end of the FCS pool. The MEAC and the SWAC are no longer strong enough to be consistently represented in the FCS playoffs. This scheduling gambit is virtue-signalling at its finest.

UCLA should win each of these games by at least eight TDs.

While at it, schedule some HBCUs in basketball, including games at their places. Go to Raleigh-Durham for two games in three days, playing NCCU, as well as Duke, UNC or NCSU …. or go to Washington, DC, and play Howard and G’town …. or go to Houston and play PVA&M and Houston, Texas or TAMU …. or go to Baton Rouge and play Southern and LSU …. or to the Philly area and play Delaware St and Villanova or Temple …. and so forth.

How great would it be for an HBCU to have a home game versus the UCLAns and also get to play at Pauley Pavilion?!?!

Likewise, could you imagine the crowd at Florida A&M in Tallahassee or Eddie Robinson Stadium in Grambling if UCLA Football came to town? They could make a true contribution to HBCUs by playing at their place. And bring a bit of Southern California to the South.

As for these programs coming to the Rose Bowl, that is a huge stadium and I’m not sure how much of a draw ASU & NCCU will be to folks in Pasadena, who don’t come close to filling the stadium even for conference games.

Hats off to UCLA for giving NCCU and Alabama St. games,at least you know they’ll show up unlike cowardly Michigan.
While yes,UCLA will most likely win by 40 in each game,NCCU and Alabama St’s bands will be doing the same to UCLA’s bands. HBCU have the best bands on any level…..and fans will turn up to see each school band play.
I saw Howard play at Eastern Michigan a few years back…..Howard’s band was so good,EMU’s band didn’t even play once the game started.

Why did Michigan back out of this series? Odd they aren’t playing a power 5 non conference game those years.

Michigan is barely a power 5 team in its own right.