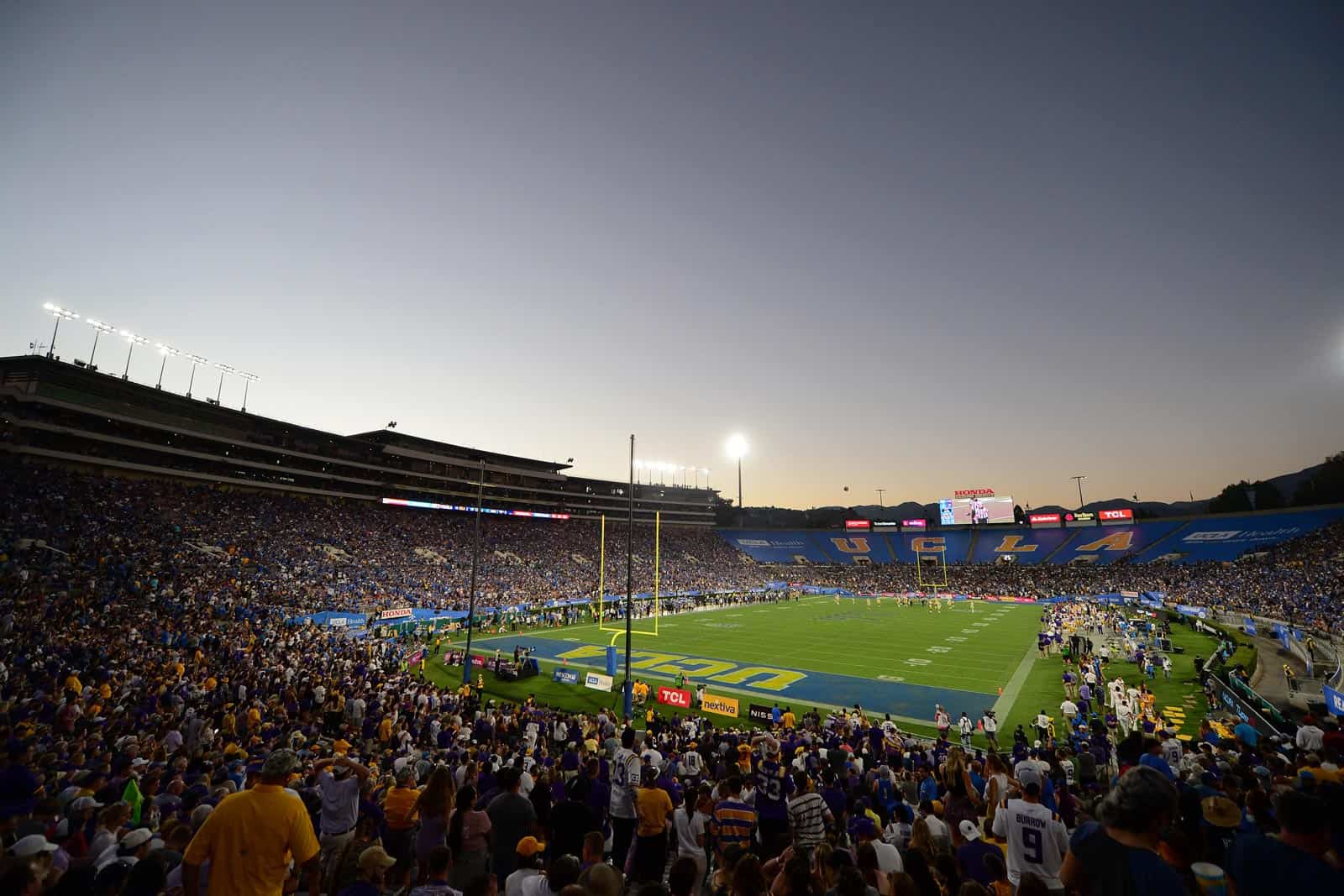 The UCLA Bruins have scheduled a future home-and-home football series with the Northwestern Wildcats and a single home game against the UC Davis Aggies, the school announced on Wednesday.

UCLA and Northwestern first met on the gridiron in 1931 in Evanston and have played a total of six contests. In their most recent matchup in the 2005 Sun Bowl in El Paso, Texas, the Bruins defeated the Wildcats 50-38 to even the series at three games apiece.

The UCLA Bruins will also host the UC Davis Aggies in a Week Zero game to open the 2027 season on Saturday, Aug. 28. The game will mark only the third meeting between the two California schools.

With the addition of UC Davis, UCLA has tentatively completed their non-conference schedule for the 2027 season. The Bruins are also slated to host the Auburn Tigers on Sept. 4 and travel to take on the Hawaii Rainbow Warriors on Sept. 18 that season.

Since UCLA plays at Hawaii in 2027, the Bruins were able to schedule the UC Davis game for Week Zero. The Bruins also have the option to schedule a 13th game that season, but most schools in that situation just take the extra off week.

Like Cal, UCLA is a public Ivy and located in a metro area loaded with NU alums that NU doesn’t visit often.

It is going to going to be a good series when it gets here. And scheduling UC Davis is pretty cool as well. The Aggies are a tough FCS school to be sure.