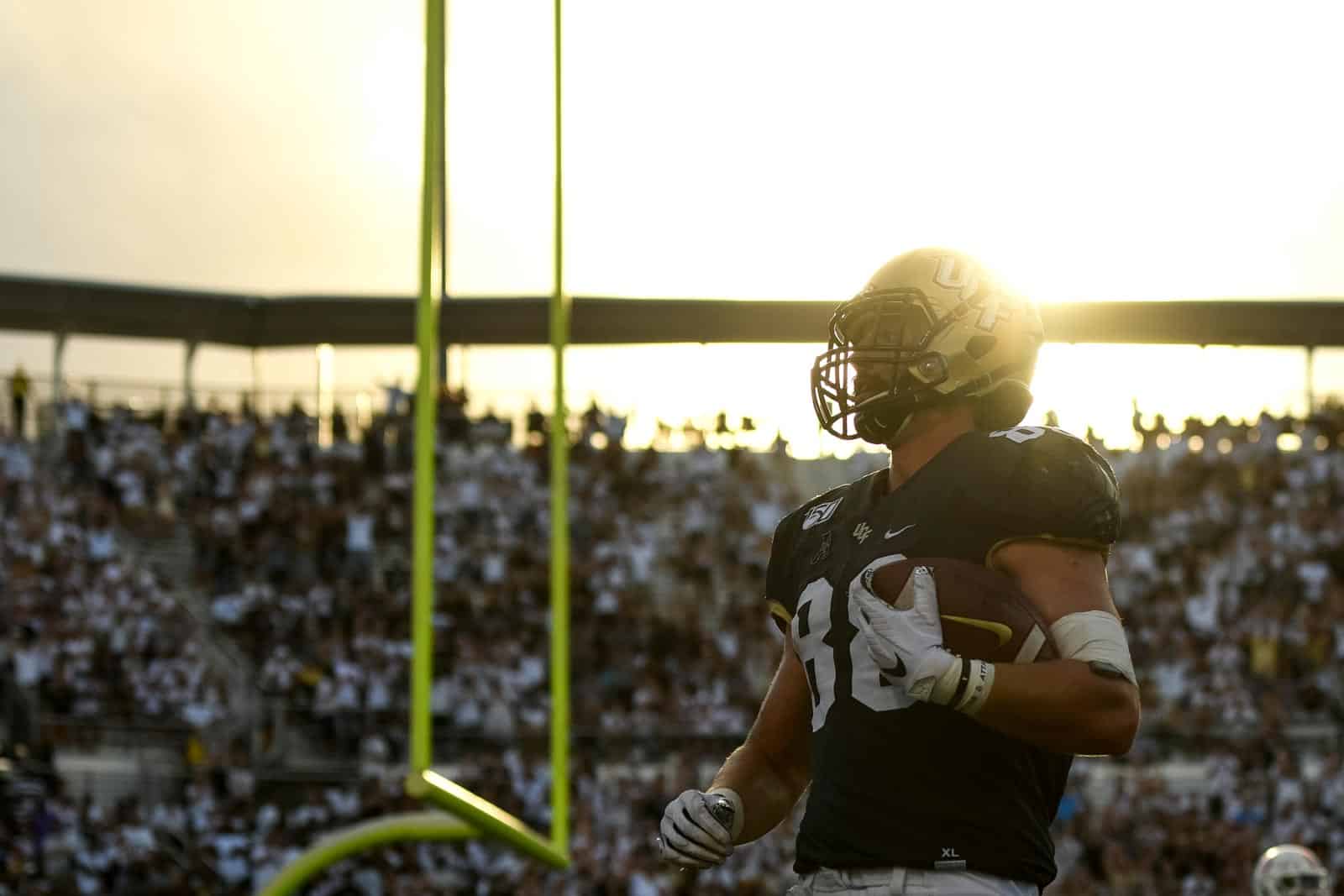 The UCF Knights have scheduled home-and-home football series with the Boise State Broncos and the BYU Cougars, it was announced on Tuesday.

UCF and Boise State will kick off their home-and-home series at Spectrum Stadium in Orlando, Fla., in Week 1 of the 2021 season. The series will then conclude two seasons later at Albertsons Stadium in Boise, Idaho, on September 9, 2023.

The BYU Cougars will visit Spectrum Stadium to take on the UCF Knights on November 11, 2023. The Knights and Cougars will then square off to open the 2024 season on August 31 at LaVell Edwards Stadium in Provo, Utah.

UCF’s release today also indicates that they have moved their 2024 contest at North Carolina to September 11, 2027.

“BYU and Boise State represent big-time strength-of-schedule games for our program based on their records and top-25 rankings in recent years. We are committed to continue to schedule attractive, meaningful football games both for our fans and student-athletes. BYU and Boise State are both power programs, and we’re proud to play them,” said UCF athletics director Danny White.

To accommodate the series with UCF, Boise State has postponed two future football games. The Broncos have moved their 2021 game at Houston to September 20, 2025, and their 2023 home game against Rice to September 15, 2029.

“We are excited to have this series on the schedule, and thrilled to be able to bring our fans another marquee game on The Blue,” Boise State Director of Athletics Curt Apsey said. “I believe this is a match-up that college football fans throughout the country want to see, and one that our student-athletes will be excited to play.”

BSU, BYU and UCF could all end up in the Big 12 by the end of the next decade. The Big 12 might only be able to survive with a major expansion of the conference.

Depends on where current members of the Big 12 go. Since the SEC is unlikely to commit Oklacide (bringing in OU and Ok State) and go to 16, that stalls one breakup. That leaves the PAC 12 as the instigator. Do they want to take OU, Texas, and two others? Seems like they’d have to take Tech and Ok State to create the same state “balance” they have with Oregon/OSU, Washington/Wazzu, and Arizona/ASU.
.
I guess you can make a new Big XII by adding BSU, BYU, UCF, Colorado State, USF, and another one or three… to Kansas, K State, Iowa State, WVU, TCU and Baylor… but it sure seems ugly. Houston, Cincinnati and Utah State I guess. Two seven team divisions… West=USU,BSU,BYU,CSU,TCU,Houston,Baylor and East=USF,UCF,KU,KSU,ISU,WVU,Cincy. Sorry, Memphis… the huge population (and eyeballs) growth in Utah wins out.

Thing is USU and CSU aren’t as big brands as BSU and BYU. Oklahoma and OK State could in fact go to the SEC, which means UCF, USF, BSU, BYU, Memphis, Temple, SMU and Houston all are in my projections to go to the Big 12.

If UConn dramatically turns around in football that will get them into the ACC and Louisville will insist Cincy join the ACC too – they are big rivals located along I-71.

Glad to see these tough games for UCF.

I am not sure that the Big 12 really wants to expand in football. The geography bases basic cable deals that last decade expanded the Big 10, SEC, ACC and PAC 10 really have stalled out as cord cutters are beginning to change the economics of these conferences. I suspect in the future every school will have it own internet site and brand, similar to what only Notre Dame, BYU and Texas have today.