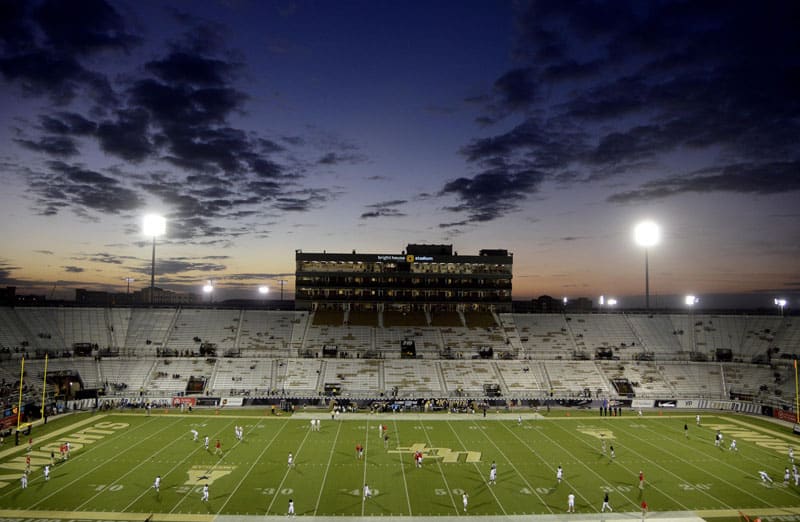 The UCF Knights and the Florida Atlantic Owls have scheduled a home-and-home football series for the 2018 and 2019 seasons, the schools announced today.

UCF will host the first game of the series at Bright House Networks Stadium in Orlando on Sept. 22, 2018. The Knights will then travel to face the Owls at FAU Stadium in Boca Raton on Sept. 7, 2019.

The two schools have only met one time previously, a 2003 matchup at the Florida Citrus Bowl in Orlando. UCF won that game 33-29.

FAU is the first announced non-conference opponent for UCF in 2018 and second in 2019. The Knights are also slated to host Stanford on Sept. 14, 2019.

The UCF Knights are the first announced non-conference opponent for Florida Atlantic for both the 2018 and 2019 seasons.

Holy cow! That picture does not give a flattering image of UCF. Their attendance numbers are usually decent.

Or is that a practice?

That is not a game. If It were you would see the close to 100 players UCF would dress for a home game.

Photo needs more of a beach

good to see florida schools go at it, no matter big or small.. #FLORIDAFOOTBALL!!!!