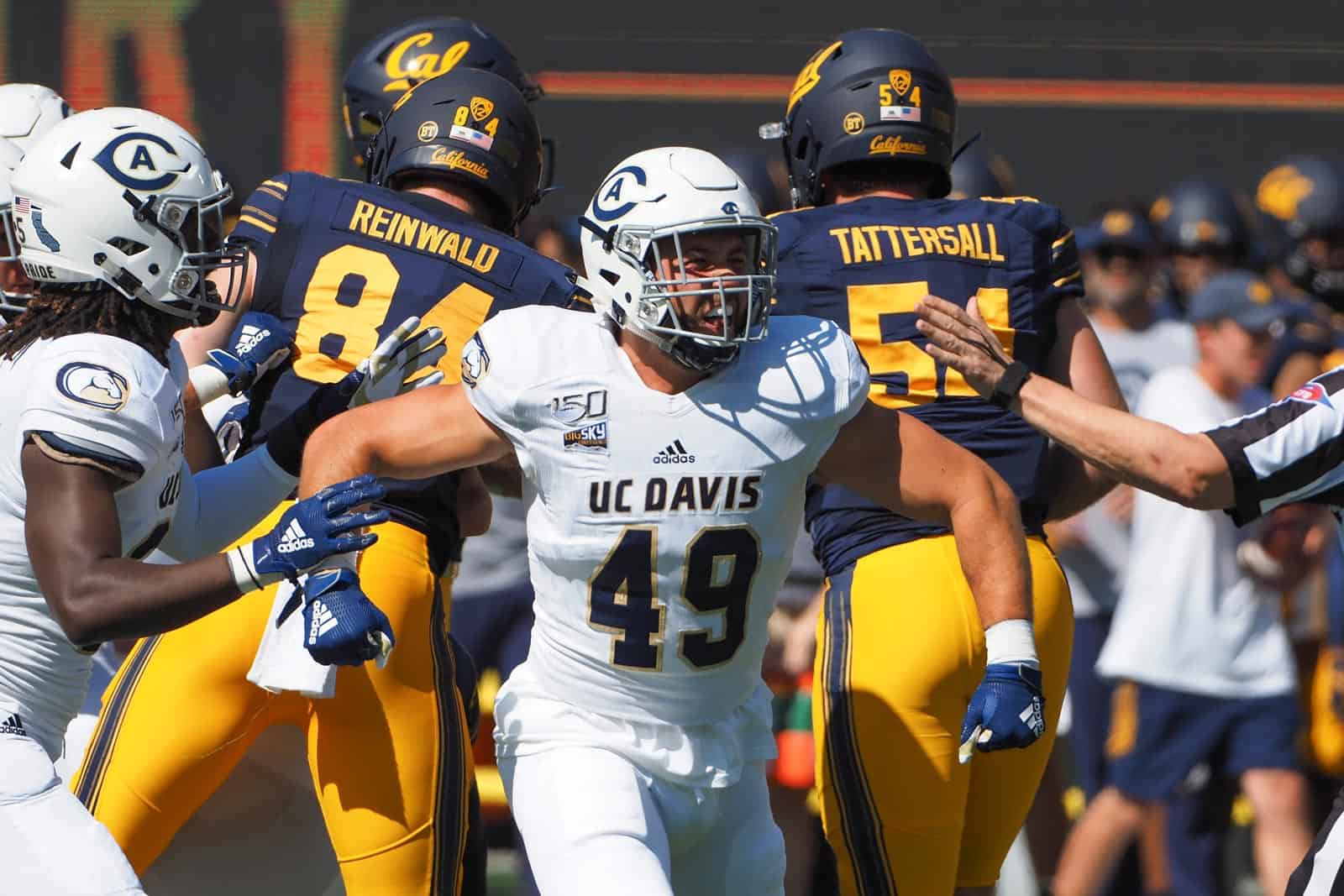 The UC Davis Aggies have added the San Diego Toreros to their fall 2021 football schedule, the school announced on Wednesday.

The announcement of the game against San Diego was made in conjunction with the release of UC Davis’ fall 2021 Big Sky football schedule. UC Davis will travel to take on San Diego at Torero Stadium in San Diego, Calif., on Saturday, Sept. 11, 2021.

UC Davis will open the 2021 season on Thursday, Sept. 2 on the road against the Tulsa Golden Hurricane. Non-conference action wraps up on Sept. 18 at home at Aggie Stadium in Davis, Calif., when the Aggies host the Dixie State Trailblazers.

Big Sky Conference action for UC Davis in the fall of 2021 begins on the road in Ogden, Utah, against the Weber State Wildcats on Sept. 25. Other road conference opponents for the Aggies include the Idaho State Bengals on Oct. 9, the Cal Poly Mustangs on Oct. 23, and the Northern Arizona Lumberjacks on Nov. 6.

Conference opponents scheduled to visit Aggie Stadium this fall include the Idaho Vandals on Oct. 2, the Northern Colorado Bears on Oct. 16, the Eastern Washington Eagles on Nov. 13, and the Sacramento State Hornets on Nov. 20.

With the addition of UC Davis, the San Diego Toreros have completed their fall 2021 non-conference slate. San Diego is also scheduled to host the Cal Poly Mustangs on Sept. 4 and travel to play the Montana State Bobcats on Sept. 18.