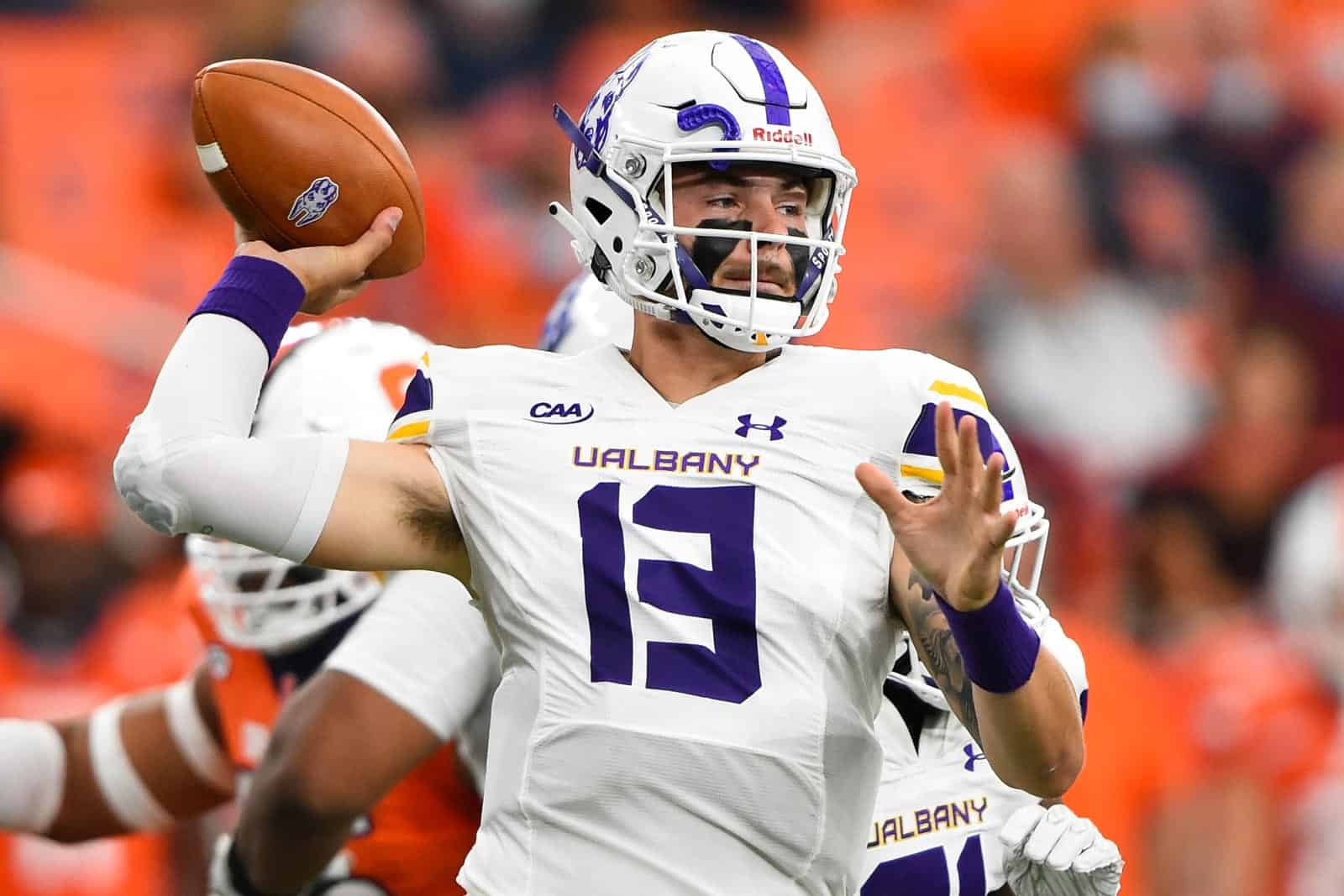 The UAlbany Great Danes and the Colgate Raiders have scheduled a home-and-home football series for 2027 and 2028, FBSchedules.com has learned.

A copy of the football game agreement with Colgate University was obtained from the University at Albany via a state of New York Freedom of Information Law request.

UAlbany and Colgate first met on the gridiron in 2007 and have played five contests overall. In their most recent matchup in 2014, the Great Danes defeated the Raiders 37-34 in Hamilton to take a 3-2 lead in the series.

Both UAlbany and Colgate compete at the Football Championship Subdivision (FCS) level. The Great Danes are members of the Colonial Athletic Association (CAA), while the Raiders play in the Patriot League.

Colgate is the first scheduled non-conference opponent for UAlbany for both the 2027 and 2028 seasons.

The Raiders have two other non-conference opponents scheduled in 2027. Colgate is scheduled to open the season on the road against the Colorado Buffaloes on Sept. 4 and then travel to take on the William & Mary Tribe on Sept. 11.